This Malayalam actor postponed his wedding for flood relief works

Rajeev Pillai in an interview revealed that how he along with other people made a raft to rescue people from the flood hit area.

Many celebrities from the film industry have extended their support for the people of Kerala. However, one actor has gone a step ahead by personally visiting and lending hand to all the people affected in the Kerala floods. Malayalam actor Rajeev Pillai reportedly postponed his wedding for the cause. Yes, and the actor has won hearts of everyone with this kind gesture. Rajeev Pillai in an interview revealed that how he along with other people made a raft to rescue people from the flood hit area.

“Five hundred meters from my home, an entire area came under water. The only bit which was safe in my village was the area where we lived. There was no time to wait for rescue boats and we made a raft with whatever whatever we could get. There were only 10 or 12 of us who were strong enough to pull the raft all the day so for the past 48 hours we have been in the water,” the actor was quoted as saying to Times Of India.

According to reports, Rajeev was supposed to get married with Ajitha a few days ago, but Kerala floods in his native place Nannoor, situated in Thiruvalla, he postponed the wedding. He along with another group of people participated in rescue operations. With the recent reports, Rajeev Pillai has decided to keep his wedding a low key affair with a Thalikettu ceremony alone.

On the work front, Rajeev Pillai is busy with the shoot of his next film, which is a biopic on Southern star Shakeela. The film also stars Richa Chaddha in the female lead. The multi-talented actor, who debuted as a lead actor with the 2011 crime thriller, City of God, starring Prithviraj Sukumaran, has had a successful career in the fashion industry, having walked the ramp for several major fashion weeks and has also worked for a few international brands. Although not much is known about his role, we are eager to see what this new pairing has in store for us 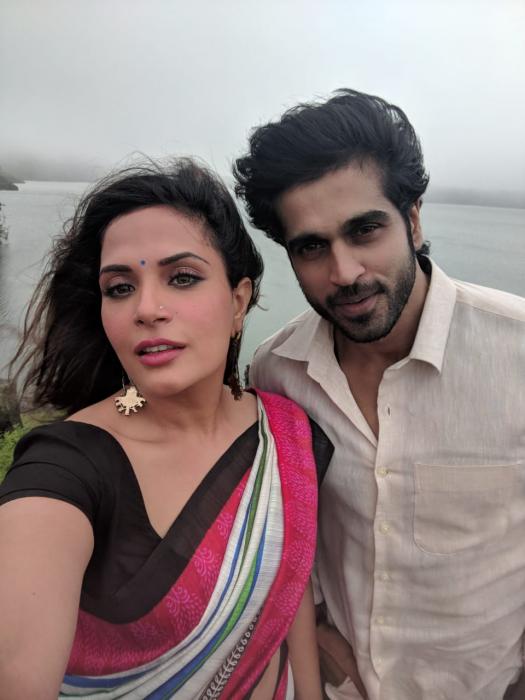