Priya Varrier has become the newest heartthrob of Malayalam cinema thanks to her cute wink in the much-loved Manikya Malaraya Poovi from Oru Adaar Love.

Priya Prakash Varrier, whose debut film Oru Adaar Love is yet to release in the cinemas, is already a sensation on the web, courtesy her cute wink in the much-loved Manikya Malaraya Poovi from the film. Priya’s super cute expressions have left the netizens floored and we totally understand why.

Featuring newcomers, Priya and Roshan Abdul Rahoof the film is set in a high school and explores romance at that age.

We came across a picture of Priya with Roshan and the two look perfect together. In the picture, Priya is seen wearing a traditional outfit. She has rounded her look with beautiful earrings, pink lipstick and a bindi. Roshan, on the other hand, looks handsome in a white shirt. The two are all smiles and look extremely adorable. 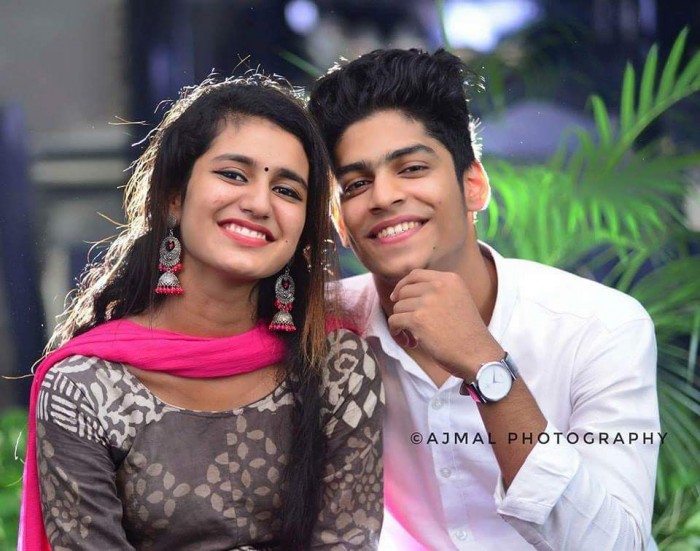 During a chat with a leading daily, Priya spoke about becoming an overnight sensation and said that it was a surreal experience.

“I am very happy. Don’t know how to handle so much love. It’s completely surreal. I’m falling short of words trying to express myself. Never expected this,” she added.

Within a few days of the clip going viral on the social media, Priya has 2.6 million users following her on Instagram.

Well, surprisingly, it is more than the number of followers Malayalam superstar Mohanlal has on Instagram. Not just that, popular Malayalam actor Dulquer Salmaan and Telugu actress Anushka Shetty are behind Priya too.

Priya’s family, on the other hand, is apparently not too happy with the frenzy around her. They are yet to come to terms with all the noise, reports a news portal.