While her debut film is yet to be released, Priya Prakash Varrier has bagged a deal worth Rs one crore.

Internet sensation Priya Prakash Varrier, who went on to win everyone’s heart with a wink, is currently grabbing all the attention on the professional front as she bags her first commercial deal. The young actress who will make her debut in Malayalam movie by Omar Lulu called Oru Adaar Love, is going a long way. While her debut film is yet to be released, Priya has bagged a deal worth Rs one crore. Yes, you read that right! Priya was recently spotted shooting for the same on Friday morning at Mumbai Film City.

“She shot for the commercial on Friday morning at Film City. It was a heavily guarded shoot, as it marks her debut in the national ad-space. We have been informed that she has been paid around Rs 1 crore to endorse the brand. That’s a huge sum for a newcomer,” a brand expert revealed to a daily.

Here’s the recent picture of her shooting for a brand at Film City in Mumbai: 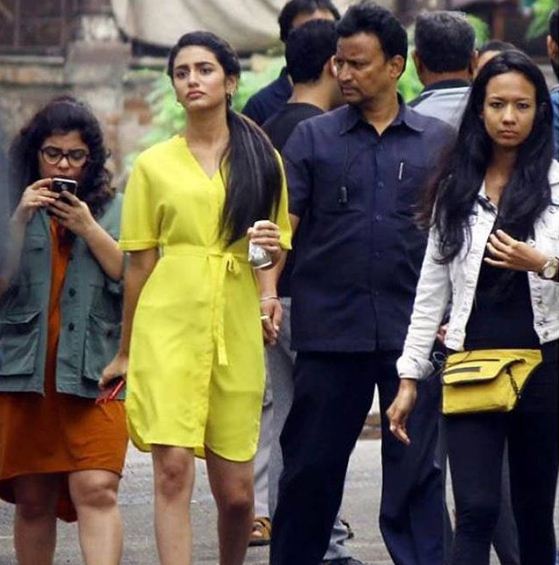 To uninitiated, Malayalam actress Priya Prakash Varrier became globally famous with just a wink and well, she continues to trend on social media. She has received huge fan following even before her debut film, all thanks to a wink and flash of a smile in the teaser of her debut film Oru Adaar Love.

Coming back to her upcoming debut film, Oru Adaar Love is directed by Omar and co-stars Noorin Shereef and Siyadh Shajahan. The plot of the story revolves around higher secondary students, their lives, love and friendship. The film will be released in Tamil, Telugu and Hindi apart from Malayalam in June.

Meanwhile, if recent reports are anything to go by, Priya is all set to make her Tamil debut in Soodhu Kavvum fame Nalan Kumarswamy’s next yet-untitled project. However, nothing much about the film has been revealed.