Priya Prakash Varrier has become a sensation on the web, courtesy her cute wink in the much-loved Manikya Malaraya Poovi from the film, Oru Adaar Love.

Priya Prakash Varrier has become a sensation on the web, courtesy her cute wink in the much-loved Manikya Malaraya Poovi from the film, Oru Adaar Love. Priya has not only caught youngster’s heart with her cute expressions, but has also charmed her way into the hearts of many other celebrities.

Today, we came across a picture of Priya Prakash, where she is looking incredibly gorgeous. Priya’s no makeup look and perfect smile will steal your hearts away.

Check out the picture: 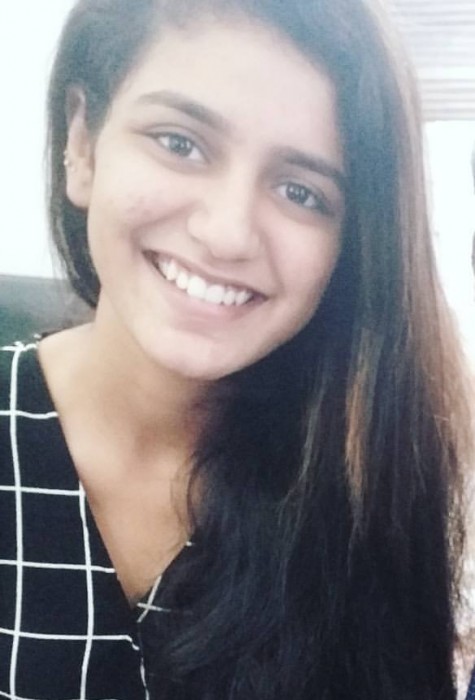 The beautiful actor has found a new fan in Bollywood actor Rishi Kapoor. Yesterday, Rishi Kapoor took to his Twitter account and wrote, ‘’I predict huge Stardom for this girl. Priya Warrier. So expressive, coy coquettish yet innocent. My dear Priya, you going to give all others in your age group a run for their money. God Bless and the best to you! Mere time mein naheen ayeen aap! Kyon? Lol.’’

Well, it seems that the actor is highly impressed by Priya Prakash Varrier.

Meanwhile, during a chat with a leading daily, Priya spoke about becoming an overnight sensation and had said, “I am very happy. Don’t know how to handle so much love. It’s completely surreal. I’m falling short of words trying to express myself. Never expected this.”

The song has become extremely popular and is topping all the charts. About the song Priya had said, “The director wanted me to play with my eyebrows in a certain way. It’s a mappila song (rhythmic songs in the north Kerala tradition) that has been recreated for the film.”