Home » Tamil » Features » Birthday Special: Upcoming films of Keerthy Suresh that we are dying to watch

Birthday Special: Upcoming films of Keerthy Suresh that we are dying to watch

Today, as Keerthy Suresh turns a year older, we take a look at some of her most eagerly-awaited upcoming films.

The lovely Keerthy Suresh is arguably one of the most charming and popular names in Southern cinema today. In just a handful of years, the vivacious lady has carved a niche for herself thanks to her sincere performances, good looks and elegant personality. Moreover, she has also won the hearts of fans thanks to her sweet smile and humble attitude. Keerthy Suresh was born on 17 October 1992 in Chennai.  Today, on her birthday, let us take a look at some of her most important upcoming films and wish her the very best for a bright future.

PSPK 25: A Trivikram Srinivas directorial, the film is slated to hit screens next year during Sankranti and has already created quite a buzz amongst fans. In it, Keerthy will be seen alongside the much-loved Pawan Kalyan. A still from the film was released last month and indicated that Keerthy-PK could make quite a lovely onscreen pair, indeed!

Savitri biopic: Titled Mahanati, it is arguably one of the biggest films of Keerthy’s young career and will see her essay a character based on yesteryear star Savitri. The film’s first look was released earlier today and left fans asking for more. Besides Keerthy, it also features Dulquer Salmaan in the lead. The Mollywood superstar will be playing Gemini Ganesan in this eagerly-awaited biopic.

Saamy Square: A sequel to the 2003 release ‘Saamy’. ‘Saamy Square’ is touted to be an action-packed affair and will see Keerthy share screen space with the much-loved Vikram. ‘Saamy’ was a big hit at the box office and received positive reviews along the way. As such, fans are bound to have high expectations from the sequel. 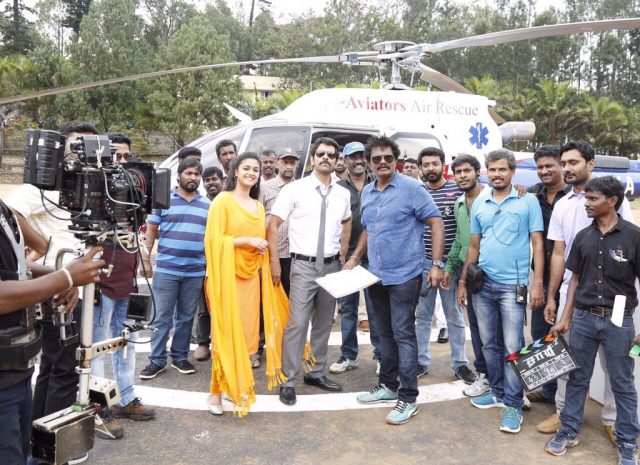 So, which Keerthy Suresh starrer are you looking forward to the most? Tell us in the section below.