Exclusive: I was in awe of Dhanush and Kajol’s chemistry, says VIP 2 director Soundarya Rajinikanth

In this exclusive interview with Pinkvilla South, director Soundarya Rajinikanth talks about directing Kajol and Dhanush in VIP 2.

Director Soundaraya Rajinikanth—who had made her directorial debut with the highly ambitious 2014 release ‘Kochadaiiyaan’—is currently gearing up for the release of her second film ‘VIP 2’. And, as expected, she is quite excited about the same. All set to hit screens tomorrow, it is a sequel to the 2014 release ‘VIP’ and features Dhanush-Kajol in the lead.  In this exclusive interaction with Pinkvilla South, Soundarya opens about her professional and personal life. Moreover, she also talks about what makes ‘VIP 2’ different from ‘VIP’.

How was the experience of directing Kajol and Dhanush in ‘VIP 2’?

To be honest, I was in awe of the chemistry they shared with each other. They are such powerhouses of talent. Now, that I have worked with Kajol maam, my admiration for her has become even more. The effort that she puts in, makes her the legend she is. We are all very happy that she is returning to the Tamil film industry after 20 years. Dhanush sir is by far one of the most natural actors in the country. He lives the life of the character even after you call ‘cut’.  I have always admired him.

‘VIP’ was a big success. Were you apprehensive about directing a sequel to it?

There was a lot of responsibility associated with it. Directing a sequel has its own pros and cons. The advantage is that it is a franchise that people love and know. The con is the expectations are pretty high from part 2. So, I was aware of that. I loved the script and was sure that I would be able to bring it to life. I was confident that I had a good script and a good team with me. 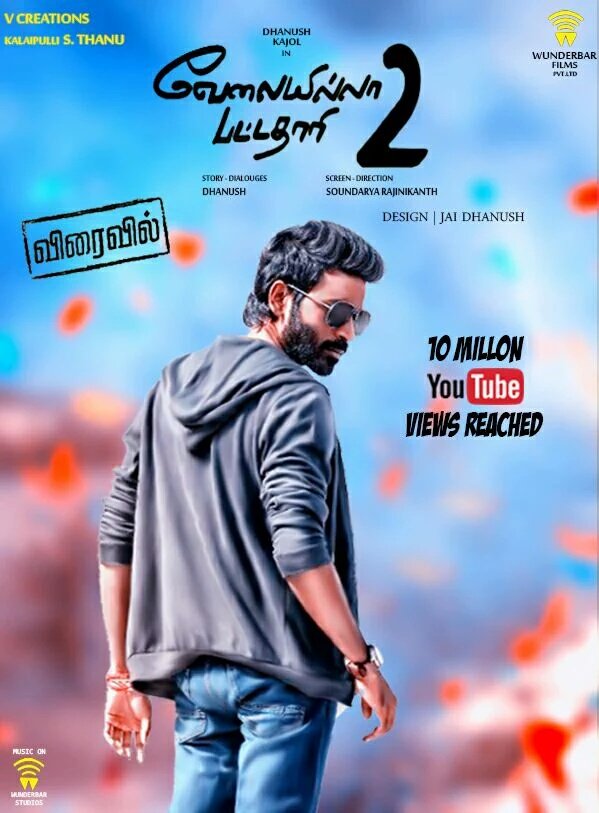 In what ways have you tried to make ‘VIP 2’ different from ‘VIP’?

The biggest thing that has happened to the world of ‘VIP’ in the sequel is Vasundhara Parameshwar(the character played by Kajol). She is a strong and independent/ self-made individual. The film highlights what happens when she meets Raghuvaran who is equally strong-willed person but comes from a different world. No one  but Kajol maam could have played the character with such conviction.

When did you realise that you wanted to be a director?

Being creative came naturally to me. It has a lot to do with my upbringing. We were born in the film industry and were always surrounded by creative people. So, that need/urge to be in the creative industry was there. I am happy being a filmmaker and enjoy it a lot.

How is Rajinikanth sir as a dad? Which is your favourite superstar film?

He has always been a supportive and great father. I am blessed to be his daughter. I feel that over the years our relationship has evolved a lot. My favourite superstar film will always be ‘Dalapathy’.  It was the first film I saw in a theatre. I was very small at that time and enjoyed the experience a lot.

Have you been following Bigg Boss Tamil?

I have not  had the time to follow the show as I have been busy promoting my film. 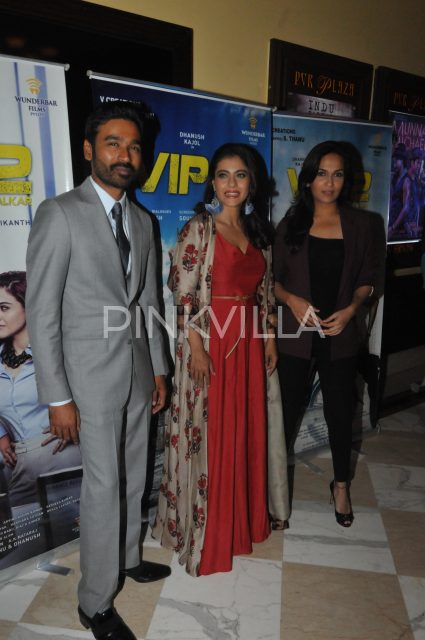 How do you cope with setbacks or failures?

I feel one should have a positive outlook in life and accept things that are not in our control. We should be happy about what we have and not complain about what we don’t.

What are the professional/personal goals you want to fulfil in the years to come?

I am passionate about technology and want to do an animation film and see how that goes. If I revisit ‘Kochadaiiyaan’ I would like to do it in a different way today. On the personal front, I want to make everyone I love proud and give back to the industry that  has given such a lot to our family.