Here is a look at the actresses who delivered memorable performances in 2017.

2017 was beyond any doubt quite a terrific year for fans of Tamil cinema. On one hands, several bonafide superstars—such as Ajith and Vijay—starred in successful films and proved that they truly are the most bankable names in Kollywood. On the other hand several relatively smaller films/stars too have found success and proved that the audience is more accepting now.

However, 2017 would not have been the blockbuster year it was had it not been for the gripping performances delivered by some actresses. Today, let us take a quick look at the lovely lady who stole our hearts this year with their performances.

Who was the top actress in Tamil cinema for 2017?

Nayanthara (Aramm): K-town’s resident ‘Lady Superstar’ played the role of a fearless IAS officer in the hard-hitting ‘Aramm’ and gave strong proof of her abilities as a performer. Her intense yet refined body language added new life to the character and upped its recall value in a big way. Directed by Gopi Nainar, it did well at the box office and received rave reviews from all corners. Praising the film and Nayan’s performance, Amala Paul had said that it served as a reminder of how good cinema matters.

Interestingly, a sequel to ‘Aramm’ is on the cards and will be released in 2018.

Jyothika (Magalir Mattum): The much-loved Jyo won hearts with her relatable performance in the well-received ‘Magalir Mattum’ and proved that she is still a force to be reckoned with. Produced by Suriya, it saw her essay the role of an independent won with grace and impress movie buffs. Praising the film, a lady politician had said that it portrayed a feminist idea in a relatable.

“My congratulations for Magalir Mattum’ and its director Bramma. Like every other woman who watched it, I also enjoyed Magalir Mattum. The film has portrayed feminist idea in a relatable and understandable way. Magalir Mattum is a good movie with a good message,” she had added.

A commercial success, it also featured Bhanupriya and Urvashi in the lead. 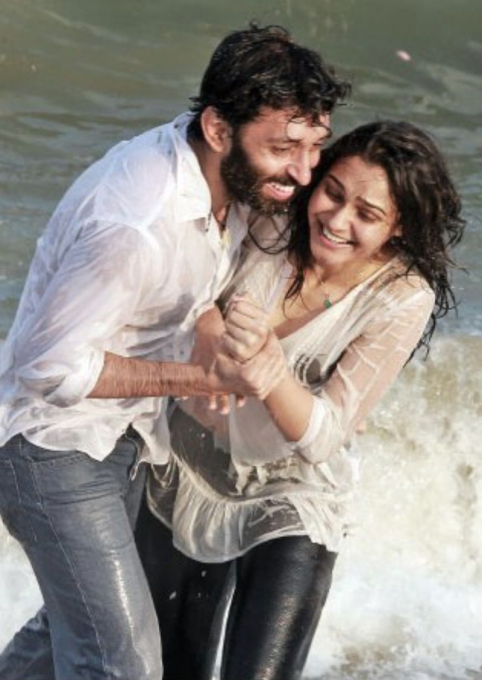 Andrea Jeremiah ( Taramani): Directed by Ram, this drama-thriller provided Andrea with ample scope to showcase her abilities as a performer. And, needless to say, she made full use of it. Playing the role of a young single mother working in the corporate sector, she delivered a relatable and robust performance much to the delight of her well-wishers. Talking about its controversial drinking scene, Andrea had said that it highlighted breakup from a girl’s perspective.

“Oh! In films, when couples break up, men get depressed and take to alcohol and sometimes a song accompanies the scene. Here in Taramani, the girl gets drunk after she goes through a love failure. And that’s how the entire film has been made interesting by director,” she had told a leading daily.

Kajol (VIP 2): Bollywood actress Kajol made a successful return to Tamil films after more than two decades with the action-comedy ‘VIP 2’ an made quite an impact. Essaying the role of an ambitious businesswoman, she delivered a lively performance. In it, she was seen alongside Dhanush and shared crackling chemistry with him. Talking about her performance, director Soundarya Rajinikanth had said that it was quite a nice experience to direct her.

“Now, that I have worked with Kajol maam, my admiration for her has become even more. The effort that she puts in, makes her the legend she is. We are all very happy that she is returning to the Tamil film industry after 20 years,” she had added.

Besides Kajol-Dhanush, it also had Amala Paul in the lead.

Kajal Aggarwal (Vivegam): The gorgeous Kajal Aggarwal teamed up with Ajith Kumar for the very first time in ‘Vivegam’. And, needless to say, the two made a good onscreen pair. Their chemistry was quite classy and turned out to be a major talking point of ‘Vivegam’.A spy-thriller, the film was directed by Siva and also had Akshara Haasan in the lead.

Aditi Balan (Aruvi): Debutante Aditi Balan won hearts with her performer in ‘Aruvi’. Directed by Arun Prabhu, this socio-political drama received the thumbs up from not just fans but even the legendary Rajinikanth, who said that it had made him cry and laugh.

So, who is your pick? Make your vote count