From Trisha to Nayanthara, Anushka Shetty: South Indian actresses breaking the age myth in the cinema!

Actresses in any industry have always been adamant about breaking the myth of ‘two girls cannot be friends’ and a lot of such. There has also been the age-old mindset that married and aged actresses lose their importance in the industry. It is also a mindset that how after a time they even lose their fan following. However, there are many actresses down right in South Indian cinema and as well as in every field, who have proved that settling down in their personal life was not a deterrent in their professional space. In fact, there are many actresses who are creating magic even now on the big screen with their powerful roles.

A rare and perfect combination of beauty with brain. Being a leading actress in the industry for a period of 16 years and more is something Trisha has proved that she is here to rule. With every film, Trisha has only established herself as one of the leading actresses. Not many might know that Trisha aspired to become a criminal psychologist and pursed her career in BBA at Ethiraj College in Chennai. But looks like she had a second choice. At the age of sixteen, Trisha won the Miss Madras title and participated in several beauty pageants contests. Trisha began her acting career at a very young age in an uncredited role as Simran’s friend in Jodi. She went on to bag the lead role in director Priyadarshan’s ‘Lesa Lesa’ in Tamil. Later, films like ‘Ghilli’ and ‘Saamy’ shot Trisha to the limelight. 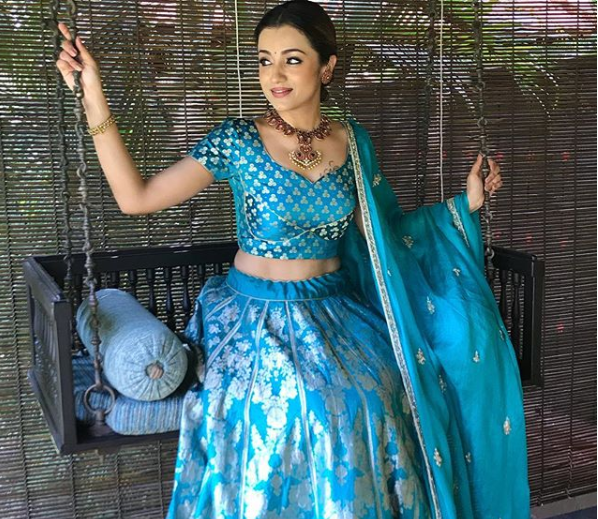 Nayanthara, who made her acting debut in the 2003 Malayalam film Manassinakkare with Jayaram, is surely here to stay for long. With a decade and more in the cinema, Nayanthara has been growing as an actor. With her every film she has proved to be one of the most sought-after leading ladies in the industry. From Rajinikanth to Chiranjeevi, Nayanthara has shared screen space with many top stars of South Indian cinema making her one of the top stars.

Many actresses have experienced roles drying up as they grow older and others have feared the same but that’s not the case with actress Shriya Saran. Saran got her first opportunity to appear in front of the camera for a video shoot in 2001. Shot in Banaras, the video was seen by Ramoji Films who offered her the lead role of Neha in their film Ishtam and had her first commercial success with Santhosham (2002). Long way to go! 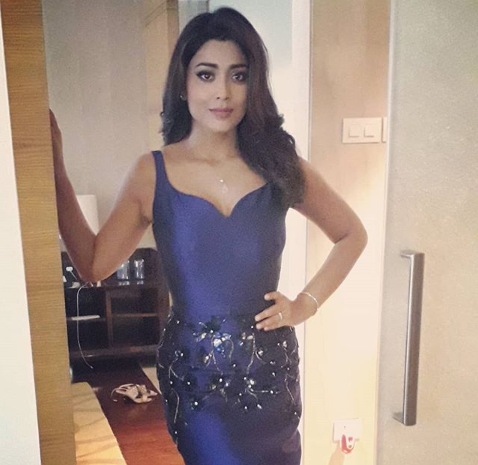 Anushka Shetty has only proved everyone wrong that new generation stars are the first choices when it comes to playing that larger than life roles on the big screen. The actress had left everyone amazed with her powerful role in Baahubali franchise. She made her acting debut with the 2005 Telugu film Super, which garnered her a Filmfare Best Supporting Actress – Telugu nomination. She has received several accolades, including three CineMAA Awards, a Nandi Award, TN State Film Awards and three Filmfare Awards from eight nominations.

She is a fighter who has set the right example for every woman right out there that life goes on. The gorgeous actress was diagnosed with cancer in 2009 that saw her sitting at home for almost one and a half years. She fought with it and bounced back to the screen with renewed zest. Mamta won many hearts at the professional as well as for the way she dealt with her personal space. Mamta debuted in the 2005 Malayalam film Mayookham, directed by Hariharan. Although the film did not do well at the box office, Mamta attracted attention for her sensitive portrayal of Indira. Year and year now, she still remains the first choice for the filmmakers for the female lead. In early 2017, she signed Crossroad (2017 film) an anthology film in which she plays an orthodox Muslim. She also appeared in an extended cameo in Udaharanam Sujatha with Manju Warrier. In mid-2017, she signed Detroit Crossing aka Ranam opposite to Prithviraj but had to opt out because she did not have fresh dates to allocate for the project.

Bhavana was only 16 when she got her first film offer and made her debut with director Kamal’s film Nammal in 2002. Bhavana featured in over 75 films in her career and co-starred with superstars such as Mammootty, Prithviraj, Dileep and Mohanlal. Bhavana married Kannada film producer Naveen in a private ceremony in Kerala on January 22 this year. But nothing sort of her personal space has affected her professional life. Bhavana was last seen in Adam Joan, where she starred opposite Prithviraj Sukumaran and Narain.

What are your thoughts? Let us know in the comments below: