Kamal Haasan and Rajinikanth came together to attend the 75th anniversary celebrations of DMK mouthpiece. 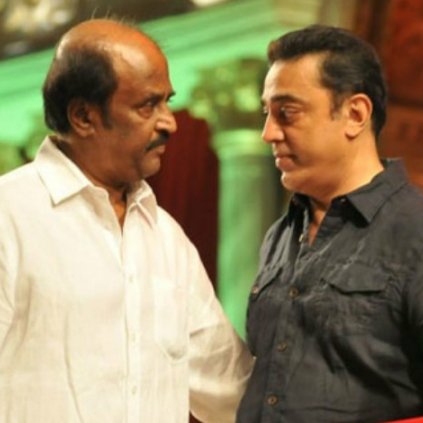 Haasan, who has of late been critical of the AIADMK government, was seated on the dais next to DMK Working President M.K. Stalin.

Rajinikanth, who may enter politics, was seated along with other dignitaries.

The function was attended by editors of various dailies and magazines and cine stars.