Aditi Rao Hyadri left the audiences raptured with her stunning avatar on the ramp as a showstopper at Lakme Fashion Week 2018.

The gorgeous Aditi Rao Hydari turned showstopper on the last day of Lakme Fashion Week 2018 for designer Jayanti Reddy. The flawless beauty took over the runway in a beautiful outfit and she looks an absolute exquisite. Aditi Rao Hyadri left the audiences raptured with her stunning avatar on the ramp as a showstopper. Jayanti Reddy’s collection showcased ‘The Twilight Zone’ autumn-winter 2018 line at the edition of the Lakme Fashion Week.

One can see in the photos, Aditi donned an intricately embroidered gold outfit with dupatta. Statement neck-piece and a subtle makeup of nude pink lips and delicately line eyes completed her look. With her hair styled in sleek hairdo, Aditi walked the ramp in with grace and poise. Take a look at the pictures below:- 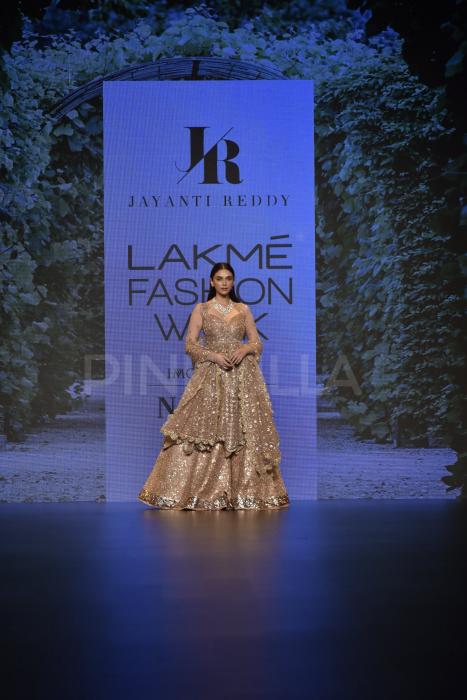 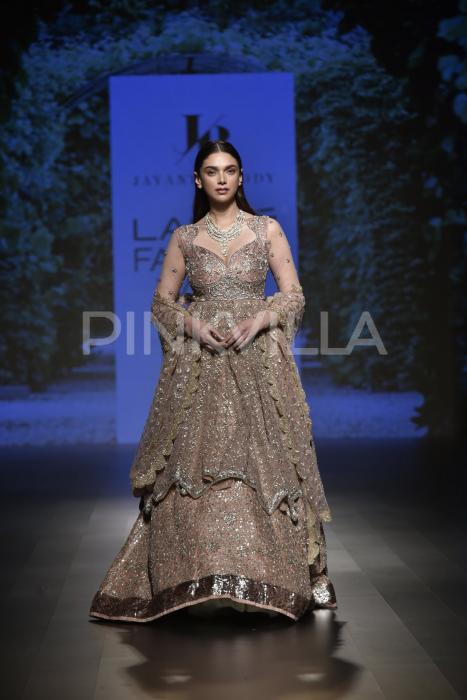 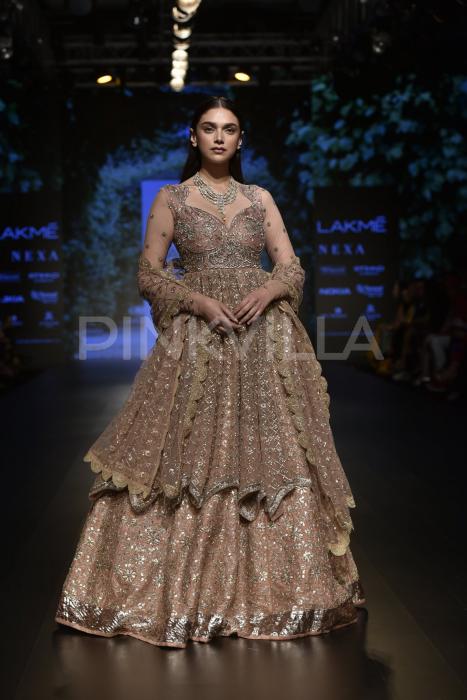 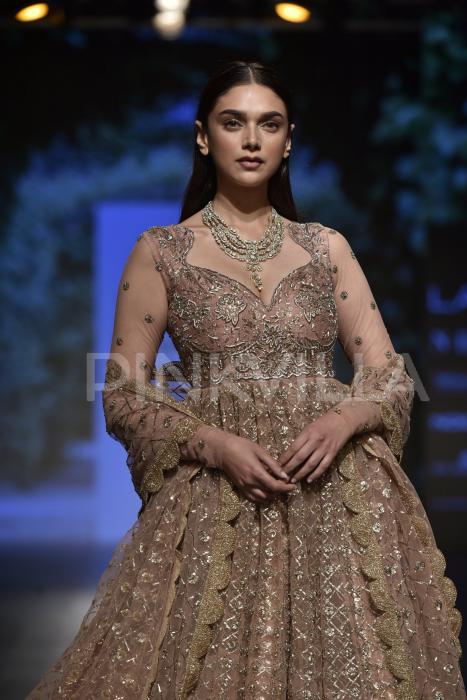 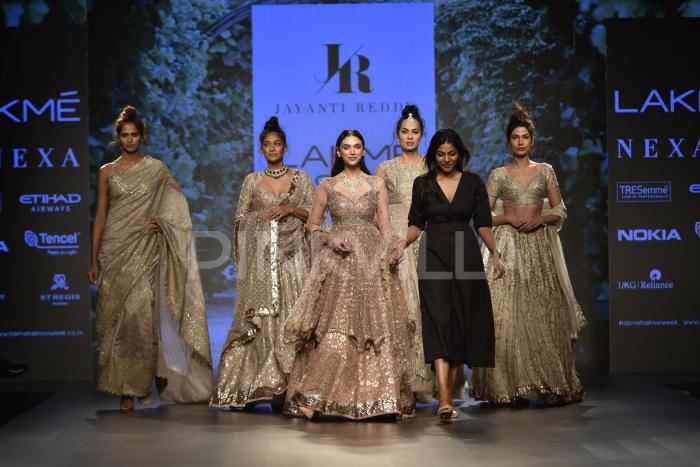 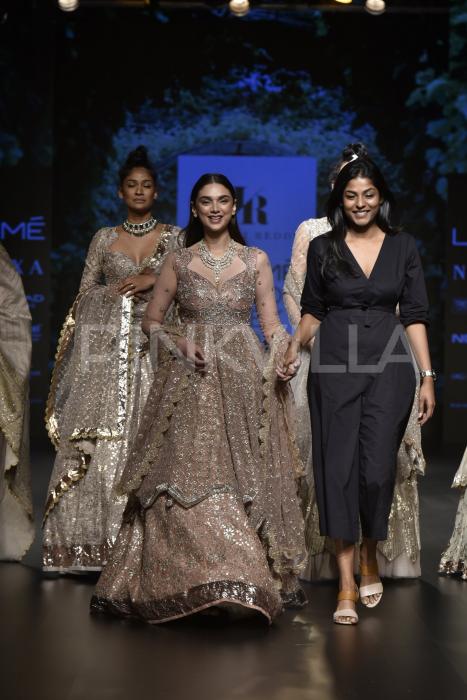 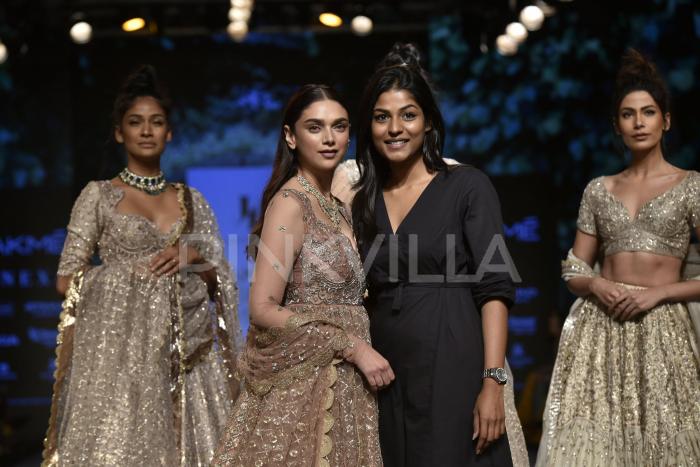 On the work front, the actress has a good line-up of films this year. Well, interestingly, at the start of 2018, Aditi Rao Hydari confirmed that she is set to reunite with filmmaker Mani Ratnam for another Tamil film. Aditi last collaborated with Mani Ratnam in Kaatru Veliyidai last year. The gorgeous will be seen in Mani Ratnam’s Chekka Chivantha Vaanam. Chekka Chivantha Vaanam is an action thriller in contrary to Mr Ratnam’s genre of movies and is going to set a different path in his style. The makers of the film recently released the trailer of the film and it received an immense response.

Aditi will also be seen in Varun Tej starrer ‘Antariksham 9000 KMPH’. The film is being directed by Sankalp Reddy who debuted with ‘Ghazi’ which went on to win National Award.