Home » Tamil » News » Photos: Keerthy Suresh and Vishal celebrate success of Mahanati and Irumbu Thirai on the sets of Sandakozhi 2

Photos: Keerthy Suresh and Vishal celebrate success of Mahanati and Irumbu Thirai on the sets of Sandakozhi 2

The reigning queen of the Tamil and Telugu film industries, Keerthy Suresh is currently on a heart-winning spree. The gorgeous is impressing us with her powerful performances on the big screen. The actress is on cloud nine with back to back successful hits, including the last release Mahanati. Well, Keerthy is busy with her upcoming movies Saamy 2, Sandakozhi 2 and Sarkaar. There is no stopping and amid everything, Keerthy celebrates the success of two hit films- Mahanati and Irumbu Thirai.

It is surely a proud moment for Keerthy as her Telugu film, Mahanati, received a huge response and went on to earn huge at the Box Office. Released in Tamil as Nadigaiyar Thilagam, Mahanati is a biopic on the life of legendary actress Savitri.

Keerthy Suresh along with actor Vishal celebrated the success of her film on the sets of Sandakozhi 2. Keerthy shared a couple of pictures along with a video and captioned it as, “Double Dhamaka at #Sandaikozhi2 set!” 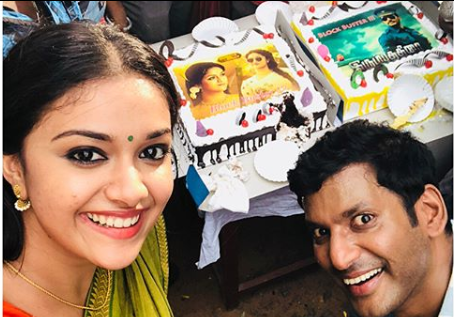 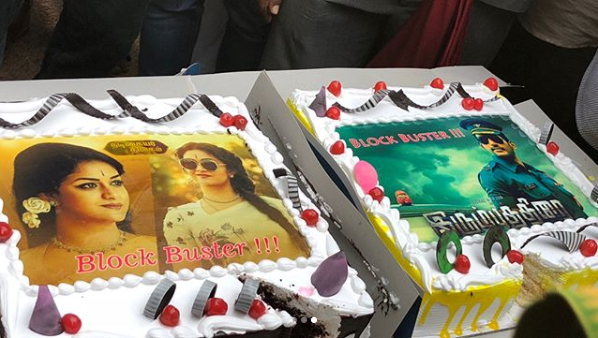 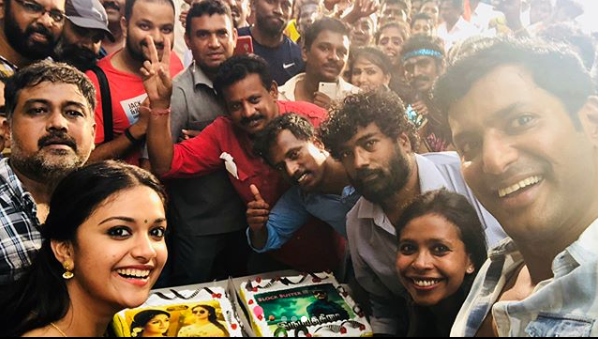 Talking about Vishal’s Irumbu Thirai success, the film managed to hit the marquee despite a lot of hurdles. The film, which is a techno-thriller, deals with hacking. The film also starring Samantha, went on to win both commercial and critical success.

Meanwhile, Vishal and Keerthy are currently looking forward to the release of Sandakozhi 2. The film marks Vishal’s reunion with director Linguswamy after a decade.

The 2005 release Sandakozhi was one of the biggest hits and the same is expected from the part two. The music of Sandakozhi 2 is by Yuvan Shankar Raja who composed for the first part as well. Raj Kiran, who played an important role in the first part, will be seen reprising his role in the sequel too.