The stills from the film see lead actors Jiiva and Shalini Pandey in a funny moment as they treat chimpanzee.

The first look of Jiiva starrer Gorilla left audience excited and now the makers release some amazing stills from the film. The stills from the film see lead actors Jiiva and Shalini Pandey in a funny moment as they treat chimpanzee. The film also stars Yogi Babu, Radha Ravi, Sathish, Vivek Prasanna and Maankaduvul Rajendran

Check out the stills below: 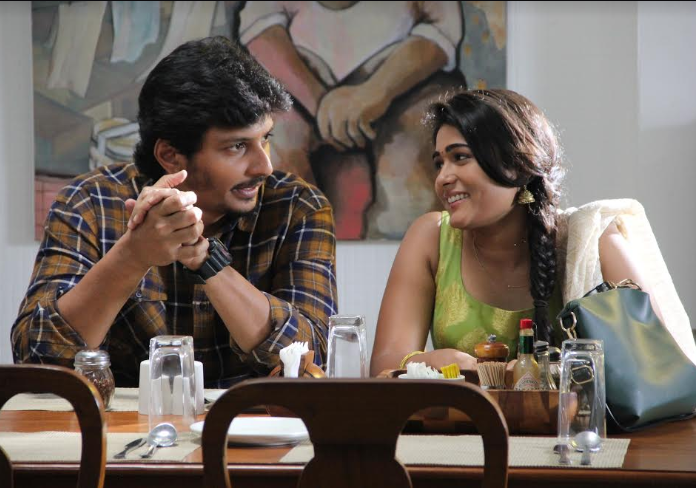 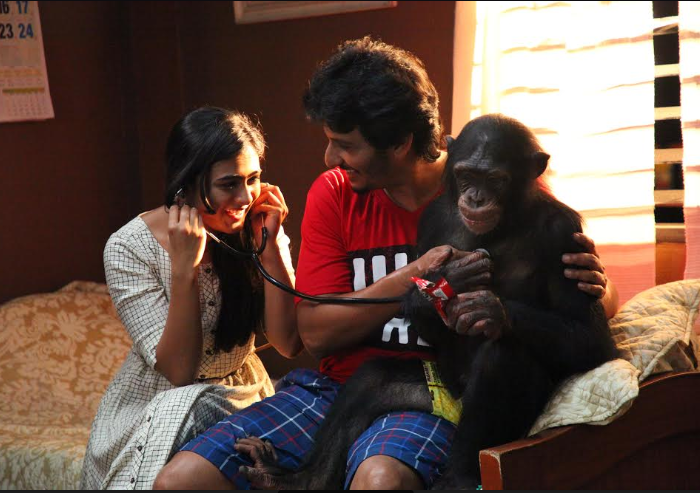 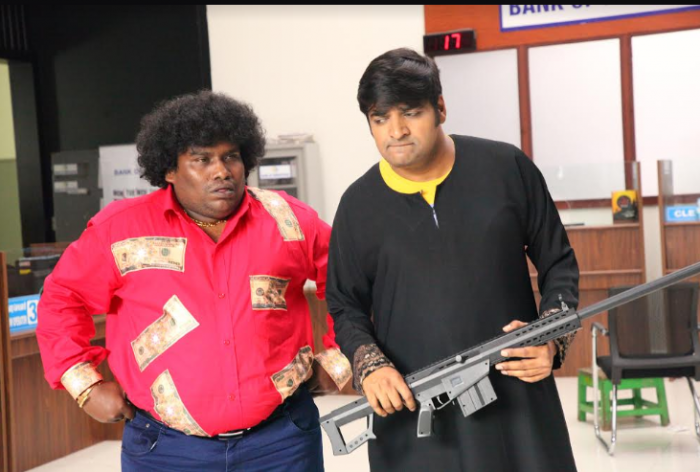 Gorilla is being directed by newcomer Don Sandy and also features a chimpanzee in a central role. Its music is being composed by Sam CS who is best-known for his work on Vikram Vedha. Some time ago, the director had said that the film can truly be something that can be enjoyed by everyone.

Chimpanzee is said to be playing a crucial role in the film. Produced by All In Pictures, Gorilla is one of the awaited films of the Tamil Cinema.

Meanwhile, Jiiva awaits the release of the action thriller ‘Kee’, which is directed by Kalees and has music by Vishal Chandrashekhar.

He has also geared up for his next with the National Award-winning filmmaker Raju Murugan for Gypsy. The commercial entertainer will showcase a story of travel and true love. The film will have musical touch and Santhosh Narayanan has come up with some mesmerizing tunes for the film. Natasha Singh is playing the female lead. Murugan, who is known to make films that have focused on social issues, will look to make Gypsy as a commercial entertainer with social consciousness.