Actress Aditi Rao Hydari’s fashion game is always on point. The actress surely knows how to carry every style with a touch elegance. The actress recently made a stunning appearance at the recently held pre-release event of her upcoming film Sammohanam in Hyderabad. Aditi was clicked wearing a white knot shirt paired with printed blue lehenga style skirt by designer Radhi Mehra. She totally rocked the Indian-Fusion look. Long statement earrings, hair in a ponytail, finished out her look.

Check out photos and let us know in the comments section below about Aditi Rao Hydari’s breezy yet stunning look: 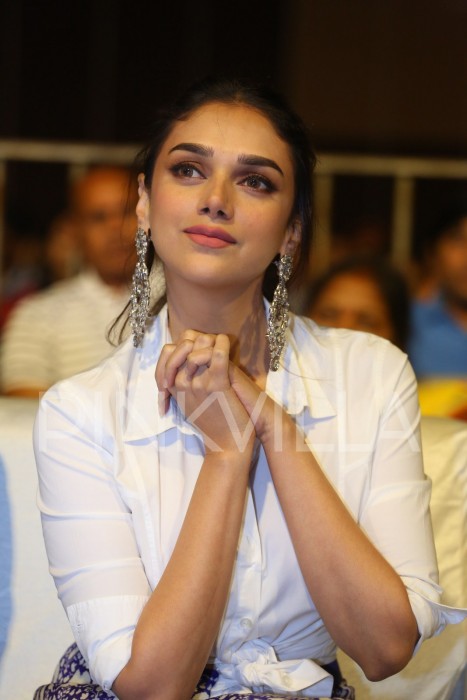 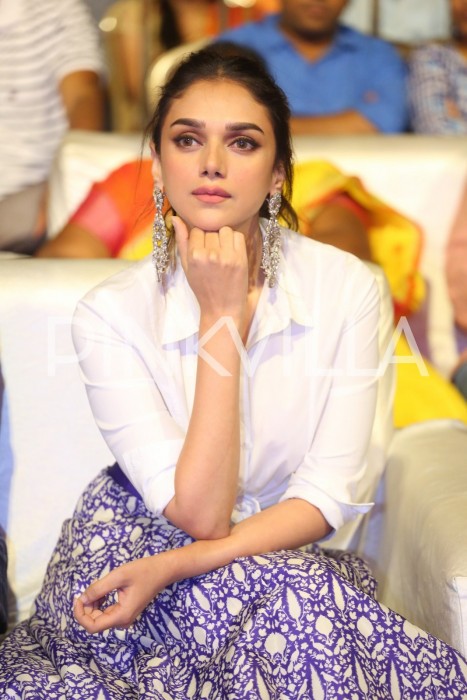 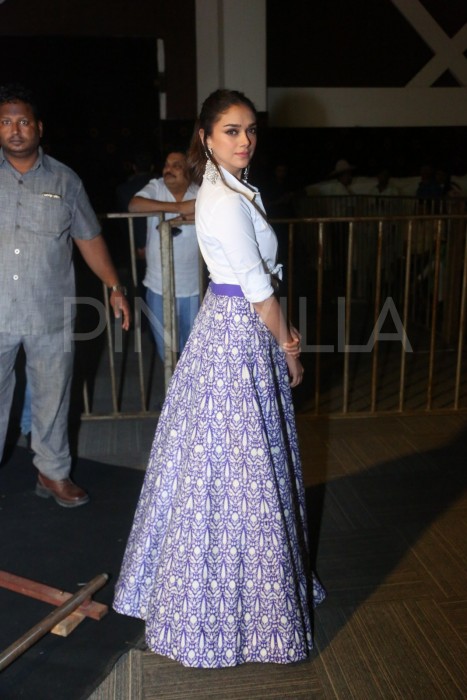 Talking about the film, Sammohanam releases on June 15th, 2018, also starring Sudheer Babu in the lead. Mohana Krishna Indraganti’s Sammohanam is one of the much-anticipated films of the season. The pre-release event was attended by the entire star cast and crew. Also, none other than superstar Mahesh Babu showed his presence as a guest at the pre-release event, which was one of the highlights.