The very talented and beautiful Rakul Preet Singh recently attended a fashion event in her best stylish appearance. Joining her at the launch party were Pooja Hegde, models Urvashi Rautela, Lopamudra Raut, and fashion designer Pria Kataaria Puri, among others.

The gorgeous Rakul Preet was clicked in an embellished Monisha Jaising eye-grabbing outfit. With her hair pulled back in a ponytail, the actress finished out her look with black Aldo sandals. Though it is not something extraordinary, she carried the outfit well. 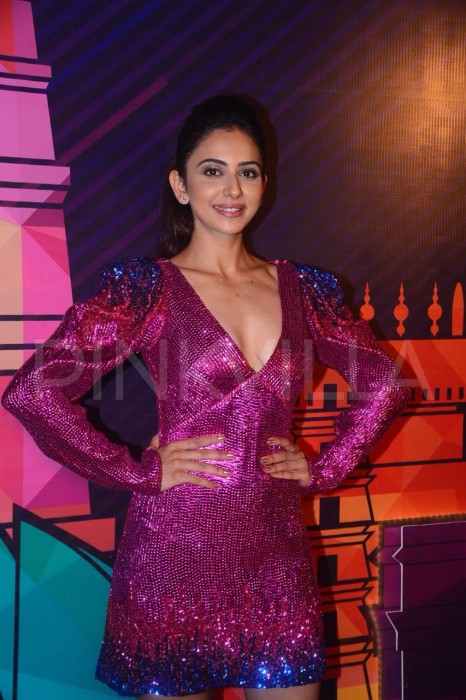 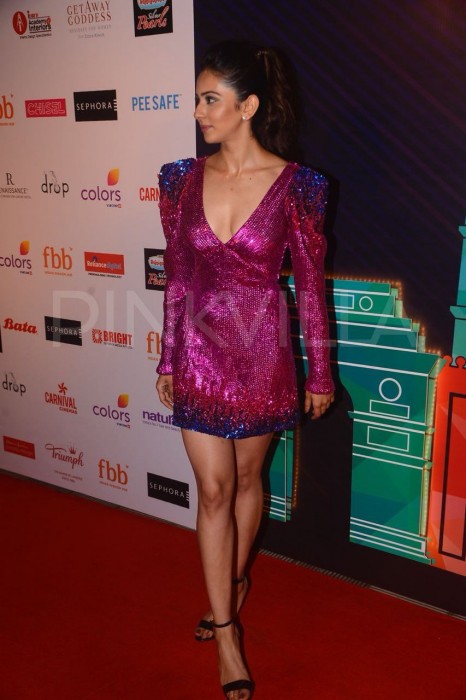 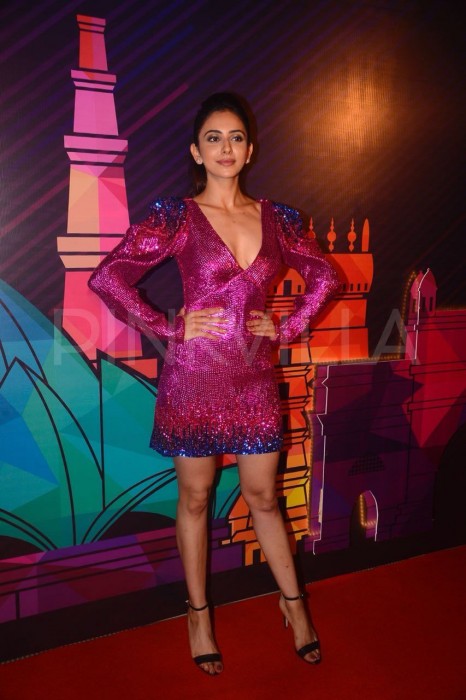 What do you have to say about this look? Share your views in the comments section below.

Meanwhile, Rakul recently hit headlines over her social media post on recently released film Mahanati. Actress Rakul Preet Singh recently took to her social media page to praise the film. While she gave credit to Keerthy Suresh, Samantha and Vijay Devarakonda in her post but failed to name Dulquer Salmaan, who is also a part of Mahanati. This did not go down well with the Charlie actor’s fans. Dulquer Salmaan fans showed no mercy and lashed out at the actress.

On the work front, Rahul Preet Singh will be seen in 2018 Tamil gangster film NGK where she can be seen sharing screen space with Suriya and Sai Pallavi. The actress has completed the first schedule in NGK and is currently in Mumbai for the shooting of her untitled rom-com with Ajay Devgn. Reportedly, the film reportedly also stars Tabu, who will again collaborate with Devgn after their last two successful films, Drishyam and Golmaal Again. The film will be directed by Akiv Ali and co-produced by T- Series and Luv Films. It is slated to release during Dussehra this year on 19 October, 2018.