Taapsee Pannu made a very cool yet a different appearance at the promotions of her short film.

Bollywood actress Taapsee Pannu, who got much praise for her performances in Pink and Naam Shabana, surely knows how to balance her acting career in Southern industry as well. The actress is impressing her set of fans with her acting prowess. She is also impressing us with her style statements.

Earlier today, Taapsee was spotted in her turquoise outfit by Anand Bhushan at the promotions of her short film. The actress made a very radiant appearance and we are totally flat at her hairstyle. She can surely carry any look with ease and confidence. The actress rounded off her look with white sneakers and statement earrings. She brings the best and coolest styles. Don’t you think? 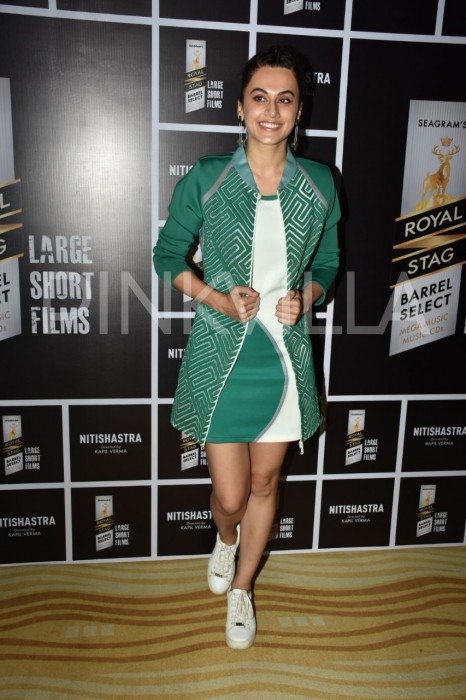 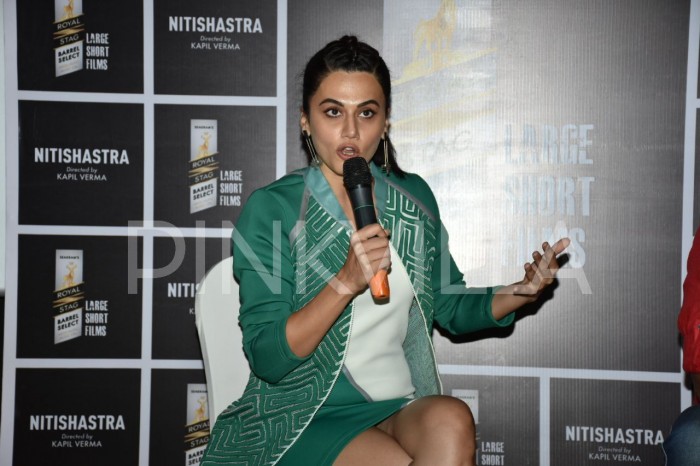 On the work front, Taapsee has geared up for three Bollywood films- Mulk, Soorma and Manmarziyan, all belonging to different genres. Taapsee says that while Soorma gave her the opportunity to portray a sportsperson, something she always wanted to do, Manmarziyan has fulfilled her dream of being a part of a pure romantic film.

Taapsee will also be seen in an upcoming film which has been tentatively titled Nuvvevaru. The film also stars Aadhi Pinisetty. It is being said that Aadhi Pinisetty plays a visually-challenged chef who falls in love with Taapsee’s character in the movie after he gets back his eyesight.

On the personal front, Taapsee Pannu, who has been shooting for her upcoming films back to back, recently had a very big reason to celebrate. The Pink actress moved into her new house last week with her younger sister Shagun, in the western suburbs of Mumbai.