The actress was recently snapped by the paparazzi at the Mumbai airport in her casual look.

Actress Aditi Rao Hydari is someone who picks comfort style statement when it comes to making airport appearances. When it comes to sporting easy, breezy fashion, Aditi Rao Hydari does it in the right way. The actress was recently snapped by the paparazzi at the Mumbai airport. Aditi was clicked wearing a yellow top paired with ripped jeans, long jacket and white sneakers. She can make any casual style look cool at the airport. 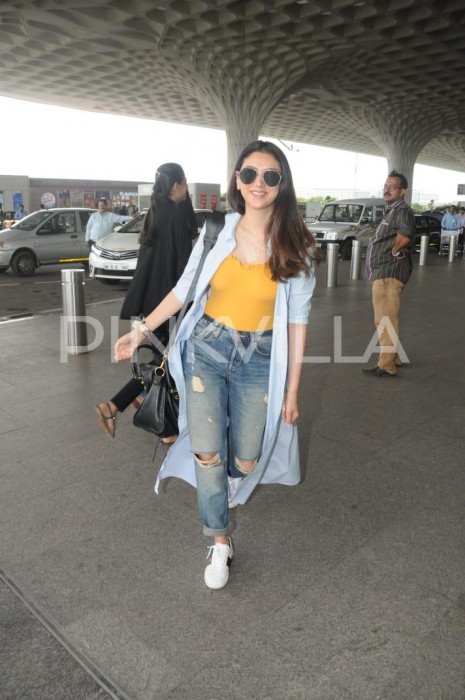 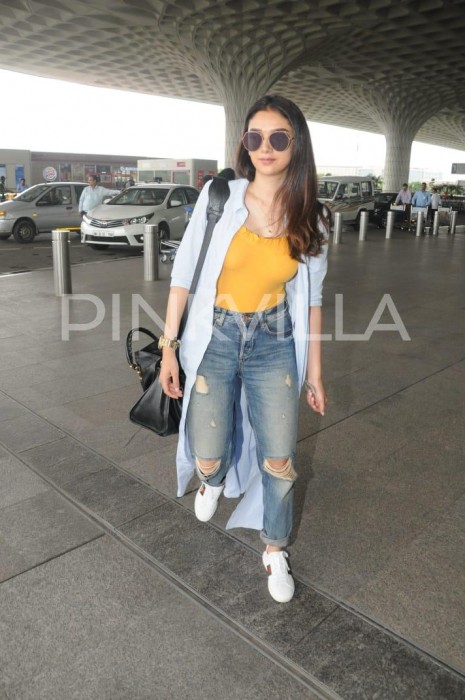 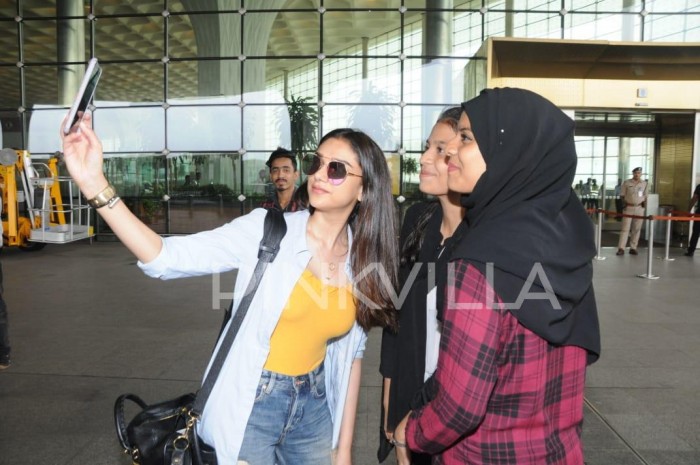 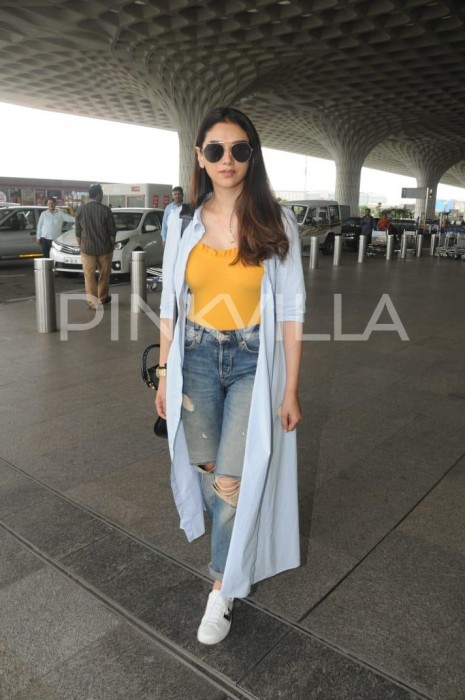 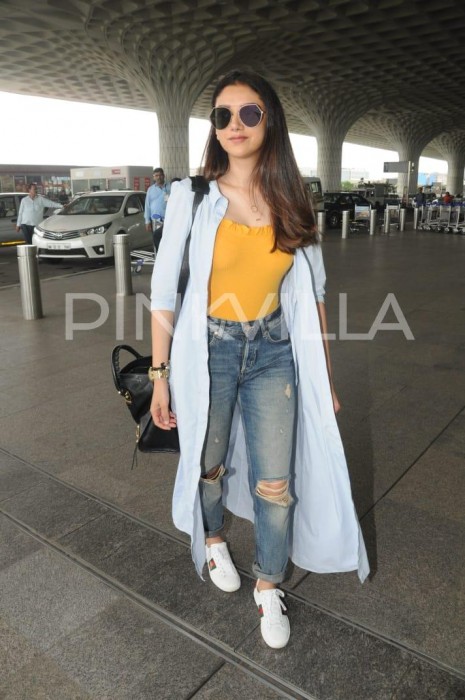 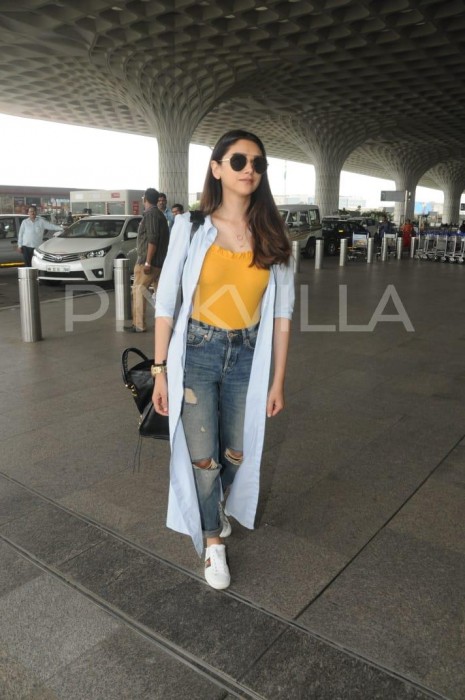 On the work front, Aditi Rao Hydari has geared up for the promotions of her upcoming film Daas Dev, which also stars Richa Chadha and Rahul Bhatt. The film is releasing on April 27.

The actress has a good line-up of films this year. Well, interestingly, at the start of 2018, Aditi Rao Hydari confirmed that she is set to reunite with filmmaker Mani Ratnam for another Tamil film. Aditi last collaborated with Mani Ratnam in Kaatru Veliyidai last year.

Talking about second film in Telugu cinema, Aditi Rao Hydari, who recently made her Telugu debut with Indraganti Mohan Krishna’s romantic drama ‘Sammohanam’, bags her second film in the same language. The actress will be seen opposite Varun Tej, who was last seen on screen in the runaway Telugu hit ‘TholiPrema’.