Kamal Haasan and Pooja were all smiles for the shutterbugs as they arrived at Mumbai airport.

South star Kamal Haasan is quite a busy man these days. Besides looking into politics, the actor is also busy promoting his upcoming film Vishwaroopam 2. Kamal Haasan along with Pooja Kumar was clicked at Mumbai airport yesterday for a promotional event of his upcoming film. Tamil spy thriller Vishwaroopam 2 is a film that audience are eagerly waiting to look forward to release, which is also releasing in Hindi.

Kamal Haasan and Pooja were all smiles for the shutterbugs as they arrived at Mumbai airport. Take a look at their airport photos: 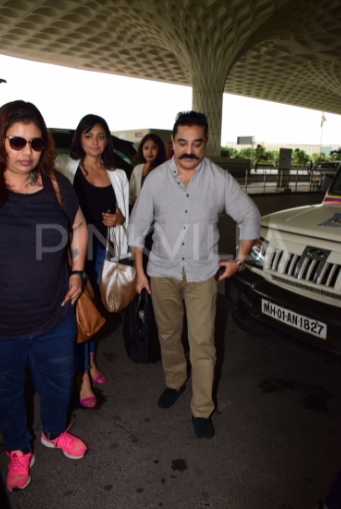 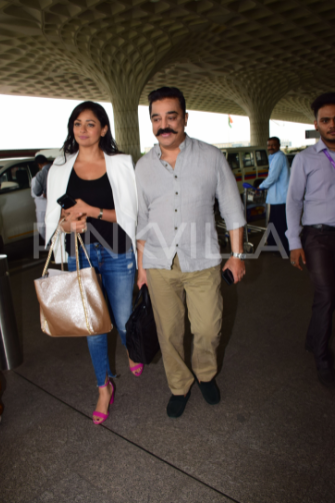 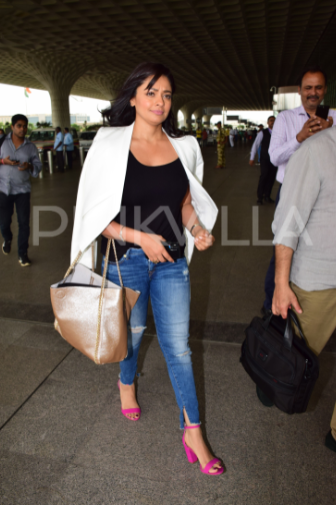 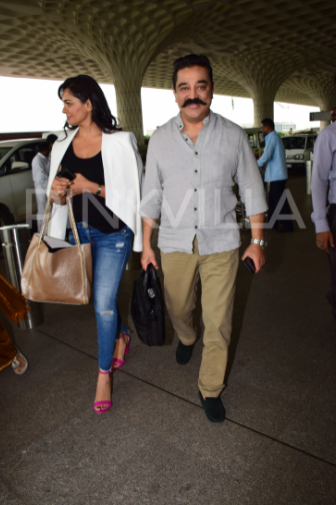 Vishwaroopam 2, one of the much-awaited films of the year, is grabbing all the attention. The makers have kick-started the promotions in full swing. Viswaroopam 2 is a spy-thriller and is a sequel to the 2013 release Vishwaroopam.

The film also stars Andrea Jeremiah, Pooja Kumar, and Shekhar Kapoor, the film has music by Ghibran. The first trailer of the film was released recently and it received an immense response.

Vishwaroopam 2 is releasing on August 10.