Actress Shruti Haasan was spotted at Mumbai airport today morning. The actress looked cool in a denim on denim outfit. Shruti was clicked wearing denim skirt paired with a black tank top and denim jacket. Keeping her look simple yet cool, the actress paired with boots and high half bun.

P.S: Shruti’s sunglasses and that high half bun gave this pretty number a chic edge. What do you love most about her look? Let us know in the comments below.

Scroll below to see more stunning photos of Shruti: 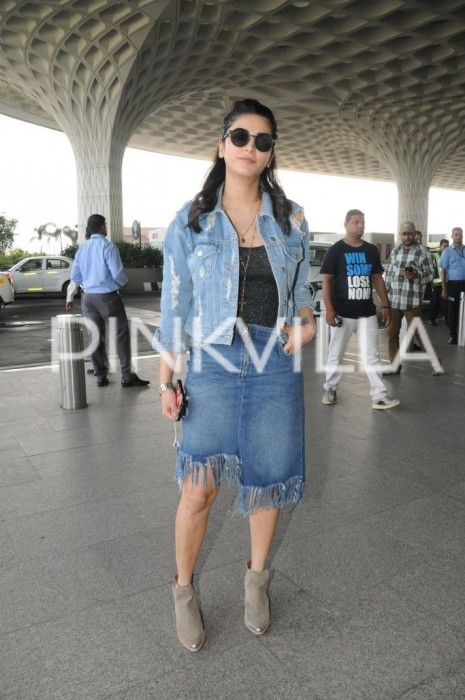 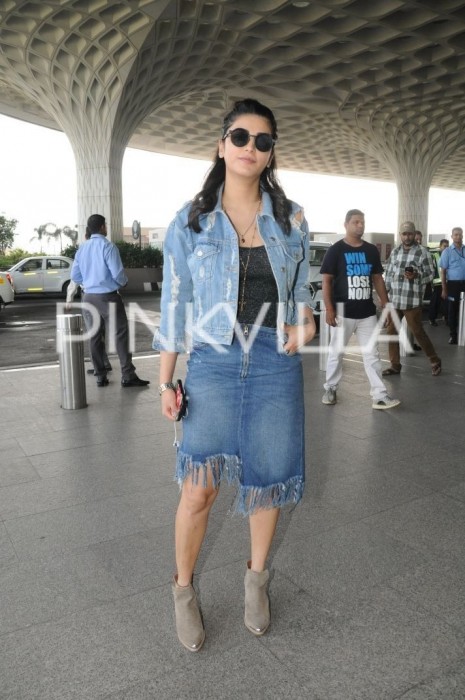 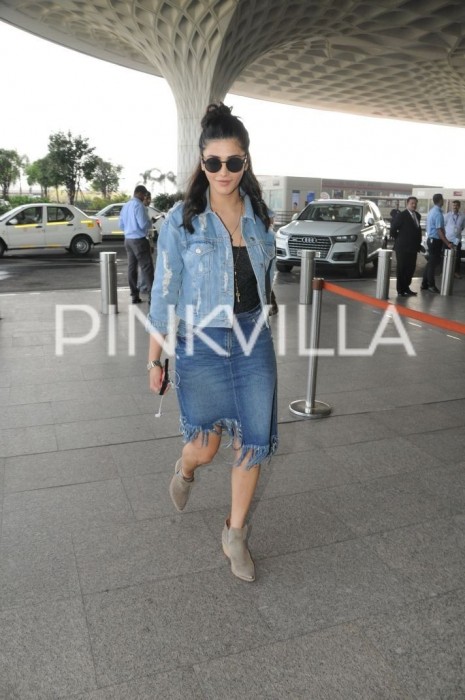 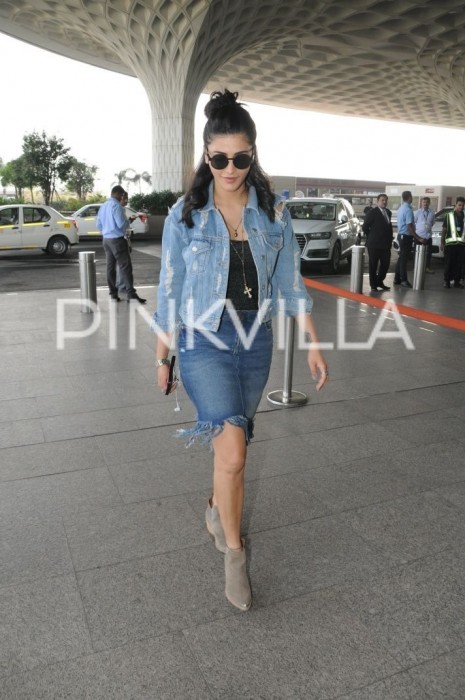 We really love watching the bubbly actress on and off-screen. However, there is very little to talk about the actress on the work front as of now.

It was being reported that Shruti Hassan was expected to essay the titular role Sanghamitra, an upcoming trilingual period drama.

However, due to some unknown reasons, that didn’t materialise. Sundar C and his team then decided to cast Disha Patani in the lead role as they believe Disha’s growing popularity in Bollywood will give the film a bigger market.

On a personal front, there have been speculations that Shruti Haasan is planning to take her relationship a step ahead with her British boyfriend Michael Corsale. However, the actress recently denied the speculations.

During the recent #AskShruti session on Twitter, the actress was asked about her marriage plans. To which she replied, “This time, the actress My dream is to be happy !! And I’m not getting married anytime soon.”
Well, there have been times when the couple has been spotted spending time with Shruti’s parents. In fact, both her parents have accepted their relationship. Let’s wait to know when the couple plans to take their relationship a step ahead.