Airport diaries: Shruti Haasan spotted in a summer friendly outfit as she returns from London

There is no question that beautiful Shruti Haasan is one of the most beloved and well-known actresses in the Southern movie industry. The actress is not only in talks on the work front, but also grabs all the attention over her fashion choices. The actress was spotted at Mumbai airport today morning in a pretty summer friendly dress. She wore the outfit with white sneakers and high ponytail sans make up rounded off her airport look. The actress looked pretty and beautiful in her no filter look. 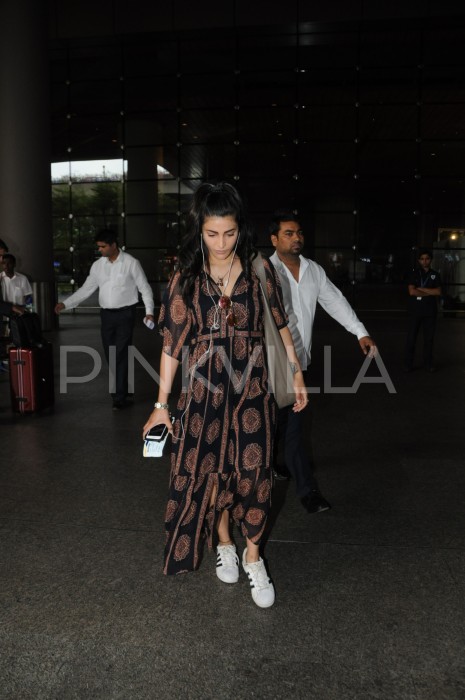 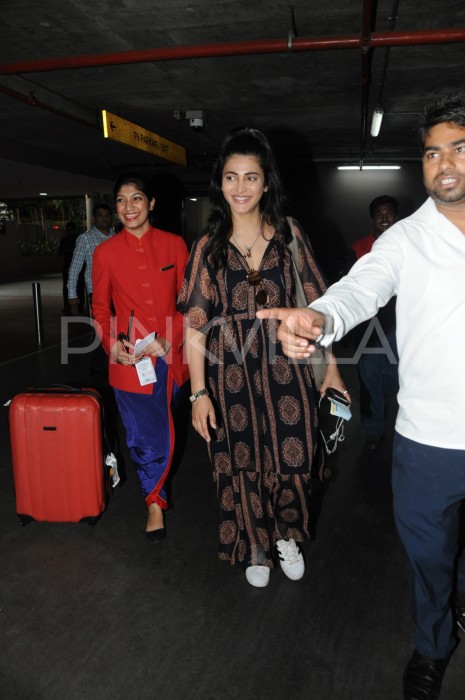 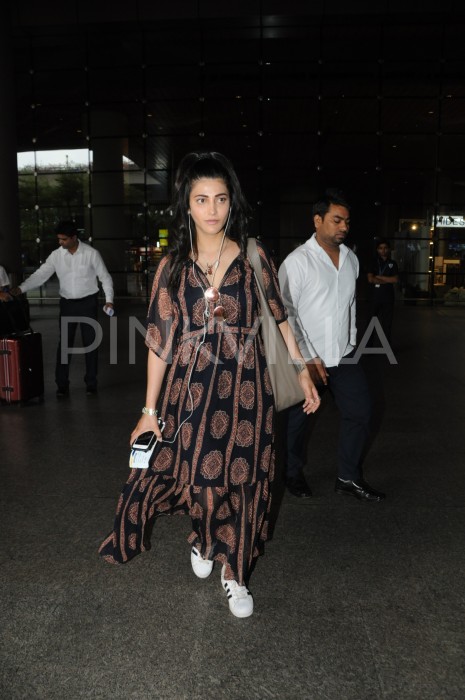 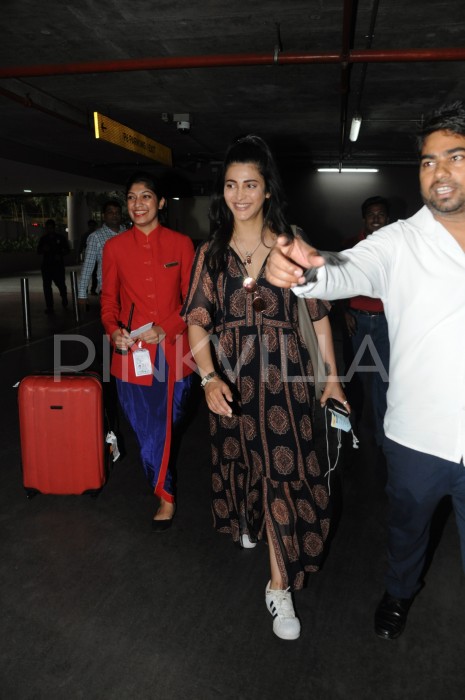 Shruti Haasan was in London for a meeting. Before landing back to Mumbai, the actress shared a cute selfie of her and captioned it as, “Thankyou London for all the love and sunshine ! such a lovely trip and the highlight ofcourse was meeting the incredible @toriamos.”

Thankyou London for all the love and sunshine ! such a lovely trip and the highlight ofcourse was meeting the incredible @toriamos 😱 #amaze #london #happyme

On the work front, reportedly, Shruti Haasan has been signed on to play one of the leading ladies opposite Ravi Teja in Amar Akbar Anthony. Shruti, who has no films, will be working with Ravi Teja after 5 years.

On a personal front, there have been speculations that Shruti Haasan is planning to take her relationship a step ahead with her British boyfriend Michael Corsale. However, the actress recently denied the speculations.

During the recent #AskShruti session on Twitter, the actress was asked about her marriage plans. To which she replied, “This time, the actress My dream is to be happy !! And I’m not getting married anytime soon.”