Aditi Rao Hydari's simplicity is her true trait and she wins our heart with another fresh appearance.

Aditi Rao Hydari always embraces fashion with perfection and she knows how to style it right even in her basic casuals. This lady sure knows how to grab attention with her style during every public appearance. Her simplicity is her true trait and she wins our heart with another fresh appearance. Today, Aditi was spotted in a pretty red plain tee paired with ripped jeans and canvas shoes. The actress was spotted post-lunch in Mumbai. 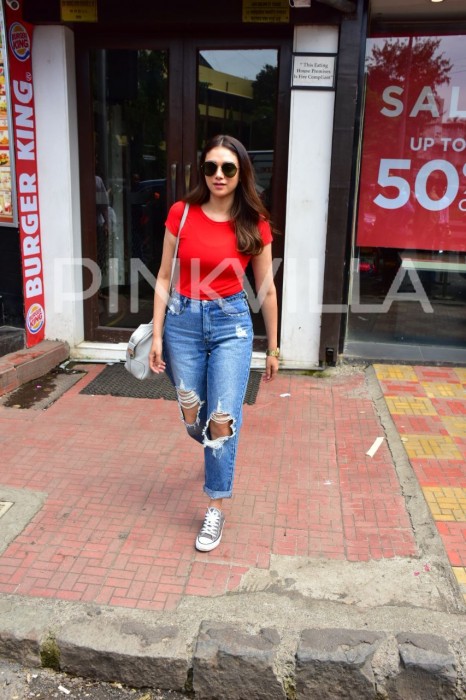 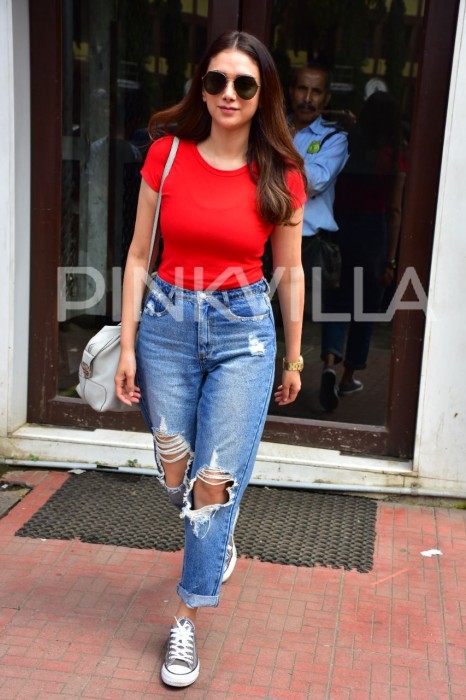 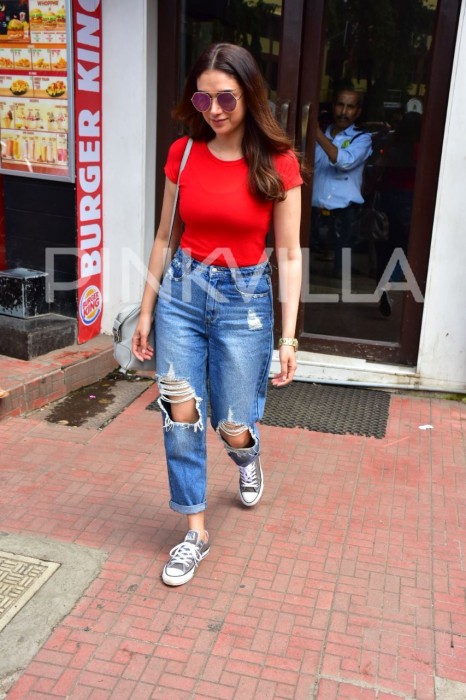 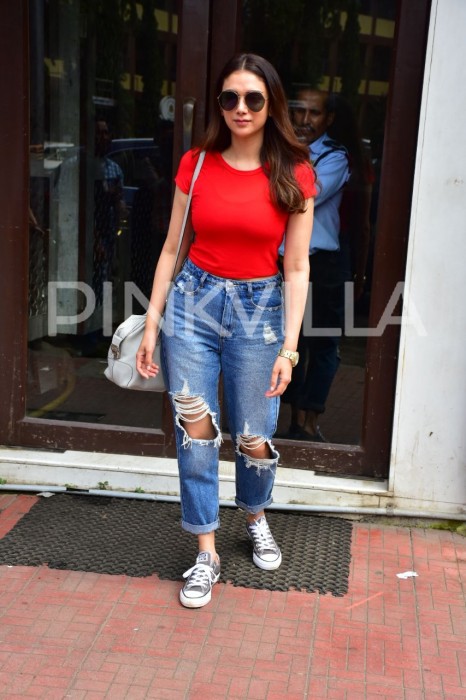 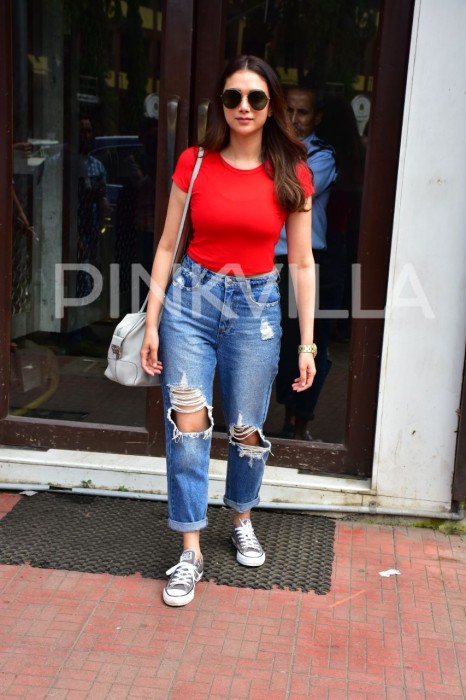 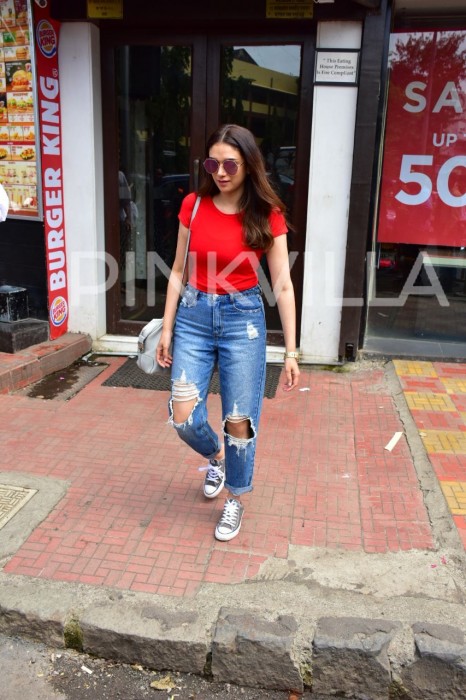 Meanwhile, Aditi Rao Hydari made her debut in Telugu cinema with Sammohanam which is directed by Mohankrishna Indraganti. The film received an immense response from the audience. And if we are to go by latest reports, Aditi Rao Hydari may have grabbed her second film in Telugu.

According to emerging reports, Aditi Rao Hydari has been approached for a crucial role in Mahesh Babu’s upcoming film which is being directed by Vamshi Paidiaplly.

Aditi Rao Hydari has impressed the audience right with her first straight Telugu film, Sammohanam, and would love to see the pretty actress act alongside the dapper Mahesh Babu. Although Aditi Rao Hydari’s Tamil film Kaatru Veliyidai was dubbed into Telugu as Cheliyaa, Sammohanam is her first straight Telugu cinema which has now turned out to be a hit film.

Being produced by Dil Raju and Vyjayanthi Movies jointly, MB 25 will have Mahesh Babu sporting a bearded look. Mahesh Babu has been spotted couple of times already with a heavy beard and this has created huge excitement amongst fans of the superstar.