Photos: Amala Paul celebrates the success of Thiruttu Payale 2 at a popular theatre

Amala Paul interacted with fans and celebrated the success of Thiruttu Payale 2.

Are you a fan of the much-loved Amala Paul? If yes, then get ready to rejoice as we have some awesome news in store for you. In exciting development, yesterday, the lovely lady visited a noted theatre in Chennai and celebrated the success of ‘Thiruttu Payale 2’ with her fans. As expected, she looked pretty and seemed to enjoying the support of her fans to the fullest. Now, that’s how you make an impact!

In case you did not know, ‘Thiruttu Payale 2’ was directed by Susi Ganeshan and hit screens last week. In it, the lady was seen alongside Bobby Simhaa and Prasanna. As it so happens, the film had created quite a buzz amongst fans   thanks to its bold poster/. The poster featured Amala in a sensuous avatar and helped her experiment with her onscreen image. Talking about it, she had told a leading website that it was ‘poetic’ rather than sensuous.

“When director Susi Ganeshan sent me the first look on WhatsApp, I actually liked it and felt it was poetic rather than sensuous. But the startling buzz it created was quite strange, and I started to receive a lot of responses. There is a specific reason for the way the poster looks, which you will discover after watching the film. Thiruttu Payale 2 has a great story, an unconventional cast and a great director who was also a teacher. I couldn’t have asked for more.,” she had added.

On a related note, Amala will next be seen in ‘Bhaskar Oru Rascal’ which also has Arvind Swami in the lead. 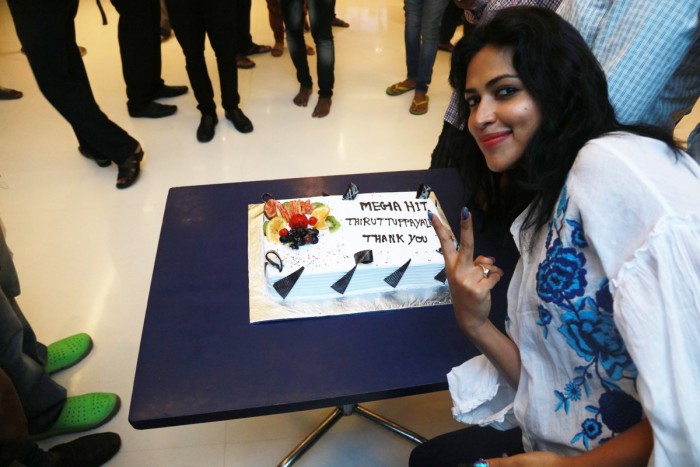