Today morning, Hansika was spotted in a traditional attire at the Mumbai airport.

South turned Bollywood actress Hansika Motwani has transformed herself drastically. The actress is looking hotter and beautiful with each passing day. Today morning, Hansika was spotted in a traditional attire at the Mumbai airport. Hansika made a pretty appearance in a white suit paired with yellow dupatta and colorful flats. She finished out her look with silver earrings. She looks pretty, doesn’t she? 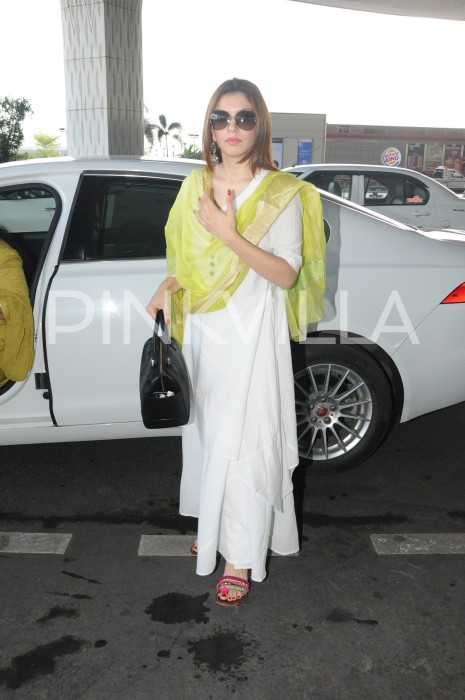 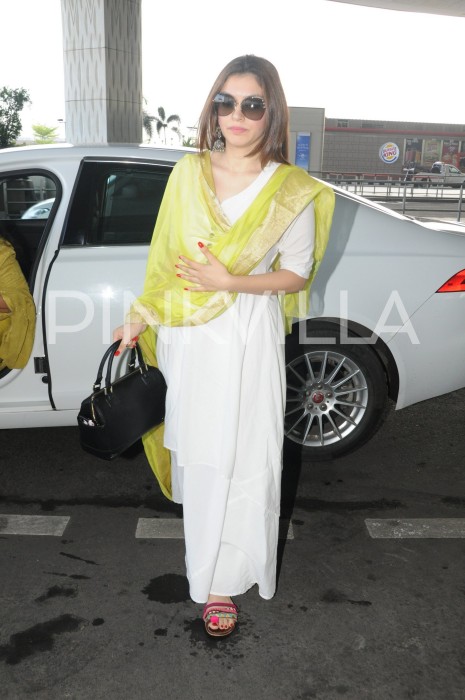 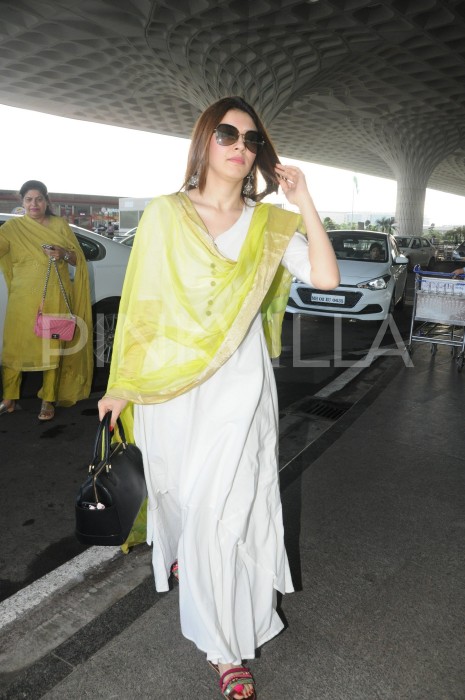 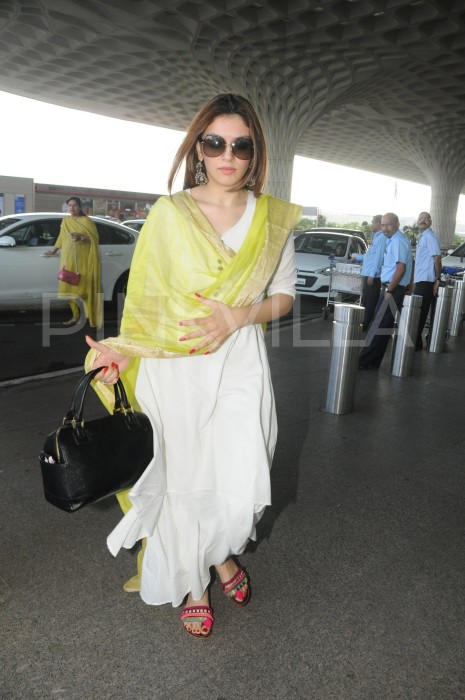 That’s not all; she has signed her next with debutant director UR Jameel. This is a very different role which the actress has never tried. This untitled film’s shooting will commence next month and the title will be announced soon.