Photos: Kamal Haasan at the trailer launch of Vishwaroopam 2

While the Tamil and Telugu versions of the trailer were launched by his daughter Shruti Haasan and Jr NTR respectively, Aamir Khan unveiled the Hindi trailer.

The much-awaited first trailer of Kamal Haasan starrer Vishwaroopam 2 released yesterday and the trailer is receiving a huge response from the critics and fans alike. The trailer has been well received and expectations are quite high. Well, Kamal turns director once again for Vishwaroopam 2 and that is one of the highlights of the film.

While the Tamil and Telugu versions of the trailer were launched by his daughter Shruti Haasan and Jr NTR respectively, Aamir Khan unveiled the Hindi trailer. Check out trailer launch photos: 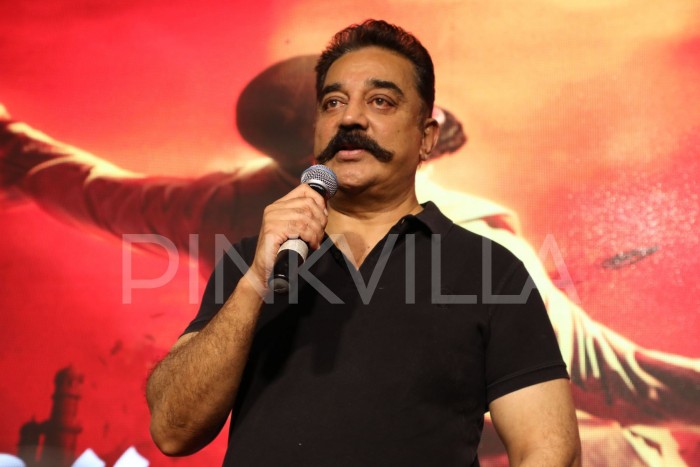 Talking about the film’s delay in the release, Haasan at the launch event said, “The first part was delayed because of various oppositions. The reason for the delay in releasing the second part is also the same. This time, I’m prepared to face those hurdles. I was forced to screen my film Vishwaroopam to a few organisations but it will not happen now.”

“Vishwaroopam 2 is both prequel and sequel to Vishwaroopam. It has the answer for all the questions on Wisam Ahmad Kashmiri (Kamal’s character name in the film). This film will be filled with high octane action sequences and emotional quotient,” he added