Amid massive cheers from the fans, superstar Rajinikanth took the stage. He greeted his fans as he arrived. Also present were director Pa Ranjith and Dhanush.

The much-awaited album of superstar Rajinikanth-starrer Kaala got released yesterday and it was one grand night. The event took place at YMCA ground in Chennai where Rajinikanth along with the entire team of ‘Kaala’ graced the event. The event was attended by composer Santhosh Narayanan, music director Shankar Mahadevan, who has sung the songs in the film and few others. Amid massive cheers from the fans, superstar Rajinikanth took the stage. He greeted his fans as he arrived. Also present were director Pa Ranjith and Dhanush. Santosh Narayanan also performs live while Shankar Mahadevan took the stage and performed on the song Thanga Sela. Dopeadelicz, the rap crew who have performed in Kaala joined Santhosh Narayanan leaving audience mesmerized with their talent. 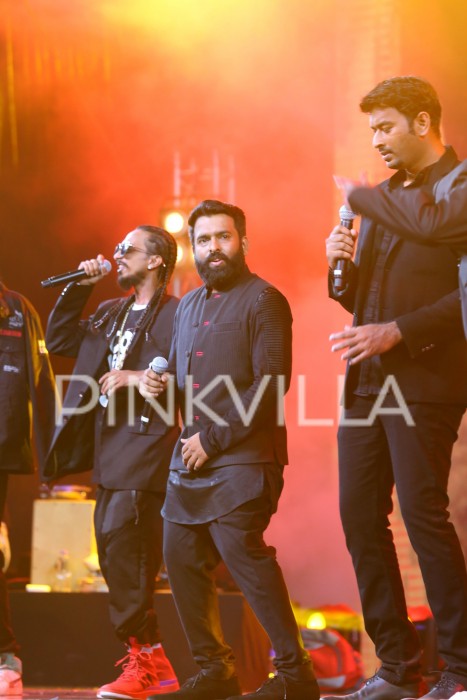 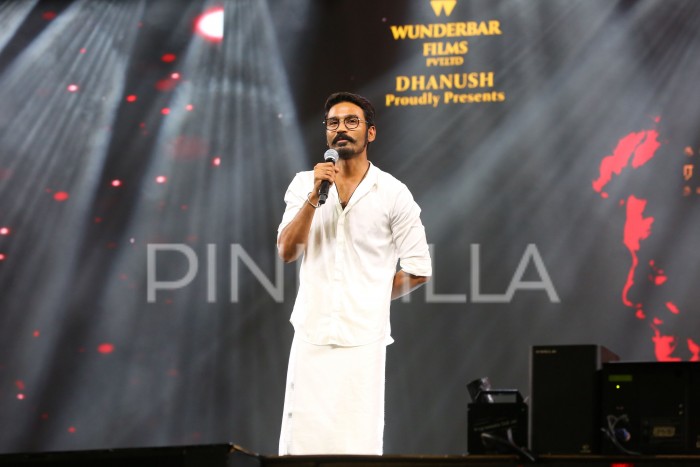 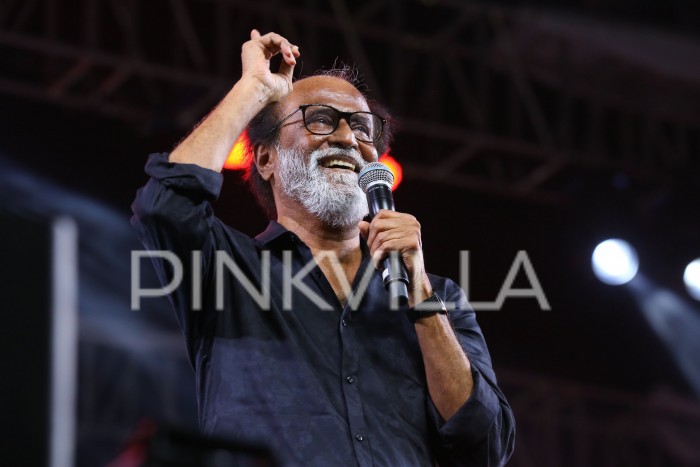 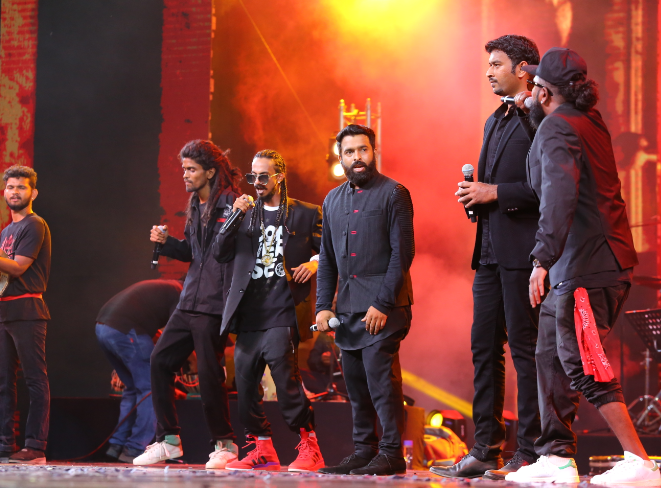 Director Ranjith said that Mr. Rajinikanth decided to give him a chance again despite the duo’s earlier film Kabali receiving mixed reviews. “Superstar has so much faith in me and my work. I thank him for him giving me such a big space again,” he said.

Helmed by Pa Ranjith, Kaala stars Nana Patekar, Anjali Patil, Huma Qureshi, Easwari Rao and Pankaj Tripathi. The film is backed by Dhanush and Lyca Productions and is set to release on June 7.