Photos: Rakul Preet spotted at the airport with mom

Actress Rakul Preet Singh, who is quite busy with lots of projects this year, was spotted at Mumbai airport today morning. Juggling between the shooting sets of her upcoming films, Rakul was seen heading to the shoot of her upcoming bollywood film with Ajay Devgn which is yet to be titled. The actress was all smiles for the shutterbugs as she made her way inside the airport. Rakul, like always, was spotted in her comfy wear. Rakul Preet was spotted wearing a grey bodycon knee-length dress paired with cool shoes. 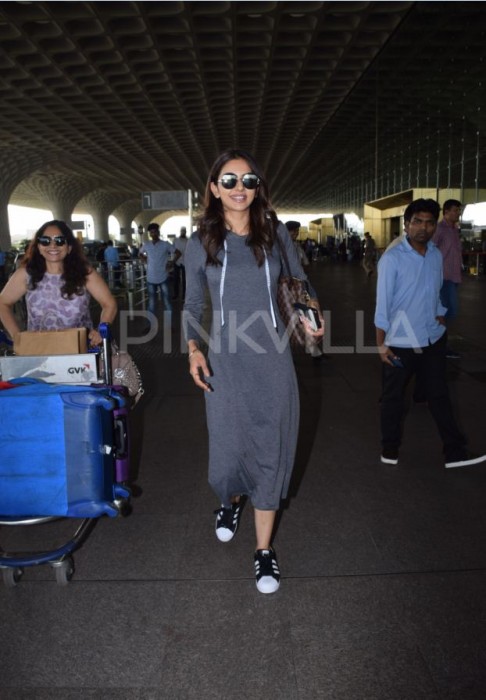 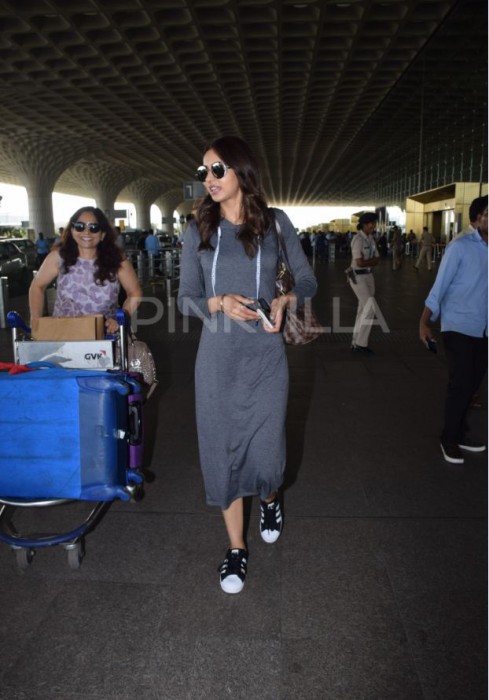 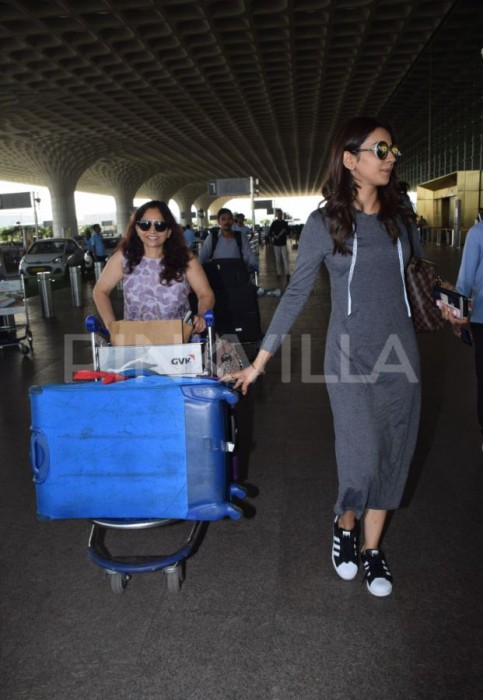 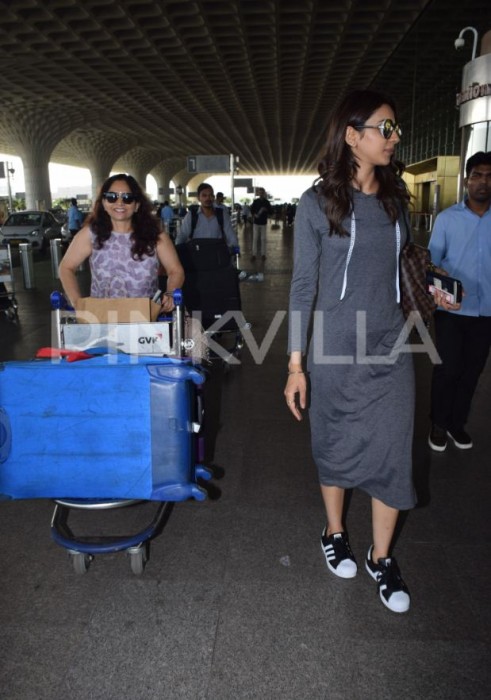 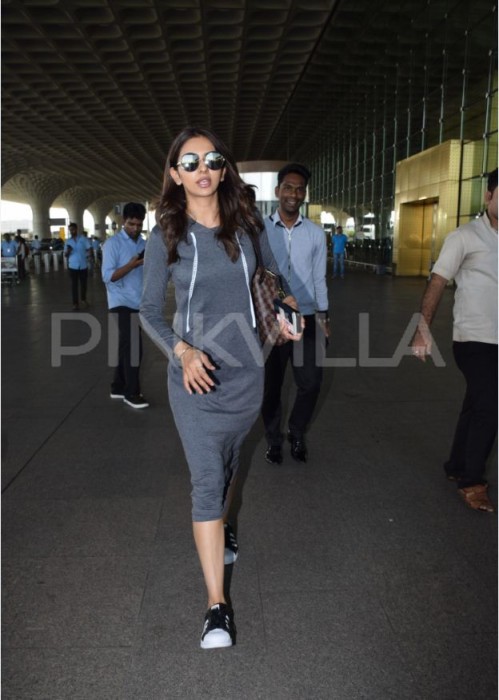 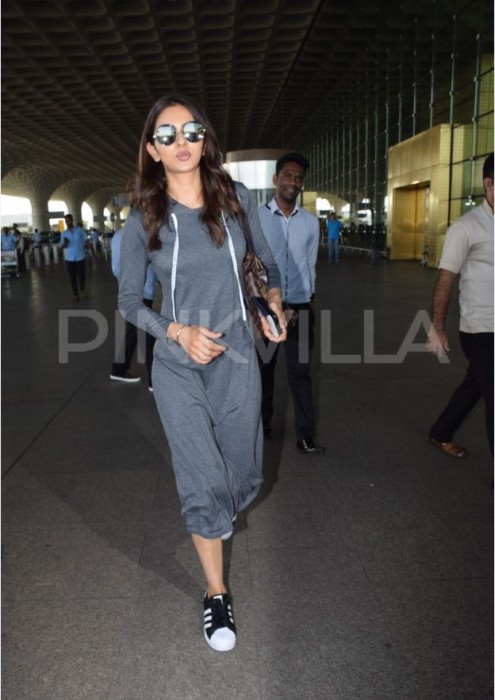 On the work front, Rahul Preet Singh will be seen in 2018 Tamil gangster film NGK where she can be seen sharing screen space with Suriya and Sai Pallavi. The actress has completed the first schedule in NGK. In addition to Tamil films, she is also simultaneously working on her Bollywood films. The actress is currently has geared up for the shooting of her untitled rom-com with Ajay Devgn.

Reports are also doing rounds Rakul has been roped in for a special number in Ram Charan starrer. Buzz in the Telugu film circles is that the makers are planning for a special number in the film. This will be another glam addition to the film and fans of the mega power star are much excited about this. The yet-untitled film will be produced by Dhanayya under the banner DVV Entertainments.