Shruti Haasan was today spotted in the city. She was accompanied by her mom Sarika and rumored boyfriend Michael Corsale.

Sporting a simple yet impressive look, she looked smart and appeared to be in a good mood. She was seen in a blue outfit and was all smiles as she got clicked by the paparazzi.

While Sarika looked beautiful in a white outfit, Michael looked dapper in a white tee and trousers. The trio was seen walking towards the car.

For the uninitiated, Shruti has been rumored to be in a relationship with Michael for a while now. However, she has never spoken about her personal life in public.
Some time ago, on being asked a question about her love life, the actress had said that she does not believe in discussing her personal life on a public forum.

“I’m not concerned about such speculations, nor do I want to comment on them. And trust me, it doesn’t irritate me, I just choose to ignore such talk because I don’t like to talk about my personal life,” she had added.

A few days ago, Shruti had said that working with her dad was a learning experience for her.

“In Sabash Naidu’ working with papa (Kamal Haasan) was really fun because I learnt a lot and its really memorable experience for me,” she had added.
In addition to ‘Sabash Naidu’, she has a Hindi film titled ‘Yaara’ in her kitty. In it, she will be seen alongside Vidyut Jamwal.

Check out the pictures: 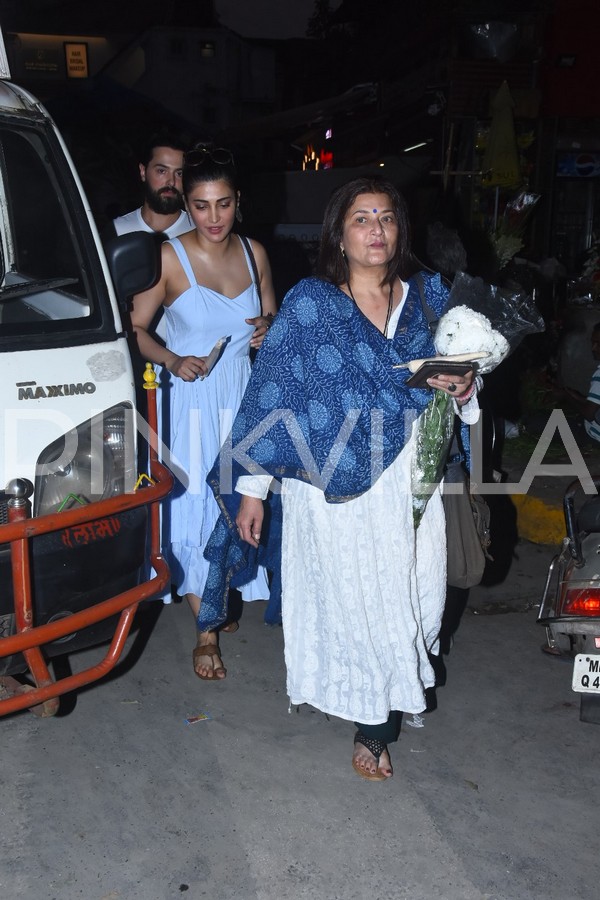 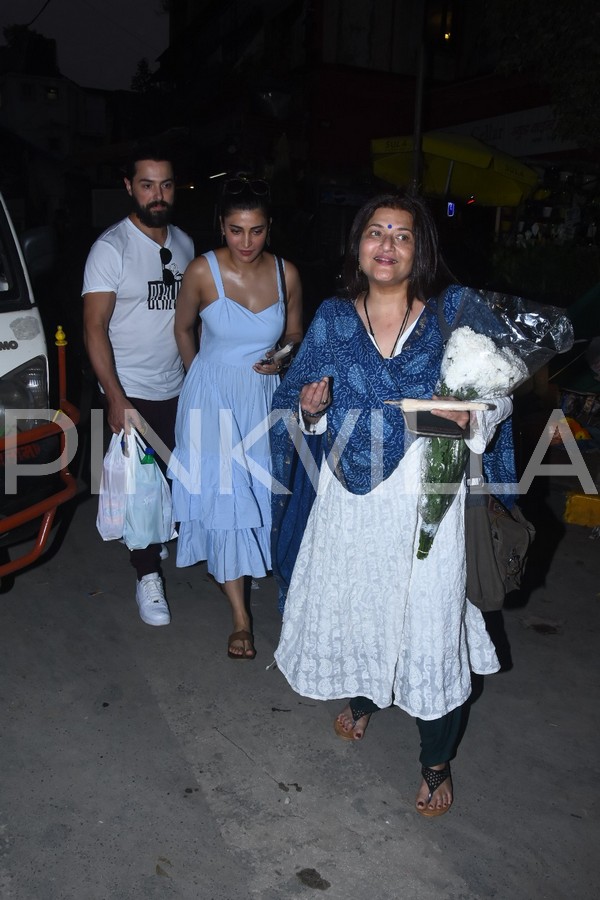 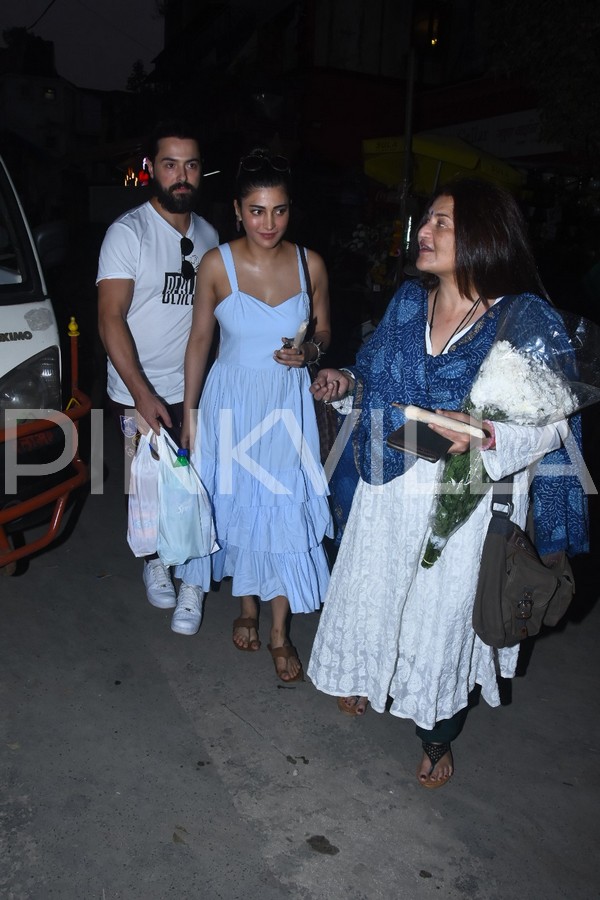 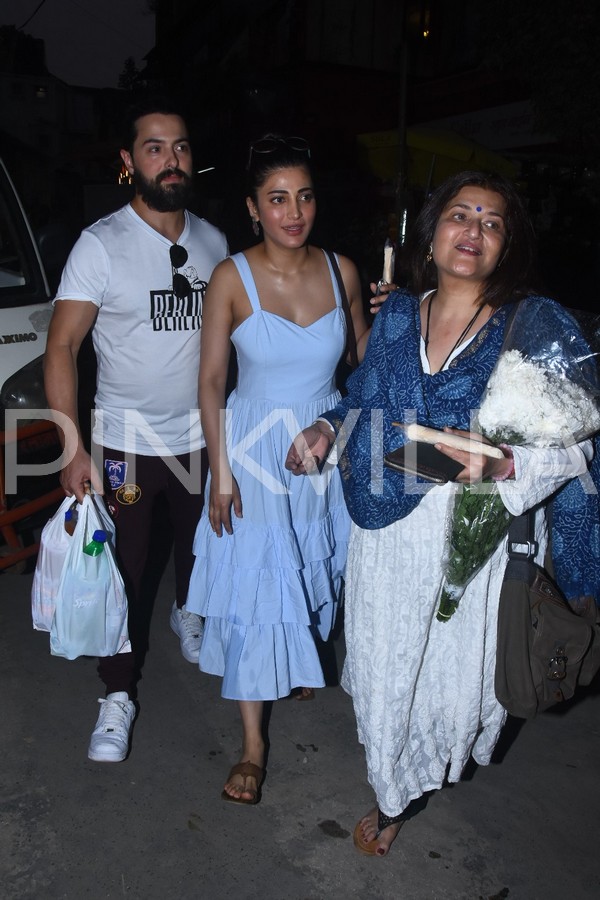 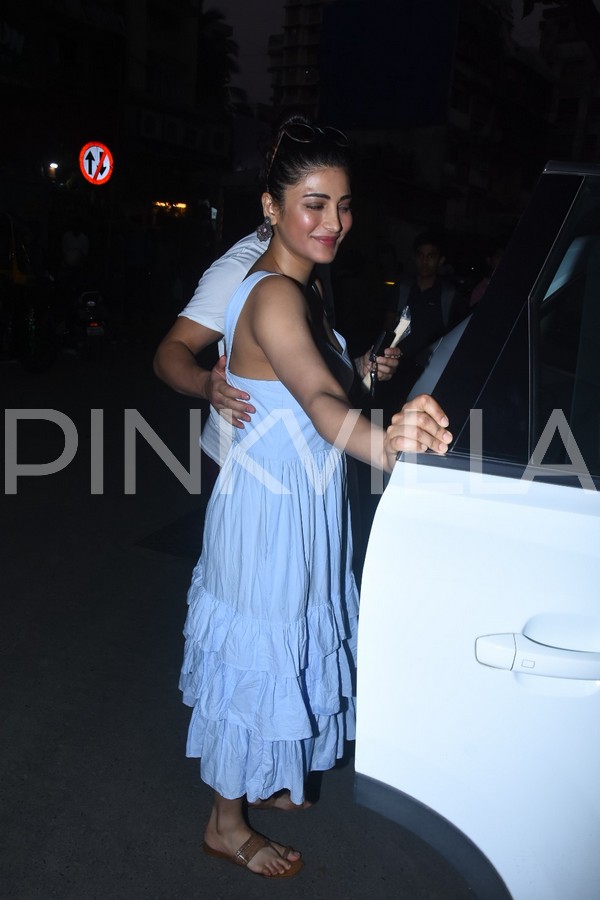 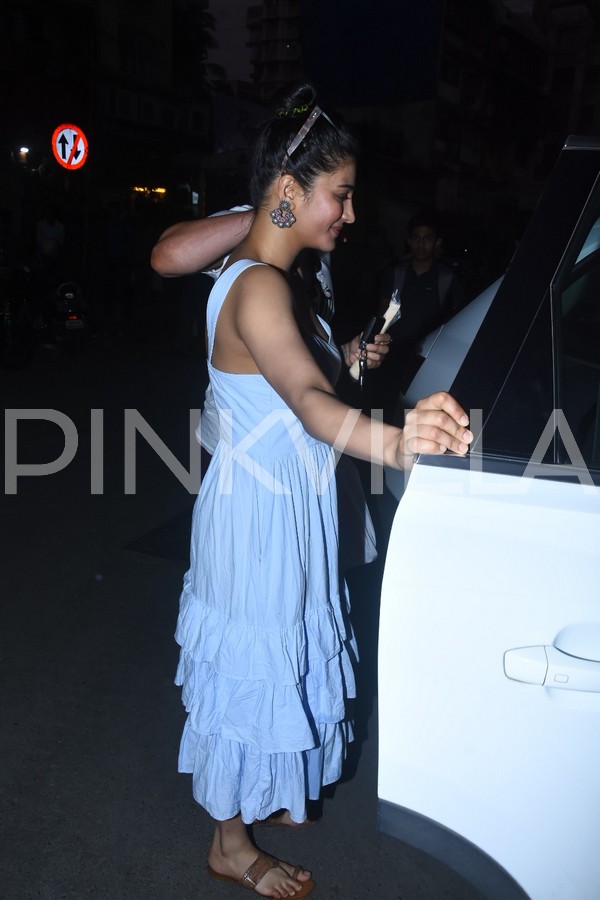 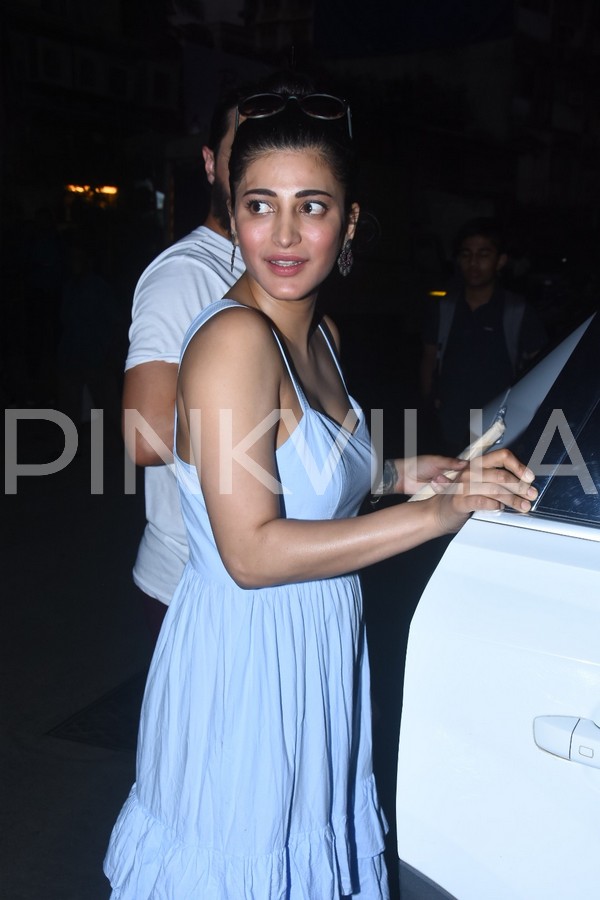 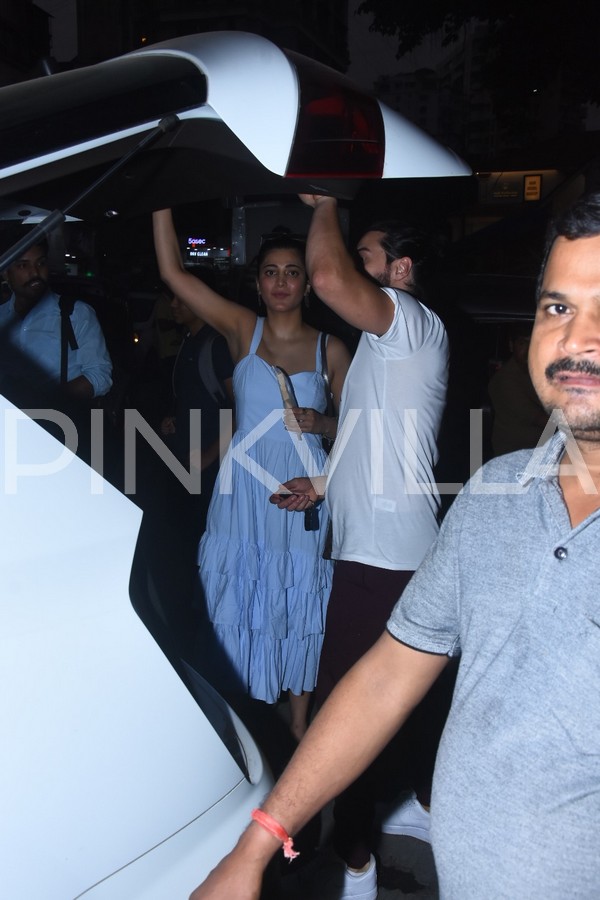 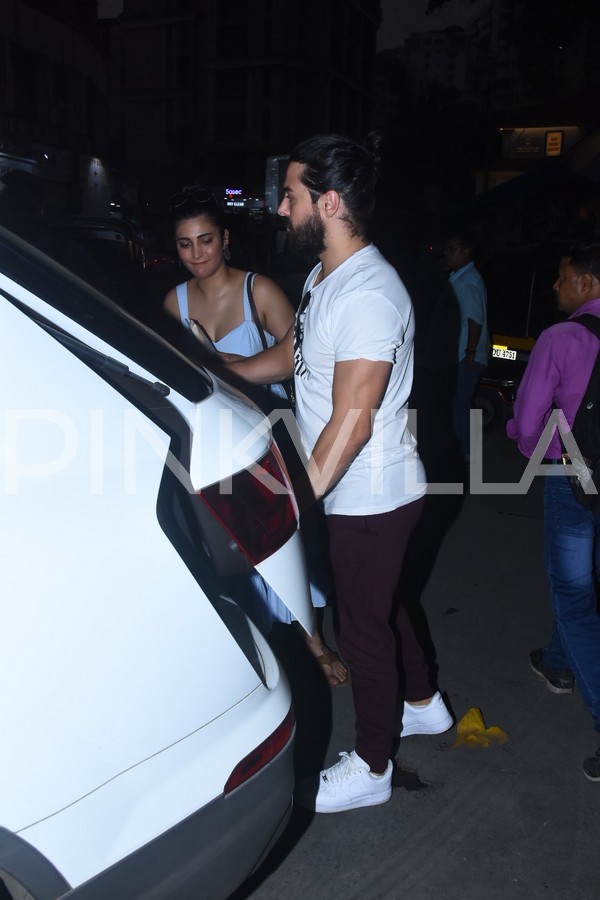 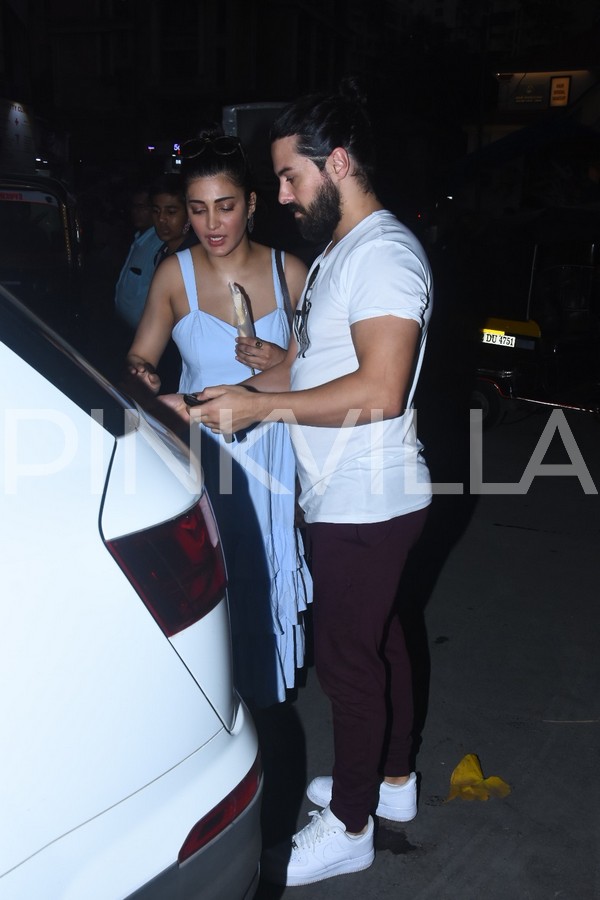 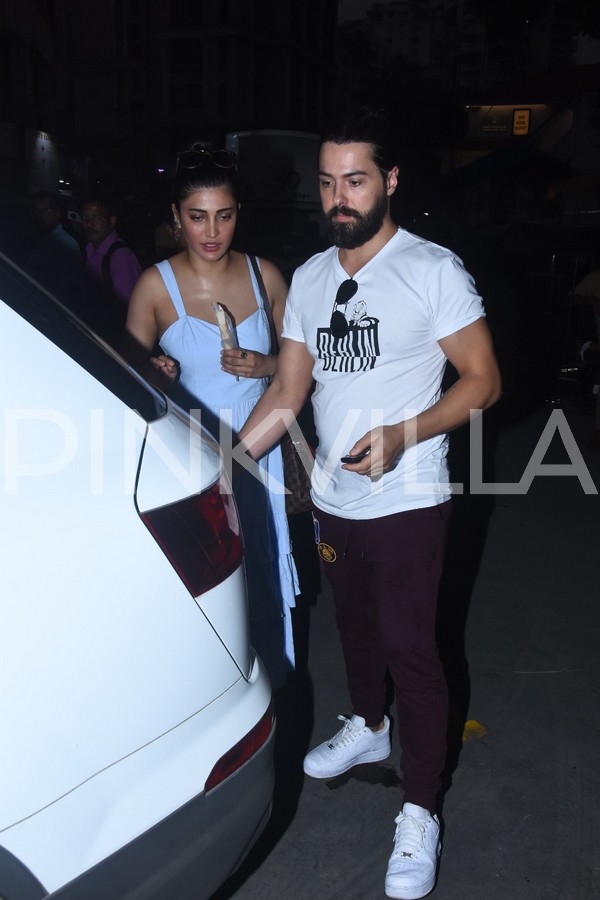 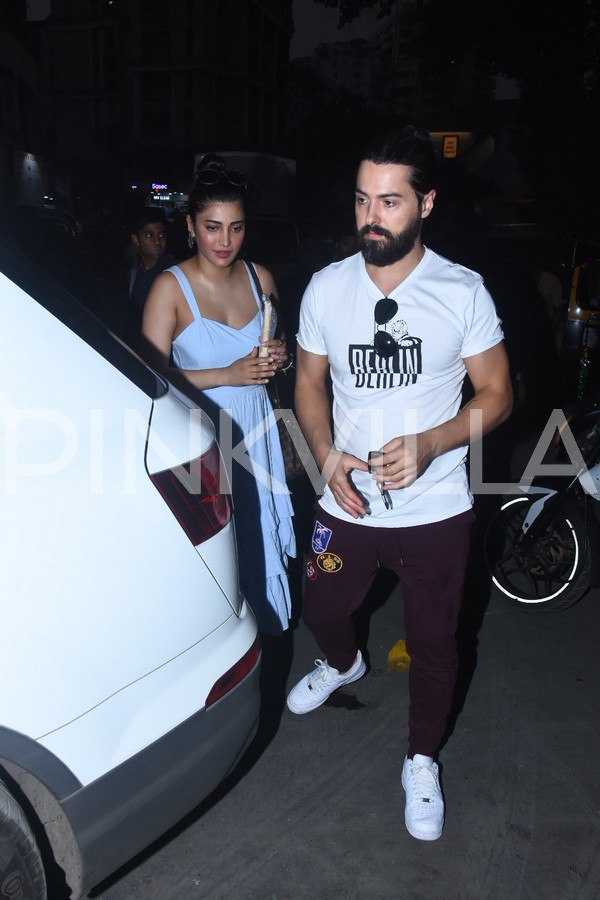 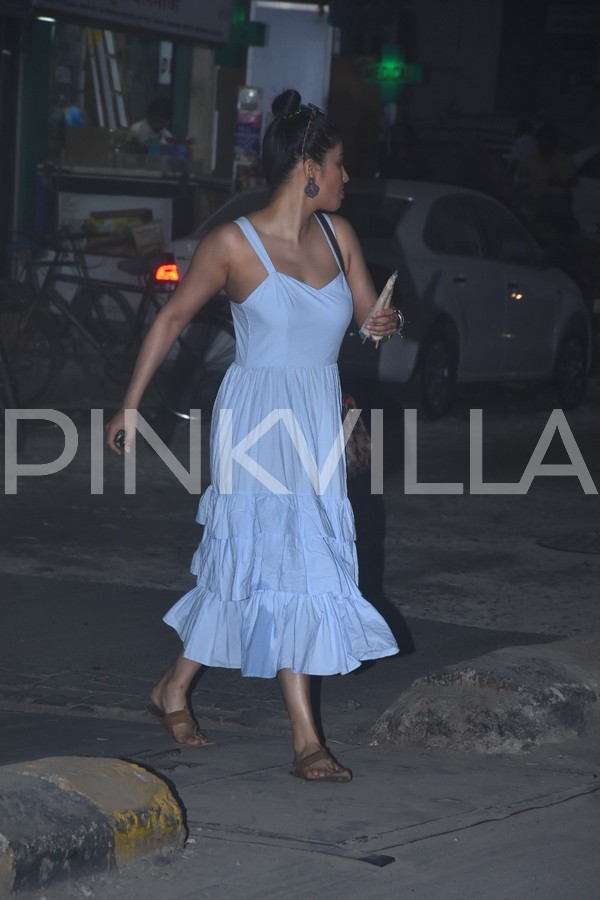 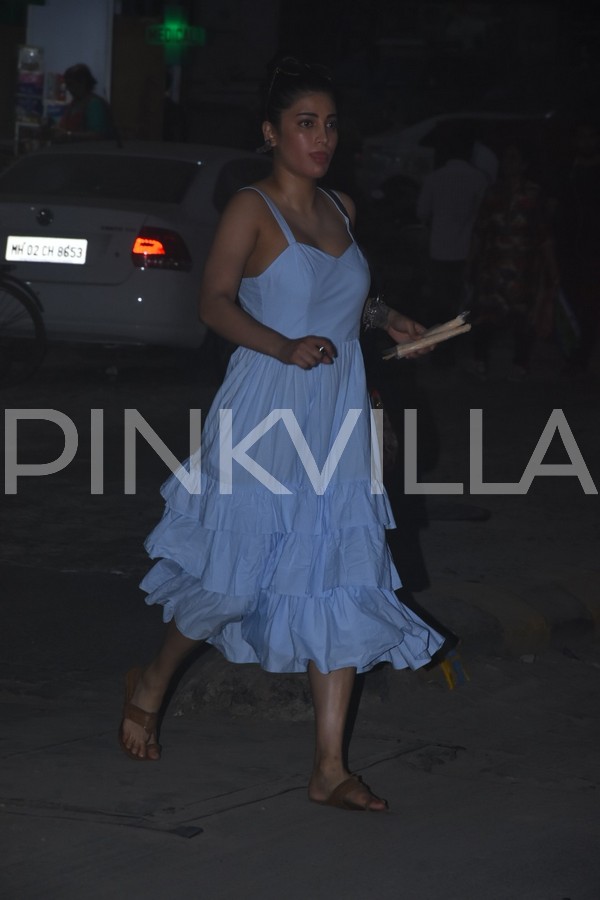