Photos: STR gets snapped on the shooting sets of Chekka Chivantha Vaanam in Serbia

STR’s look has been the talking point in Tamil film circles and the actor seems fitter as ever for Chekka Chivantha Vaanam. 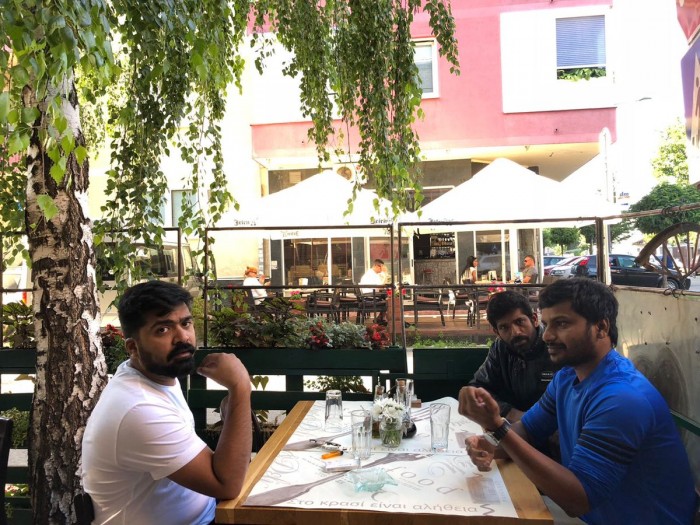 The music of the film will be composed by maestro A.R.Rahman while the camera will be cranked by Santosh Sivan. The film will be dubbed into Telugu as well and is titled Nawab. Rest of the cast includes prominent actors like Prakash Raj, Thyagarajan, Mansoor Ali Khan and Jaya Sudha. The story of the film is penned by Mani Ratnam and Siva Ananth, who co-wrote the film Sachin – A Billion Dreams.

Post Kaatru Veliyidai, Mani Ratnam has been working on this script and has announced it recently. Mani Ratnam is yet again going to collaborate with the Oscar and Academy winning Music Composer A.R. Rahman. This movie is going to be bankrolled by Madras Talkies and has audience pinning high expectations on this. Mani Ratnam’s team is always a set of technicians who have been close to him over years.

For this movie as well, Cinematographer Santosh Sivan has been approached to cast his spell behind the lens and thus making it his sixth time with Mani Ratnam. Chekka Chivantha Vaanam is said to be an action thriller in contrary to Mr Ratnam’s genre of movies and is going to set a different path in his style. It is definitely going to be a treat for all Mani Ratnam’s fans to watch the fantastic cast and crew work together. Hope this movie will create another blockbuster and will live upto the high expectations of the audience.