Well, we are quite aware of Vijay Deverakonda’s huge fan following and his fans did not leave the opportunity to catch a glimpse of their favourite star

Telugu actor Vijay Deverakonda is all set to make his Kollywood debut with his next movie NOTA. The actor is leaving no stone unturned for the film’s promotions and hosted another fan meet in Hyderabad on October 1. Mehreen Pirzada, Anand Shankar and others attended the grand promotional event of the film. Well, we are quite aware of Vijay Deverakonda’s huge fan following and his fans did not leave the opportunity to catch a glimpse of their favourite star at the event yesterday. Hundreds of fans surrounded his car as the actor arrived at the venue. The crowd literally was uncontrolled by bodyguards and security. Check out the photos below.

Talking about his Tamil debut with the film NOTA, Vijay Devarakonda said, “At the launch event of NOTA, I felt difficult to even speak one word in Tamil. As I had planned to start my speech with Thirukkural, I kept practicing it throughout the event. But today, I stand in front of you with a job well done. I have witnessed some mad performances from my co-actors Sathyaraj sir, Nassar sir, MS Baskar. It’s an honour to work with all these gentlemen. The time is now and I made my strike, not to win the world but to conquer the hearts of Tamil people. I don’t know whether you will enjoy the film but you will experience a superb political thriller. Enough said, it’s time to meet you all in theaters at Tamil Nadu, Telugu states, Kerala, Karnataka and rest of the world on 5 October.” 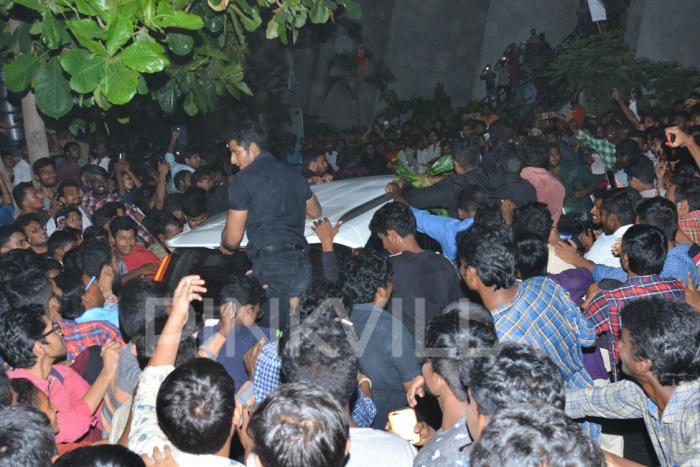 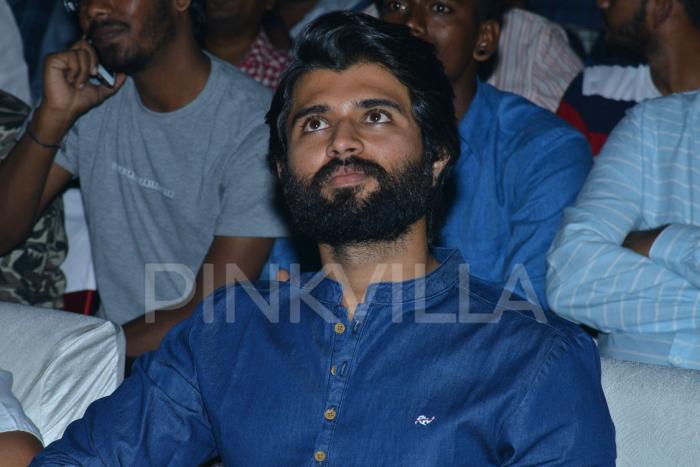 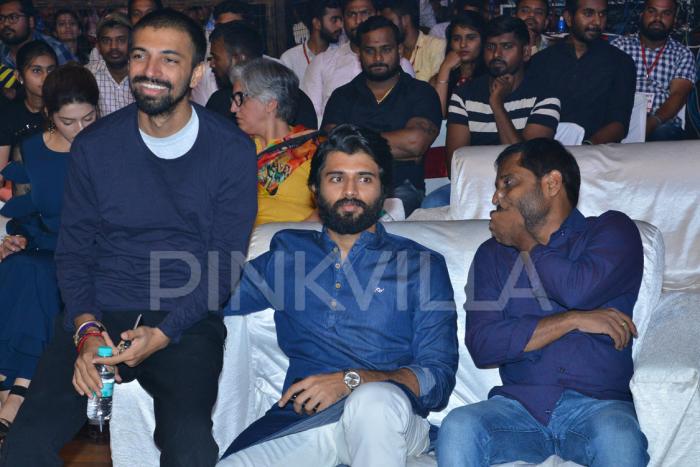 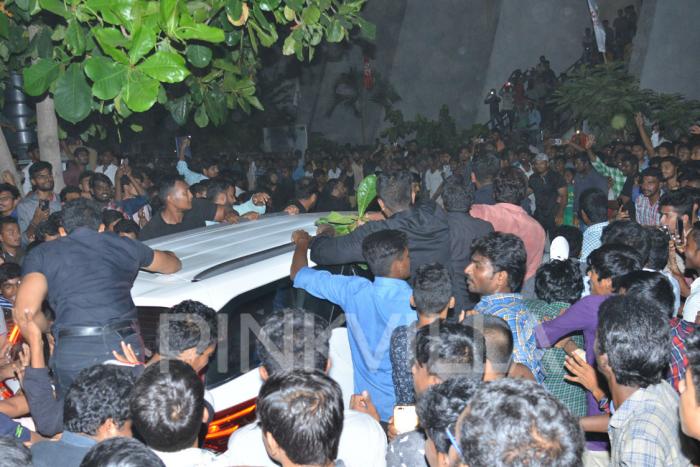 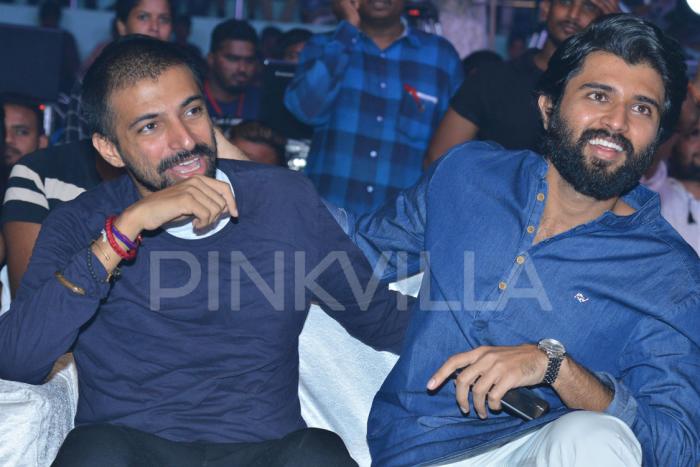 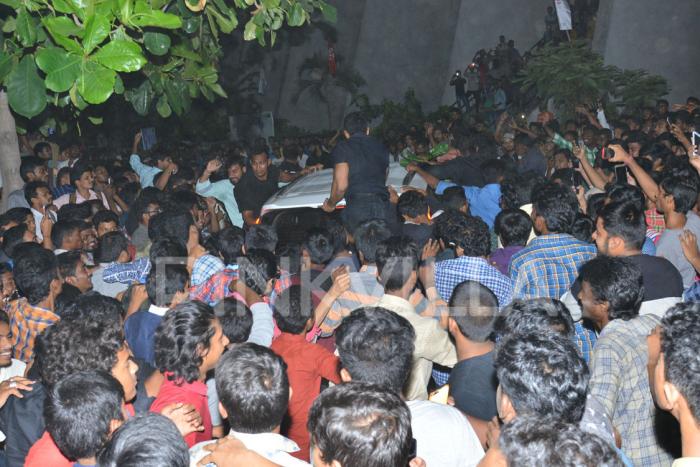 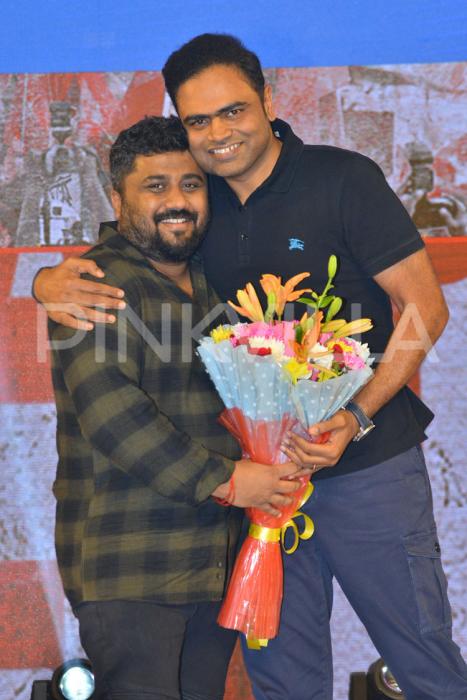 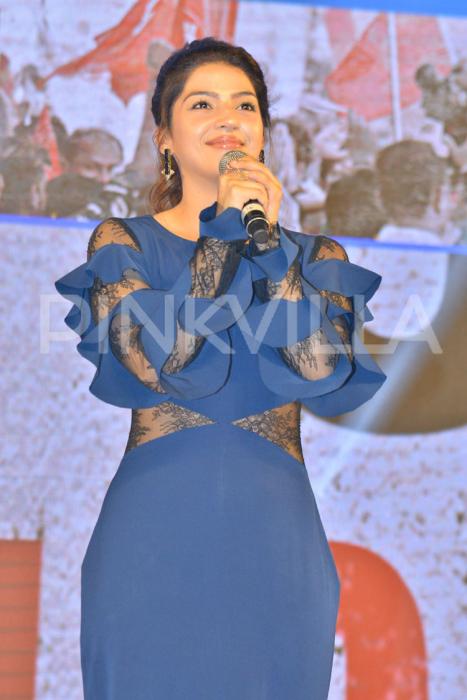 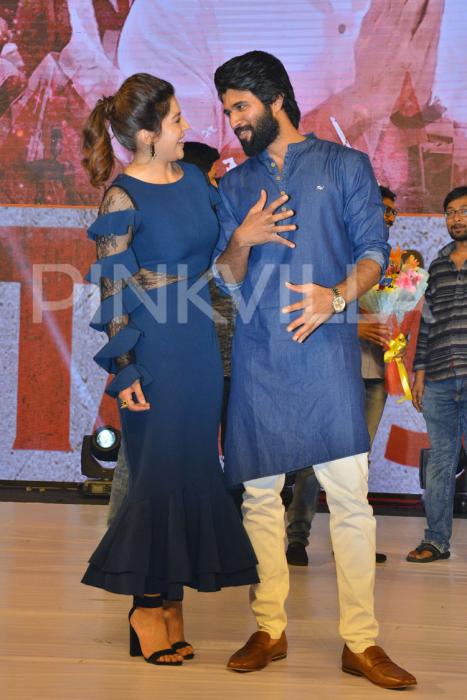 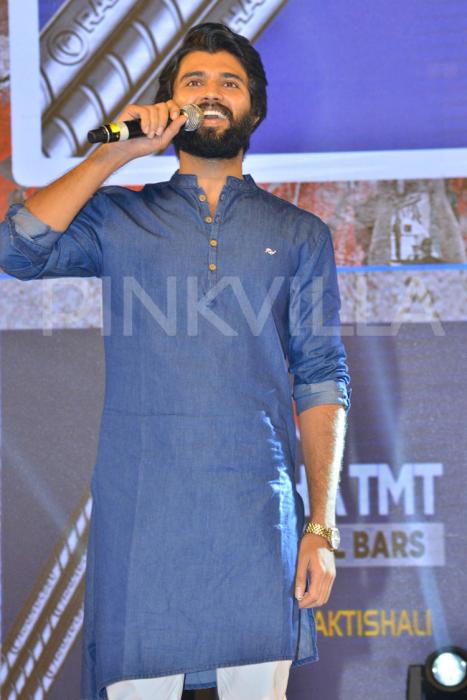 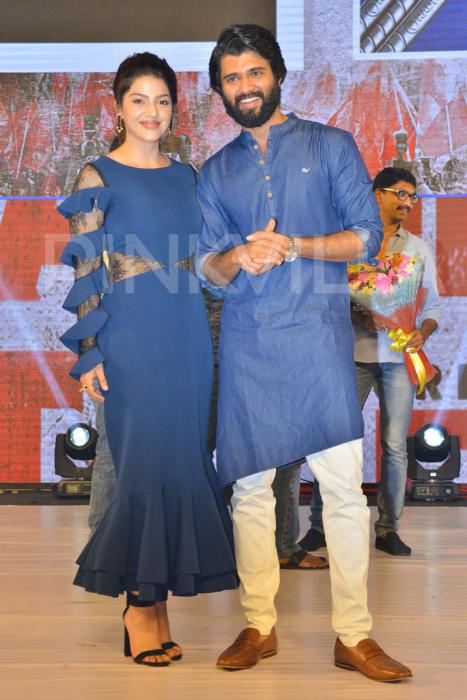 NOTA is releasing on October 5th in Tamil and Telugu languages simultaneously. The film is directed by Anand Shankar and produced by Studio Green banner. NOTA also features Mehreen Pirzada in the female lead as a journalist and the music is composed by Sam CS. This will be the second film in Tamil for Mehreen after Nenjil Thunivirundhal.