Home » Telugu » Features » Ranagasthalam: Why this period rural drama starring Ram Charan and Samantha Akkineni is a must watch

Ranagasthalam: Why this period rural drama starring Ram Charan and Samantha Akkineni is a must watch

We just looked back at all the content put out by the makers during promotions and found there are numerous reasons why Rangasthalam is a must watch for everyone.

Director Sukumar made his entry in films with the 2004 release Arya that starred Allu Arjun as protagonist in the story. It’s been a little over 13 years that Sukumar entered films and he has done only 7 films as writer-director and Rangasthalam will be his eighth. There is no pattern in these seven films that he has done and all these are genuinely different from each other. The commercial success of Sukumar’s films is always a debate and there are always numbers that one can weigh on. But why is Rangasthalam so special for everyone including Ram Charan and his fans. Since the day the first look poster of Rangasthalam was released, there has been a feeling amongst fans and general audience in South India that the film will stand out but we just couldn’t figure the reason out at that point in time. But as days passed by and more videos and songs from the film came out, all the promotional content formed a group of reasons why Rangasthalam will not be like any other lucrative potboiler in Telugu which would fade after a week or 10 days of release. We just looked back at all the content put out by the makers during promotions and found that there are numerous reasons why Rangasthalam is a must watch for everyone even if we are disappointed after watching it. Below we have listed few of them and we feel there are many more besides these.

Much has been spoken about Ram Charan’s look in Rangasthalam – a full beard – which was a common feature in the 80s in coastal Andhra Pradesh, something I found out after googling a bit. The makers sure seem to have done some research before zeroing on in this look. Ram Charan looks in a different zone and is nothing like how he appeared in his previous moves. There is a feeling of ease in Charan’s presence in front of the camera which proves that he has more than just loved his role, Chitti Babu, in the film and has owned it up like a pro. All this sum up and eventually indicate that Rangasthalam may well be a one-man show – Ram Charan Tej Konidela.

They say its hard for urban people to survive in rural areas and even harder if you have never been to one. Samantha Akkineni proves this wrong in straight-on-the-face style! A quick look at her role in Rangasthalam, Rama Lakshmi, and you will know what she has done to understand the character and get into the groove. It may appear to be simple when she is walking with a water container on her hip by the riverside or with a heap of grass on her head, but things that appear simple are always tough to be created. The look and the appearance may have been the efforts of the director and the stylist but they are only making you appear like that. You have got to do the rest of the job. And Samantha Akkineni does it effortlessly which is evident in the trailer and teaser. Rama Lakshmi aka Samantha Akkineni is another reason why I would want to watch Rangasthalam FDFS.

This appearing-to-be-young man has already composed music for more than 50 films in his career which started close to 2 decades ago. At times, his songs may sound familiar to another composition by himself, but we got to admit that there is a towering level of energy in those sounds and has a language of its own. Filmmaker Trivikram Srinivas had said during Julaayi audio launch that DSP weaves a story around the script in his own style and that feature of DSP shows in his music. Rangasthalam’s visuals may give you a rustic feel and take you back to the 80s but the music too had to do it. And DSP was the man who put his hand up. There was not much of guitars, drums or a keyboard back during those times and the most common thing noticed was a shehnai or a harmonium. And if we notice closely, songs of Rangasthalam have a lot of these sounds. Devi Sri Prasad traveled back in time and gave the film a sustainable album which has impressed everyone already. The background scores too are expected to be on a similar level. 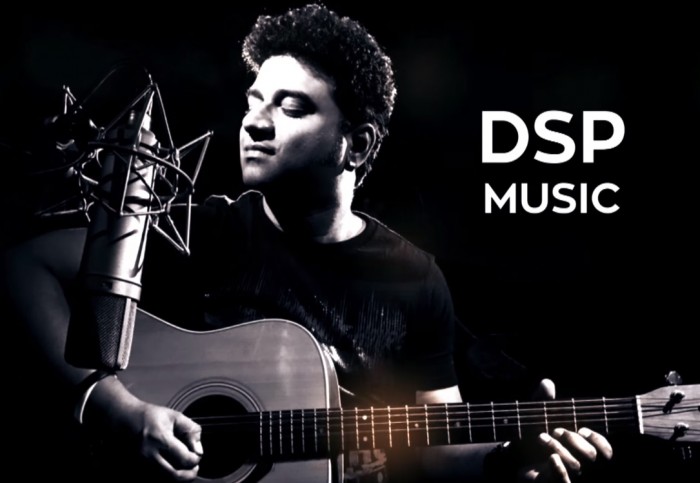 A cinematographer can only shoot what is set up by the art direction team. And if these two personnel are not on the same page, the result could be damaging to the film. Rangasthalam visuals show that cinematographer R. Rathnavelu and Art Director duo Ramakrishna-Monika share a great rapport which has helped them bring the best output. Every single shot gives us the feel of 80s or the 70s and takes you back in time which has to be credited to these two people – DOP Rathanavelu and Art team Ramakrishna-Monika. The technicalities like light and color tones may be out of our range of understanding to speak about, but what we see and feel give us enough reasons to watch Rangasthalam ASAP.