Actor Nani playing ‘The Humanitarian Fish’ in his production ‘AWE’

Nani will be seen playing ‘'The Humanitarian Fish' in the film which means that audiences would get to only listen to Nani in ‘AWE’ in the form of a voiceover.

Trust actor Nani to come up with an out of the box subject and he will surprise you every single time. And this time he is doing it by producing a film titled ‘AWE’ which will be directed by debutante Prashanth Varma. With a humongous star cast –Nithya Menen, Regina Cassandra, Kajal Aggarwal, Srinivas Avasarala, Nani himself, Murli Sharma, Priyadarshi and Ravi Teja in a special appearance – ‘AWE’ grabbed all the attention of movie-buffs of South Indian cinema. Nani revealed the first look poster of Nithya Menen first which created quite an interest around the film. And few days later, Nani revealed the first look poster of Regina Cassandra from the film, on her birthday, which is kickass and unputdownable. And now, to make things more exciting, Nani has revealed his own role from ‘AWE’ which has taken many by surprise. Natural Star Nani will be seen playing ‘’The Humanitarian Fish’ in the film which means that audiences would get to only listen to Nani in ‘AWE’ in the form of a voiceover. Nani is such an artist that presence of any element related to him will draw audiences to the film and ‘AWE’ will surely be another one to get added to that list.

Nani had said recently that when he first heard the script, he was very excited. “Prashanth narrated the story to me and I was thrilled after the narration. I asked him about producers of the film and he said he hasn’t found on yet, but will manage it somehow. That’s when I realised that this story needs a good platform and decided to produce it myself, and told Prashanth the same,” Nani said in a video message he posted on his social networking page. With such stellar star cast, AWE is certainly the most anticipated for film in South Indian cinema in 2018. Nani had earlier produced D for Dopidi along with Raj DK.

Natural Star Nani will soon team up with Nagarjuna Akkineni for a film which will be directed by Sriram Aditya who last directed ‘Shamanthakamani’. It is being reported that the film will have loads of humour and will have Nagarjuna playing a role which he hasn’t played before. According to latest reports, the shooting of the film is set to begin from February 2018 since both Nani and Nagarjuna are busy with their commitments till end of January 2018. Nani has MCA lined up for release on December 21st, 2017 for which he wrapped up recently. On the other hand, Nagarjuna is busy with promotions of Akhil’s HELLO and will also join the shooting of Ram Gopal Varma’s film which will go on till end of January 2018. And because of their tight schedules, the makers have decided to begin shooting for the film from February 2018, reports reveal. The film is yet to be titled and will be bankrolled by Vyjayanthi Movies.

Nani just had a release – MCA – which has been received positively by audiences and critics all around. Directed by Venu Sreeram. MCA also stars Sai Pallavi in the other lead role while Bhumika Chawla will be seen playing an important role. Speaking about the film and director Venu Sreeram, Nani said, “When Venu narrated the script, I could visualize myself in the character because I come from a middle class background. Venu, too, comes from a similar background and I strongly feel the story will resonate and connect with every middle class youngster.” Actress Sai Pallavi will be seen alongside Nani for the first time and they have seem to have had a great time shooting for the film. “Pallavi and I thoroughly enjoyed working together. She’s become my favorite co-star. Vijay, who plays the villain, is a very good performer. We’ve become great friends off-screen,” Nani Added further speaking at the pre release event. 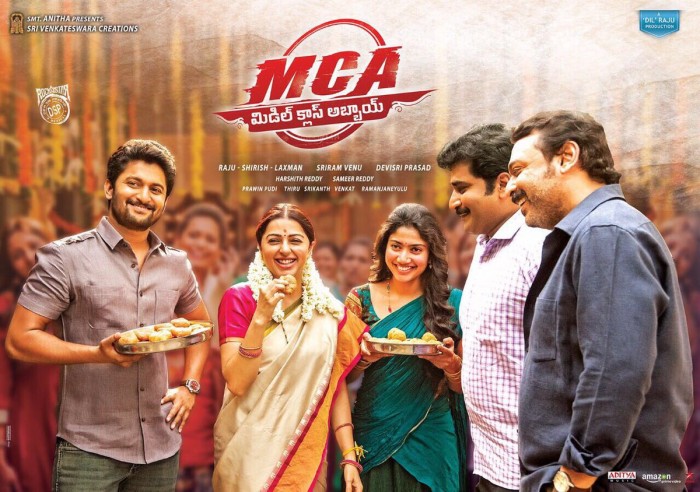 Nani is one of the are actors who rose to stardom with the kind of subjects he chooses and for his natural performance, which connects with millions of people. Nani comes across as a guy who you get to see in your daily routine – in your office or college – and this makes him a common household name. And with an actor of this stature does a film which has a theme of a Middle Class life, it automatically becomes the focal point of film circles. Nani is definitely one of the prime reasons which will make MCA a must for any Telugu movie-buff.