The makers have approached her for a pivotal role in the biopic.

When a biopic is being made on a famous personality, casting will undoubtedly be the most complicated aspect of that film. And more so if that is an iconic actress like Savitri. The biopic, titled Mahanati, is in the stage of pre-production and the makers are exploring all the options that they have on hand. So far, Samantha Ruth Prabhu and Keerthy Suresh have been finalised as part of the cast but no official confirmation has been made regarding what roles these two actresses would be playing. We recently reported that Samantha would be playing the role of a journalist in the film and the story would be narrated from her perspective.

Recent reports coming from sources close to the makers are that Baahubali actress Anushka Shetty might be joining the ensemble cast. Reports suggest that she might portray the role of Jamuna in the biopic and Keerthy Suresh would play the role of Savitri. Reports also indicate that Anushka has not yet signed the dotted line and the makers are waiting for a nod from her. 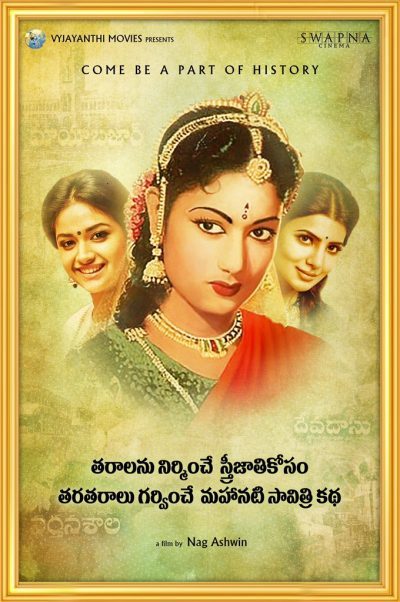 Also, reports are floating that Prakash Raj has been approached as well to play a key role and insiders are guessing that he might play the role of Gemini Ganesan, who Savitri was married to, looking at his stature.

According to director Nag Ashwin, the project will be a period film and will have massive sets never seen before in Indian cinema. The shooting of this gigantic project is scheduled to start in the month of June according to reports.