Prabhas’ Baahubali 2 was released in April and has completed 50 days in theatres now.

In an exciting development, SS Rajamouli’s magnum opus Baahubal 2—which hit screens this April—recently completed 50 days in theatres. And, on this occasion, the makers of this blockbuster released a new poster, sending fans into a state of frenzy.

In it, Prabhas been seen trying to pluck some flowers while riding a horse. Needless to say, the poster quite beautifully captures the grand feel of the ‘Baahubali’ saga and highlights the softer side of Prabhas’ character. It goes without saying that this splendid poster does a good job of making this commendable achievement feel even more special. 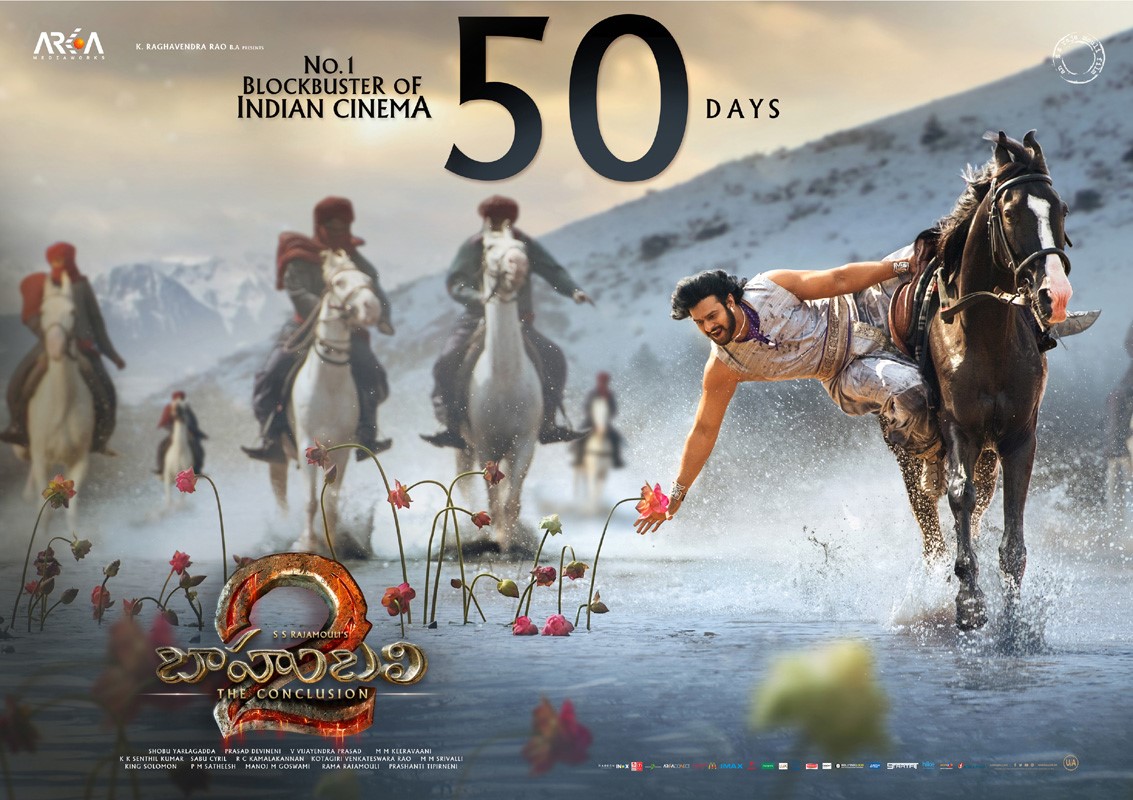 In case you did not know. ‘Baahubali 2’ was released nearly two years after the first instalment and emerged a big hit at the ticket window while receiving rave reviews along the way. Touted to be an epic-drama, it featured Prabhas in a double role alongside Tamannaah Bhatia and Anushka Shetty.

On the other hand, Rana played the antagonist in this much talked about drama. The supporting cast featured names such as Sathyaraj, Nassar and Ramya Krishnan. Shot in Tamil and Telugu, it revolved around the rivalry between two brothers over an ancient kingdom.

On a related note, Prabhas and Rana have already moved on to their next projects. The ‘Rebel Star’ will next be seen in ‘Sahoo’. Touted to be an action drama, it features the 37-year-old in a brand new avatar and will hit screens next year. As far as Rana is concerned, he will next seen in ‘Nene Raju Nene Mantri’ which is touted to be a political-thriller.