The censor formalities of Bellamkonda Sai Sreenivas and Pooja Hegde starrer ‘Saakshyam’ have been completed. The film has got clearance with ‘U/A’ certificate. Saakshyam is all set for a grand worldwide release on July 27th.
Starring Bellamkonda Sai Sreenivas and Pooja Hegde in the lead roles, ‘Saakshyam’ is directed by Sriwass. The film is based on a unique concept film based on Nature’s five elements. 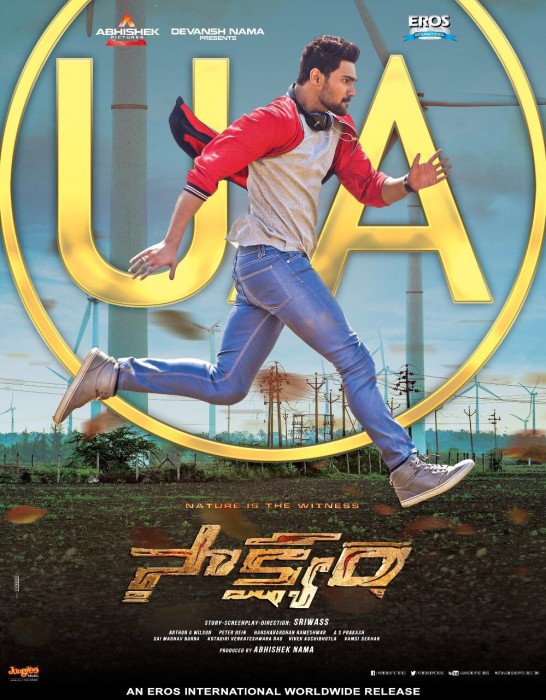 The trailer and songs of ‘Saakshyam’ have garnered a terrific response. Harshavardhan Rameshwar has composed music while Arthur A Wilson has handled the cinematography.

Sriwass is all set to bring some never seen on the big screen. Let’s wait and watch to know what’s in the store for the audience. The makers have spent a bomb into the making of the film and this is quite evident in the trailer itself. Saakshyam’s is releasing on July 27.

The makers of the film released the impressive trailer earlier this month. Shot in Dubai and the USA, the trailer gives us a glimpse of high-end computer graphics, stunning visuals, action, romance, drama, thrills, emotions and the background score is the major highlight. Harshavardhan Rameshwar has scored the music for this flick and Anant Sriram has penned the lyrics.

Without giving out much in the Saakshyam trailer, it is sure to keep you hooked to the last frame. Dialogues by Sai Madhav Burra are one of the highlights. Bellamkonda Srinivas looks macho in his hot physique and is seen throwing some serious kicks and punches. Pooja Hegde adds the glamour quotient in the power-packed trailer.