Chiranjeevi, Amitabh Bachchan starrer Sye Raa Narasimha Reddy teaser to be out on THIS date

Chiranjeevi’s Sye Raa Narasimha Reddy is one of the biggest films of the Telugu cinema and fans have been eagerly waiting for the first teaser.

The teaser of the magnum opus Sye Raa Narasimha Reddy starring Chiranjeevi, Amitabh Bachchan will be released on August 21. Yes, the first teaser of the film will be released on August 21 at 11:30 AM. Chiranjeevi’s Sye Raa Narasimha Reddy is one of the biggest films of the Telugu cinema and the expectations are quite high among the moviegoers. Ever since some stills from the sets of the film went viral on the social media, fans are highly waiting for the teaser. let’s wait to know what the teaser of the magnum opus has in store to offer the audience. 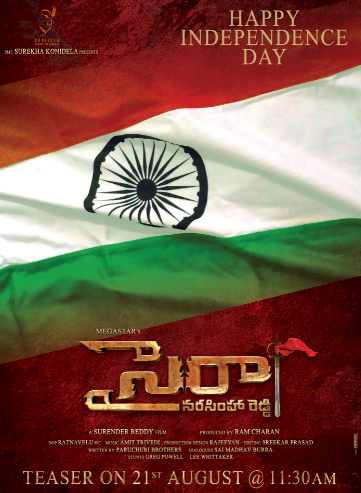 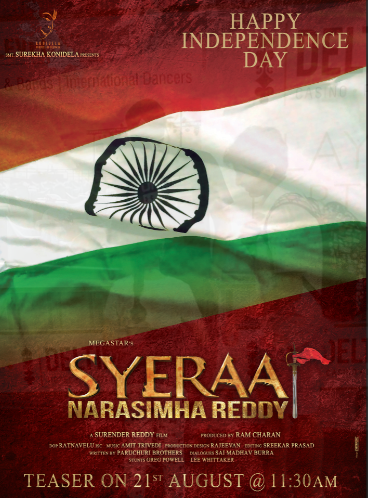 Meanwhile, take a look at the recently leaked pictures below:-

It's wrap for MASSive schedule of #SyeraaNarasimhaReddy 👏🏻👌🏻
Get ready for MindBlowing teaser from #Chiru151 on August 22nd!!!
Keep your expectations as high as possible it won’t disappoint us😀🔥#MegaStarChiranjeevi😎😎 pic.twitter.com/H8MN6EzbaH

Sye Raa Narasimha Reddy is period drama and has been directed by Surender Reddy. In it, he will be seen alongside Amitabh Bachchan and ‘Lady Superstar’ Nayanthara.

Sye Raa Narasimha Reddy is a trilingual film which will be released in Telugu, Tamil and Hindi. The film will see Chiru playing the role of freedom fighter Uyyalawada Narasimha Reddy who took on the British in the film and Amitabh Bachchan will be seen in a cameo role but a powerful one. The film also stars Tamannaah Bhatia in an important role. Hollywood stuntman Gary Powell was recently roped for the action sequences. The film is rumoured to be made on a budget of Rs 200 crore.