Home » Telugu » News » Naga Shaurya on Narthanasala: The script will take me to the next level as an actor

Naga Shaurya on Narthanasala: The script will take me to the next level as an actor

Narthanasala has grabbed all the attention since its inception, mainly over the plot and title of the film.

Young and handsome actor Naga Shaurya, who scored a hit with ‘Chalo’, is all set for the release of his forthcoming film Narthanasala in the direction of Srinivasa Chakravarthy. The film has grabbed all the attention since its inception, mainly over the plot and title of the film. The title has been borrowed from late N.T. Rama Rao’s film with the same name, from 1963.

Talking about the film, DC quoted Naga Shaurya saying, “Contrary to what the title suggests, the film doesn’t revolve around dance. But we are sure that it will live up to the expectations and the title. We are confident that the title will not spoil the N.T. Rama Rao-starrer.”

Naga Shaurya, who is filming a song of the film,  further added, “I want to keep the plot line as a surprise element for the audience. I am confident that the script has the potential to take me to the next level as an actor.”

The makers of the film have currently geared up to finish the last leg of the shoot. Here’s are some pictures from the sets of Narthanasala that see leads stars Kashmira Paradeshi and Naga Shaurya filming for a song. 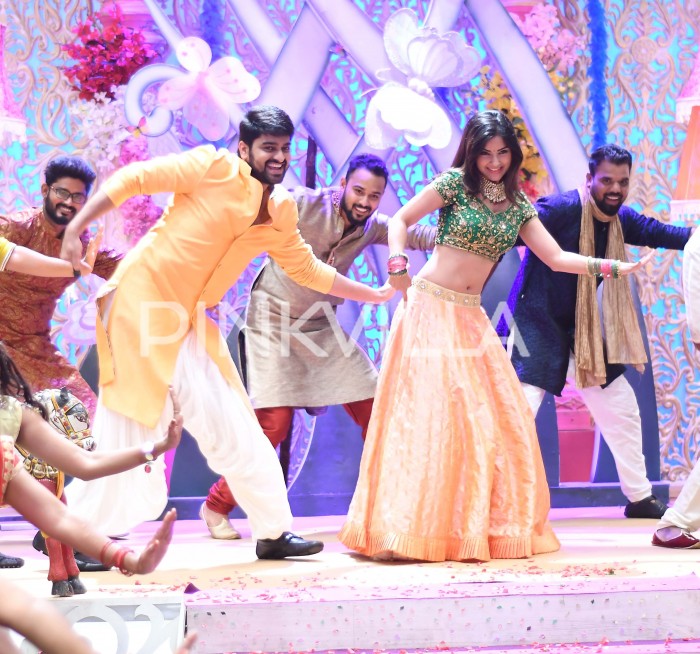 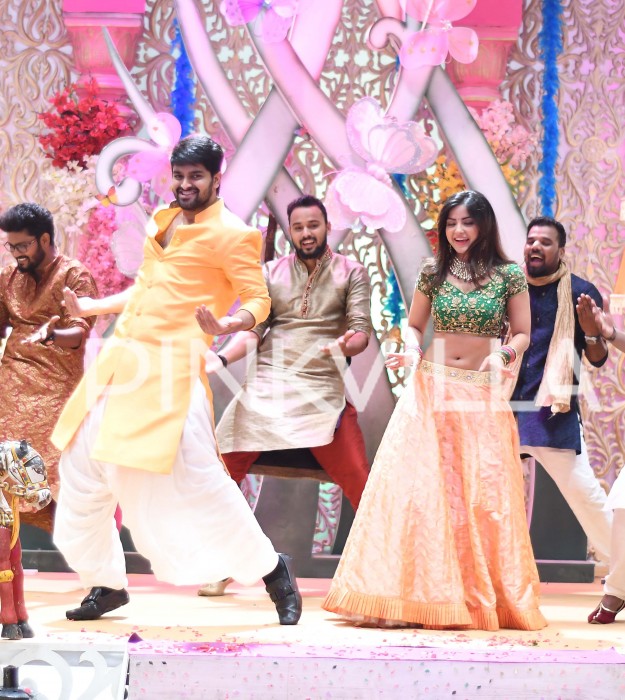