Home » Telugu » News » Photos: Keerthy Suresh celebrates the win of Mahanati with Rani Mukerji and others at IFFM 2018

Photos: Keerthy Suresh celebrates the win of Mahanati with Rani Mukerji and others at IFFM 2018

The film ‘Mahanati’ starring Keerthy Suresh, Samantha Akkineni, Naga Chaitanya and Vijay Deverakonda bagged the Indian Film Festival of Melbourne (IFFM) Equality in Cinema award. This is the first award that the film has received after its release and blockbuster success. The team of Mahanati including director Nag Ashwin, actress Keerthy Suresh, producers Swapna Dutt and Priyanka Dutt attended the IFFM award ceremony. Keerthy attended the Indian Film Festival of Melbourne in best traditional look. She wore the elegant sari with a heavy neckpiece.

Speaking after winning the award, producer Swapna Dutt said, “It’s an honour to be here and win an award for such an outstanding film. Not just in the domestic market, ‘Mahanati’ performed really well in the overseas as well. The box office numbers say so and we are super proud of the product we made.” The team of ‘Mahanati’ also took part in an interactive session. Actress Keerthy Suresh who essayed the titular role of Savitri in ‘Mahanati’ was also nominated in the Best Actress category. Keerthy was nominated under Best Actress category along with Rani Mukherjee, Vidya Balan, Deepika Padukone, Alia Bhatt and Bhanita Das.

Check out the photos below:- 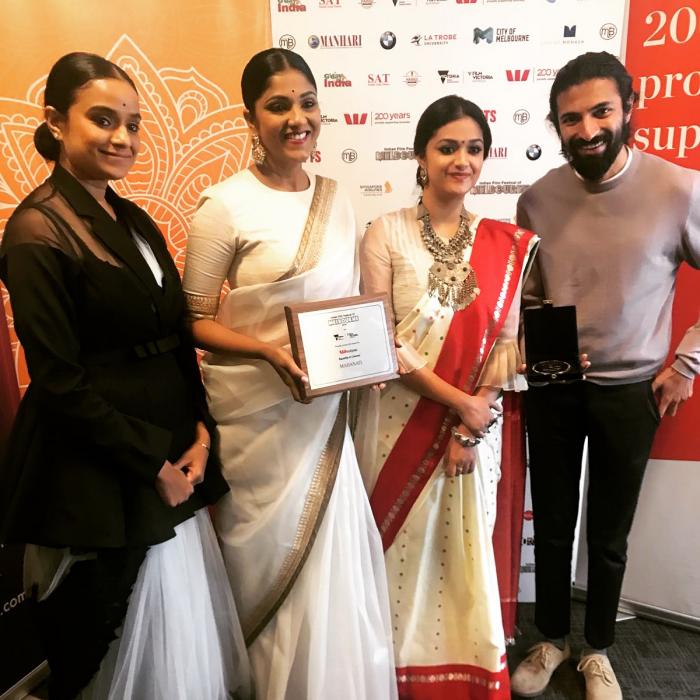 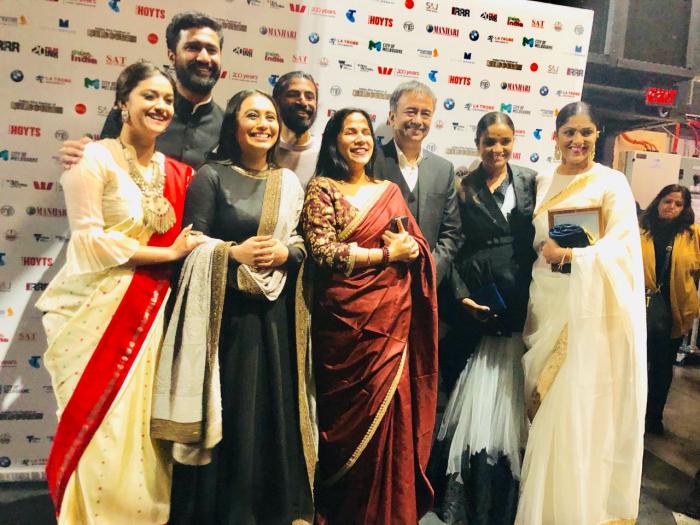 However, Rani Mukerji bagged the award for her role as a teacher with Tourette’s syndrome in ‘Hichki’. Rajkumar Hirani’s film ‘Sanju’ bagged the Best Film honour. The director-producer was also present at the awards night.