Rana, who had dubbed for a version of the Hollywood superhero film "Avengers: Infinity War", is interested in the genre if told in the Indian context.

Actor Rana Daggubati is spreading his wings in Tollywood, Bollywood and even in Hollywood. The actor is trying every genre film and this is only leaving his fans excited. Rana, who had dubbed for a version of the Hollywood superhero film “Avengers: Infinity War”, is interested in the genre if told in the Indian context. Actor Rana Daggubati has lent his voice in Telugu dubbed version of Hollywood film Avengers: Infinity War for the character Thanos. Asked if Rana would like to do a superhero film, he told IANS: “I did one called ‘Baahubali’.”

“That’s a superhero for you,” the actor, who played the main antagonist in the “Baahubali” franchise, said with a laugh. But what about playing the good guy? “I would love to do something in the Indian space, Indian thinking and writing. Being a superhero is an experience that you give to the audience. The reason why the Hulk, Thanos and all are big characters is because once you go to theatres, you enter that world… created by the filmmakers,” he said. 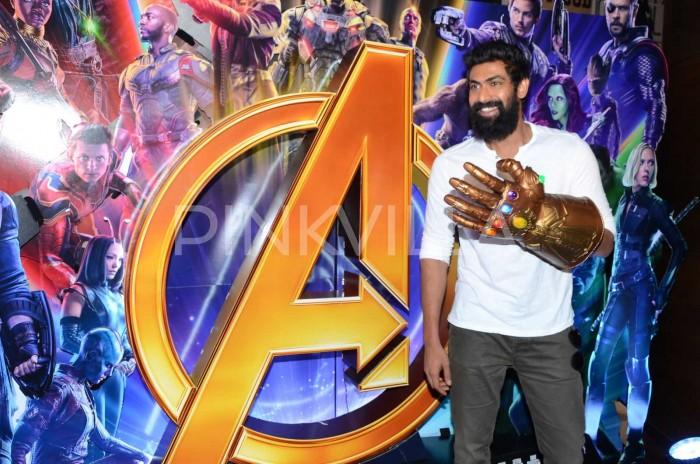 Rana had said earlier: ‘Baahubali has done to Indian cinema what ‘Star Wars’ has done to America. I really feel we are in our best time now.”

On the work front, Rana will be seen playing a very important role in an upcoming NTR biopic. Reports are also doing rounds that the actor might replace Nana Patekar in an upcoming Bollywood film Housefull 4 that also stars Akshay Kumar. However, no official confirmation regarding the same has been made.