Malvika wore a handwoven sari from Anonym House. Styled by Shilpa-Geetha, Malvika made the fusion look cool as she paired the sari with white sneakers.

Actresses love experimenting with their looks and the young Malvika Nair made a very cool yet chic appearance at the audio launch of her upcoming film Vijetha. Malvika wore a handwoven sari from Anonym House. Styled by Shilpa-Geetha, Malvika made the fusion look cool as she paired the sari with white sneakers. Simple straight hair, minimal makeup, and a white watch completed her look perfectly. An unusual pick for Indian wear gone right? Absolutely, yes! 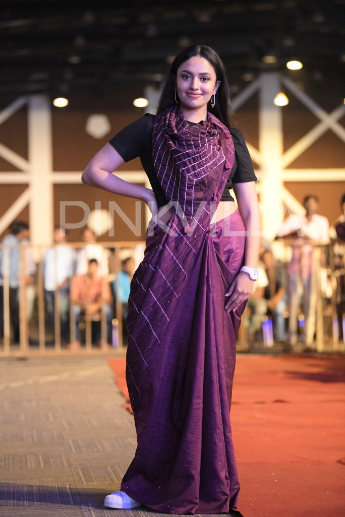 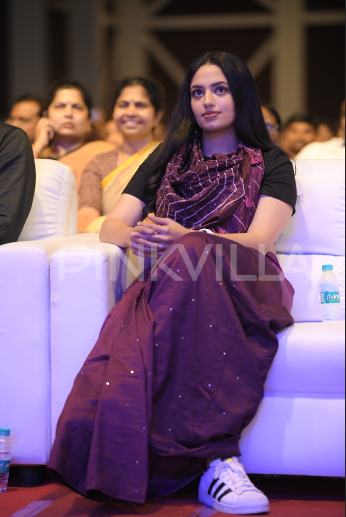 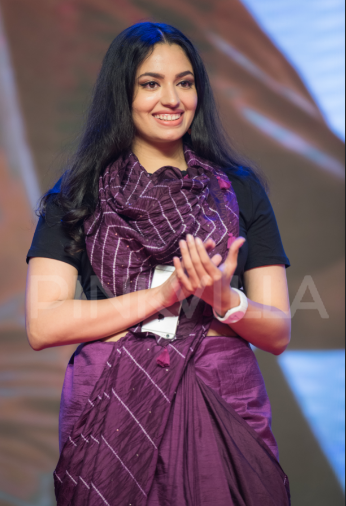 What do you have to say about Malvika Nair’s look? Yay or Nay? Share your views in the comments section below.

Vijetha is being produced by Sai Korrapati under the banner Vaarahi Chalana Chitram. The makers held the audio launch event in Hyderabad yesterday which was attended by megastar Chiranjeevi. Lead actors Kalyaan Dhev and Malvika Nair, director SS Rajamouli, MM Keeravani and cast and crew of the film showed their presence at the event. Fans were quite excited as they got a glimpse of their favourite superstar Chiranjeevi.

The music of Vijetha is being rendered by Harshavardhan Rameshwar while the camera is being handled by Baahubali cinematographer KK Senthil Kumar. The art department is being managed by Ramakrishna-Monica who are known for their works in the recent hit Rangasthalam starring Ram Charan.