Mehreen Pirzaada took to Instagram to share some behind the scenes from the amazing photo shoot of their next film F2.

Fans are eagerly waiting to catch their favourite star Venkatesh on the big screen. The actor has geared up for Anil Ravipudi’s F2 (‘Fun & Frustration’), which also stars Varun Tej, actresses Tamannaah Bhatia and Mehreen in the lead roles. While the team is currently busy with the shooting of the film, here’s a treat for fans that is sure to leave you excited. The star cast of the film had an amazing photo shoot. Mehreen Pirzaada took to Instagram to share some behind the scenes from the amazing photo shoot for their upcoming film, F2: Fun and Frustration. 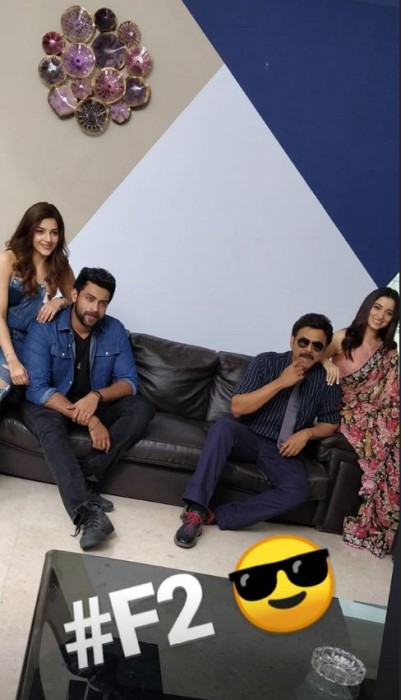 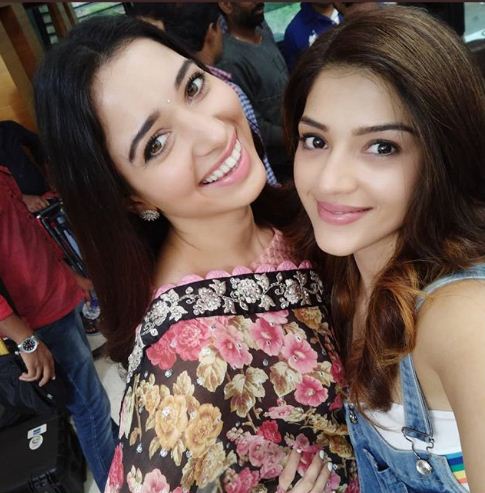 This is for the first time that Varun Tej and Venkatesh have come together and this has created immense excitement among the audience. Reportedly, in an interview, Mehreen had shared that she had signed the film just to feel the sheer enthusiasm of what it means to be a part of Venkatesh-Varun Tej’ F2.

Expectations on F2: Fun & Frustration are quite high going by the run Anil Ravipudi in his career so far. Having made his debut with Pataas starring Nandamuri Kalyanram, Anil Ravipudi impressed everyone with the comical episodes in the film and his next two films too had a similar run, Supreme and Raja The Great.