Tharun is also heard to have pitched a couple of ideas to Hirani and talked extensively on them.

As we all know, Rajkumar Hirani’s recently released film Sanju starring Ranbir Kapoor has hit the bull’s eye as the film enters Rs 100 crore club. Tharun is also heard to have pitched a couple of ideas to Hirani and talked extensively on them.

Hirani’s ‘Sanju’ is based on Bollywood actor Sanjay Dutt’s life and Ranbir Kapoor played the title role. The film is storming at the box office with some stunning box office numbers. 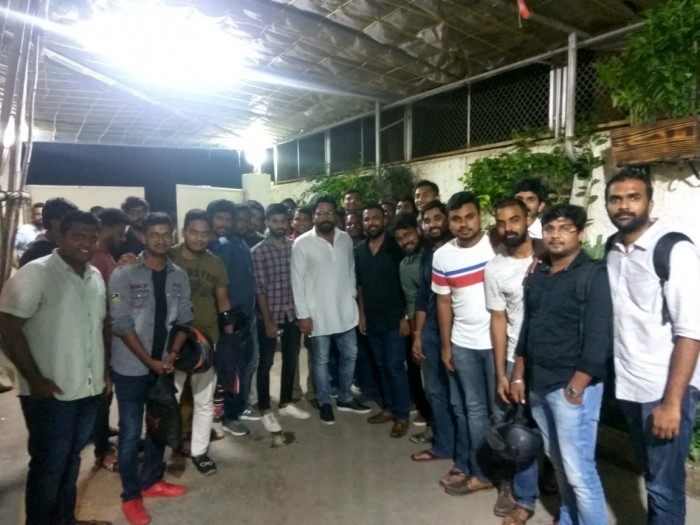 On the other hand, Tharun Bhascker’s second outing ‘Ee Nagaraniki Emaindi’ which is a buddy comedy and about four guys, is attracting the youth of Telugu state.

The music for the film is by Vivek Sagar (Tapeloop), Production Design is by Latha Tharun, Cinematography by Niketh Bommireddy, Editing by Raviteja Girijala and Venkat Siddareddy is the Executive Producer.

Said to be a story about four friends who venture out to work on a short film, Ee Nagaraniki Emaindi is a slice-of-life genre film which has impressed critics and audience as well. The premiere shows in the US were packed and the film is receiving a positive response there.

Tharun Bhascker started off where he left with Pellichoopulu and seems to continue with the same momentum he gained with his debut film. Tharun is now one of the most sought-after filmmakers in Tollywood.