Upasana also shared a shirtless picture of Ram Charan on her Instagram account, which has left everyone amazed.

Ram Charan has resumed with the shoot of his next film in Azerbaijan. The film also starring Kiara Advani is untitled and is being directed by Boyapati Srinu. The film has been a talk of the town for quite a few reasons and one of them is that it is first a Telugu movie being shot in Azerbaijan. The team is currently camping there for the next 25 days for one of the important sequences. Ram Charan’s wife Upasana has been updating every bit about the shoot on her Instagram story.

Upasana also shared a shirtless picture of Ram Charan on her Instagram account, which has left everyone amazed. She shared a hot picture with a caption, “‪All set for the #azerbaijan schedule of #RC12 – it’s going to be rough & raw ! #RamCharan ‬- check out @ramcharanfit.” Well, looks like the actor has made an Instagram debut for his upcoming film, which is being called RC12. Ram Charan has reportedly undergone a special makeover to achieve the ultra-modern look for the film. We are highly waiting to catch more looks of him from the sets of the film.

‪All set for the #azerbaijan schedule of #RC12 – it’s going to be rough & raw ! #RamCharan ‬- check out @ramcharanfit

A post shared by Upasana Kamineni Konidela (@upasanakaminenikonidela) on Sep 5, 2018 at 4:31am PDT

Check out more pictures from the sets of RC12: 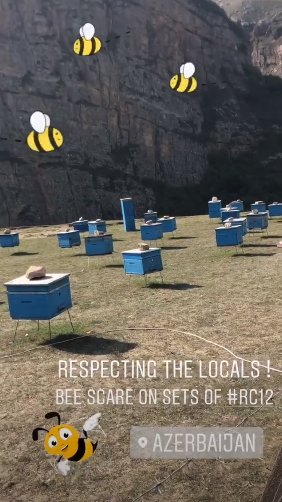 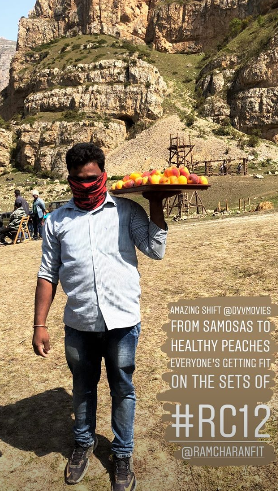 RC12 will mark Kiara Advani’s second film in Tollywood after she made her dream debut opposite Mahesh Babu in Bharat Ane Nenu. The film went on to break records at the Box Office. 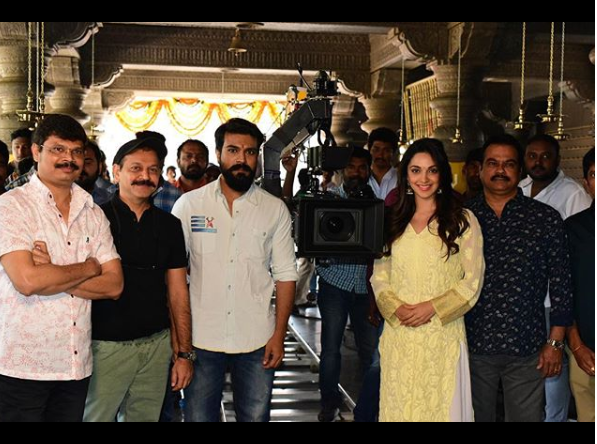