Vijay Deverakonda’s NOTA to release on THIS date

Well, fans do not need to wait for a long now as the release date of NOTA is finally out.

Nota starring Vijay Deverakonda is one of the awaited films of this season. The trailer of the film was released earlier this month and it received an extraordinary response from the audience on social media. Vijay Deverakonda is known for bringing some intense and powerful performances on the big screen and fans can hardly wait to catch him in another strong role as a politician. Well, fans do not need to wait for a long now as the release date of NOTA is finally out.

Nota is releasing on October 5th, 2018. The film also stars Sathyaraj and Nasser in the lead roles. Mehreen will be seen in a female lead as a journalist in the movie. Sam CS has composed music for ‘NOTA’ which is bankrolled by Studio Green banner. Santhana Krishnan Ravichandran has handled the cinematography. 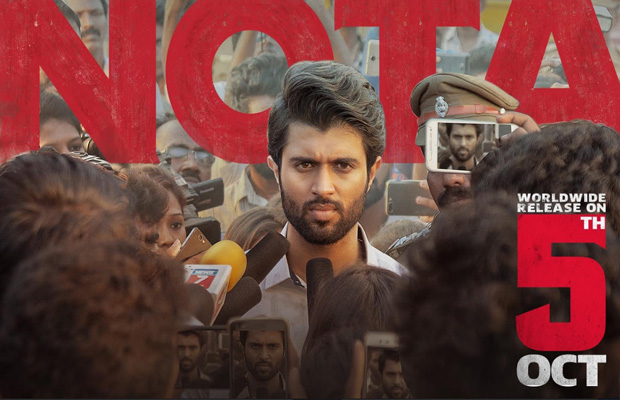 Earlier, while talking about his role and making Tamil debut with NOTA, Vijay had said, “Post Pellichoopulu, I received a lot of offers from Tamil industry. I decided I won’t do a Tamil film unless I know the language. If I want to do it, I wanted to do it perfectly. Just after the release of Arjun Reddy, producer Gnanavel Raja brought me this script and was after me to give it a listen. He told me it’s from a very talented director called Anand Shankar.”