Samantha Akkineni made another stunning appearance. The actress was clicked in a silver and gold kurta with red pants by designer Payal Khandwala.

South actress Samantha Akkineni is surely winning hearts with her back to back powerful performances on the big screen. The actress was recently seen in Tamil film Irumbu Thirai, which is now being dubbed into Telugu and is titled Abhimanyudu. The cast and crew of the film gathered for a press meet yesterday and like always, Samantha Akkineni made another stunning appearance. The actress was clicked in a silver and gold kurta with red pants by designer Payal Khandwala. Accessorised with power hoops by Misho’s jewellery, red lip rounded off her look perfectly.

Take a look at the pictures here: 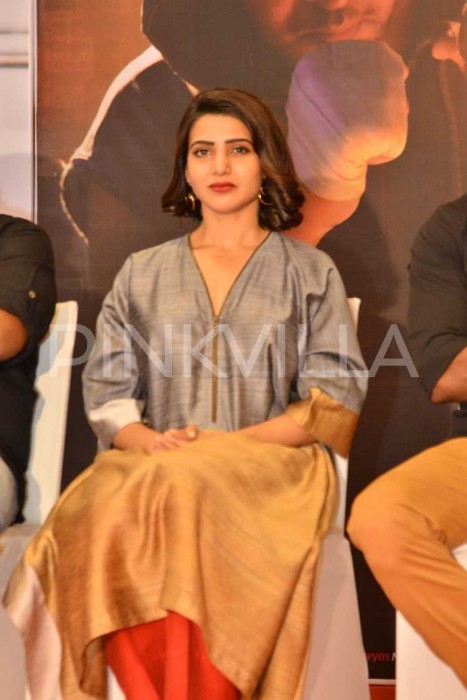 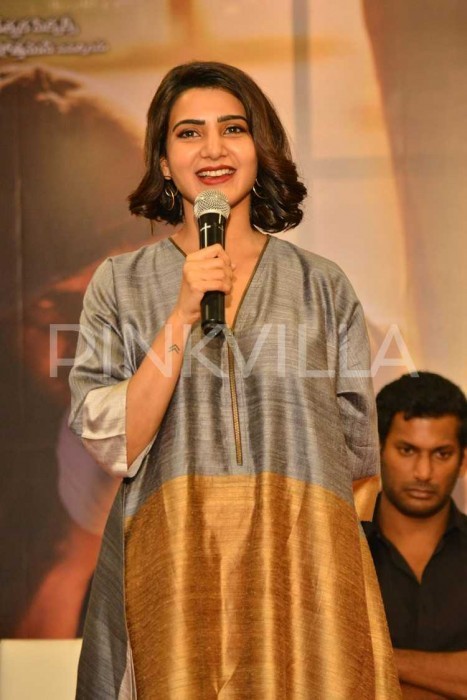 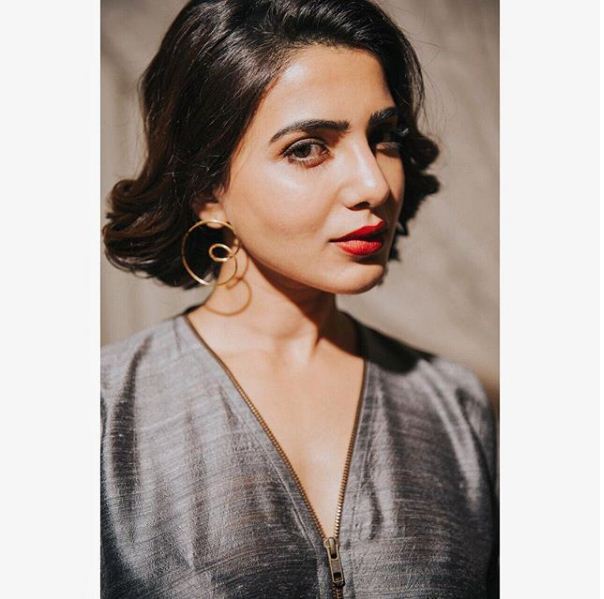 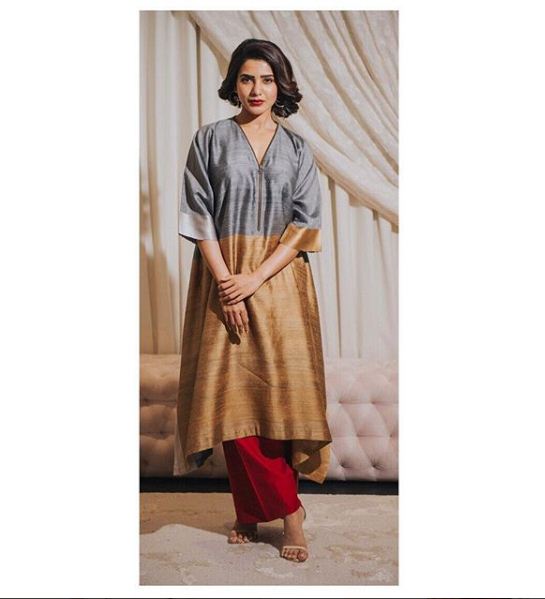 How did you find this look of Samantha? Share your views in the comments section below.

Coming back to the launch event, Tamil film Irumbu Thirai starring Vishal, Arjun Sarja and Samantha Akkineni in lead roles is being dubbed into Telugu and is titled Abhimanyudu. Directed by PS Mithran, Abhimanyudu shows the other side of cyber world and refers to the Aadhar card as well. The Tamil version, Irumbu Thirai, is being appreciated by everyone including the critics and the makers hope to receive a similar response to Abhimanyudu as well.

Speaking to the media ahead of the release, actor-producer Vishal said, “I will never forget the love I received from Telugu audience. Right from my first film, Prema Chadarangam, Telugu people have loved me always. We are good to go with Abhimanyudu and the censor is done too. As filmmakers, it is our responsibility also to show what is happening in the society and Abhimanyudu is one such movie. I’m not against any party or any individual, but we are only trying to show the consequences of Aadhar card and digital world.”

Female lead actor Samantha Akkineni too spoke at the meet and said, “The appreciation that Rangasthalam and Mahanati have received has already made my year. I thank the press for being kind to me and supporting me all these years. Talking about Irumbu Thirai (Abhimanyudu), the film has received unanimous reviews from all around and I haven’t seen a film in many years receiving such good ratings. This is a very happy team and I feel happy to see them achieve this success. To be able to tell a story like this with a commercial balance if something. Abhimanyudu talks about a hard-hitting current topic.”