Tamannaah Bhatia wore bright pink pants paired with a crop top and embellished jacket by Papa Don't Preach and that made the outfit look more stunning.

Tamannaah Bhatia recently made a stunning appearance in a bold pink outfit at a launch event. The actress wore bright pink pants paired with a crop top and embellished jacket by Papa Don’t Preach and that made the outfit look more stunning. Keeping her outfit do all the talking, Tamannaah finished out her look with the simple open wavy hairdo, bright lip and strap heels. She is surely rocking in a pantsuit. Yay for us! What about you? 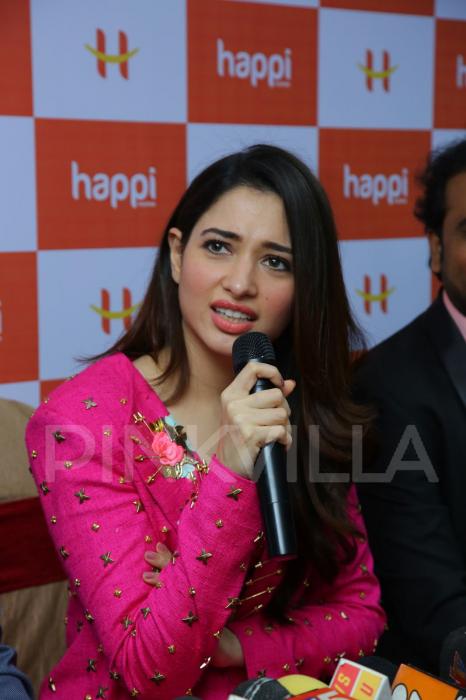 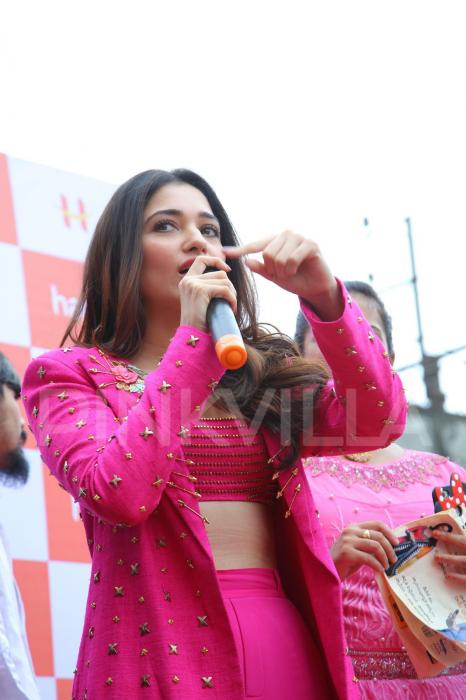 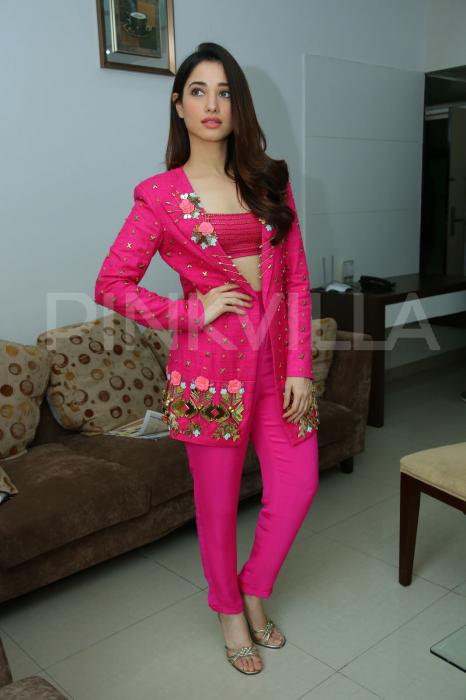 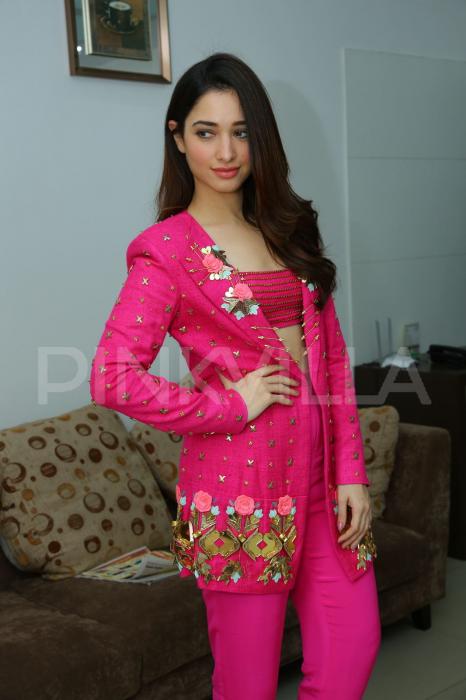 Besides, she will be next seen in Chiranjeevi’s Sye Raa Narasimha Reddy, Chakri Toleti’s Hindi film Khamoshi, and Udhayanidhi Stalin’s Kanne Kalaimanne. Tamannaah Bhatia is also shooting for the Telugu remake of Bollywood hit film Queen that starred Kangana Ranaut. The makers of the film recently wrapped the final schedule of the film and are looking for October release.