Actress Raai Laxmi was spotted at Mumbai airport as she returned from 65th Filmfare Awards (South) in Hyderabad. The actress was spotted in her comfy wear. Raai was clicked wearing a black dress and flats. She was all smiles for the shutterbugs while making her way outside the airport. 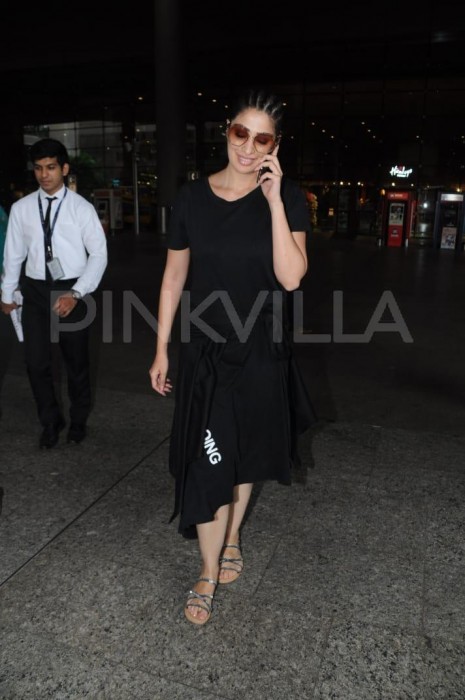 On the other hand, actress Shriya Saran clicked at the airport as she returned from her holidays. Dressed in a pretty short dress and heels, Shriya made a simple yet stylish airport appearance. 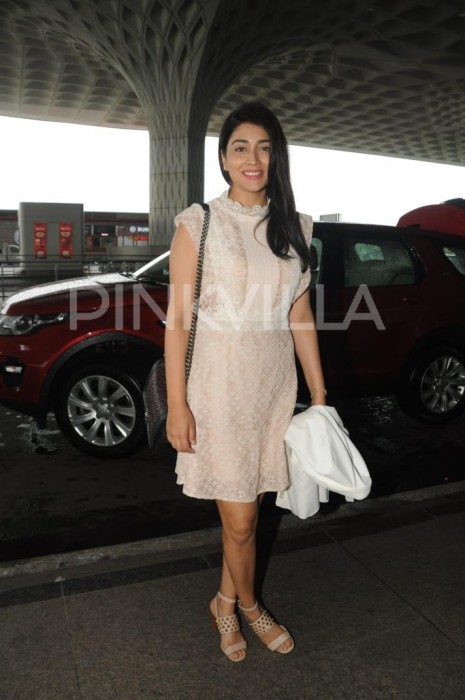 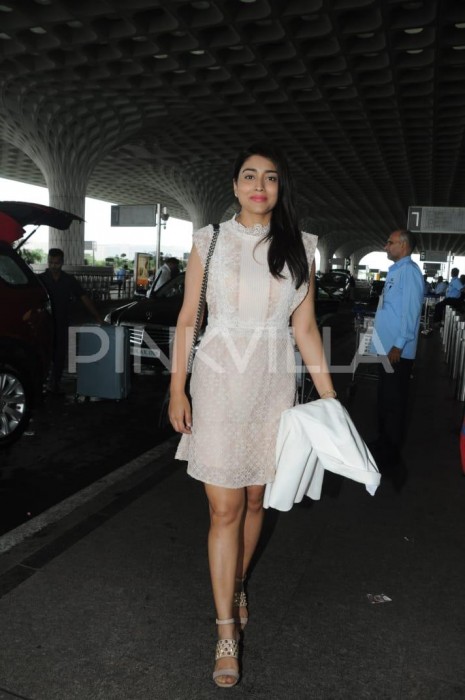 On the work front, Raai Laxmi will be next seen in the upcoming movie Neeya 2, which also stars Jai, Varalaxmi and Catherine Tresa in major roles. Regarding the movie, Raai recently in an interview with a leading daily said, “Neeya 2 has elements of fantasy, thriller, love, etc. This, too, is a ‘snake film’ like the yesteryear flick. I will be seen in three appearances in the movie; one among them will have a ‘naagin’ look”.

She further added, “All the three heroines in the movie appear in different time periods — present, past and future.”

Besides Neeya 2, Laxmi will be seen in Mammootty starrer Oru Kuttanadan Blog. Written and directed by Sethu, the shooting of the movie will take place in Alappuzha.

Talking about Shriya, the actress has two films- ‘Gayatri’ and ‘Naragaooran’ in her kitty. Last year in January, she was seen opposite Balakrishna in Gautamiputra Satakarni. Directed by Krish, The film did well at the box office despite releasing on the same day as ‘Khaidi No 150’ and received rave reviews. She was also seen alongside NBK again in ‘Paisa Vasool’ and delivered a decent performance.