Home » Telugu » Photos » Birthday Special: These photos of Rakul Preet prove that she is one lively lady

Birthday Special: These photos of Rakul Preet prove that she is one lively lady

As Rakul Preet turns a year older, we take a closer look at her personal/professional life.

The lovely Rakul Preet is arguably one of the most popular and talented actresses in Southern cinema today. A skilled performer, she has over the years found firm footing in the industry thanks to her good looks and sincere performances. Moreover, she has won the hearts of fans thanks to her simple nature, graceful personality and bindass nature. Today, as the lovely lady turns a year older, we take a quick look at her personal/professional life and celebrate what has been an eventful career.

Born in Delhi to a Punjabi family, Rakul began her career in 2009 when she starred in ‘Ghilli’ which was a remake of ‘7G Rainbow Colony’. Following this, she competed in the 2011 Femina Miss India and took a hiatus from films. Rakul ultimately returned to the big screen with a Telugu movie titled ‘Keratam’.

2015 proved to be a lucky her year for as she got the opportunity such as to work with bonafide stars Ravi Teja and Ram Charan. In 2016, she continued her rise to stardom and starred opposite Jr NTR in ‘Nannaku Prematho’. Besides this, she was also seen opposite Allu Arjun in the hit ‘Sarrainodu’. Earlier this year, she struck gold once again when her ‘Rarandoi Veduka Chudam’ fared well at the box office. Rakul was most recently seen in the Tamil-Telugu bilingual ‘Spyder’ and made an impact with her act.

On the personal side of things, Rakul is a sports enthusiast and has played golf at a national level. We wish her a happy birthday and hope that she continues impressing us with her work. Oh, and here are some nice pics of the birthday girl. 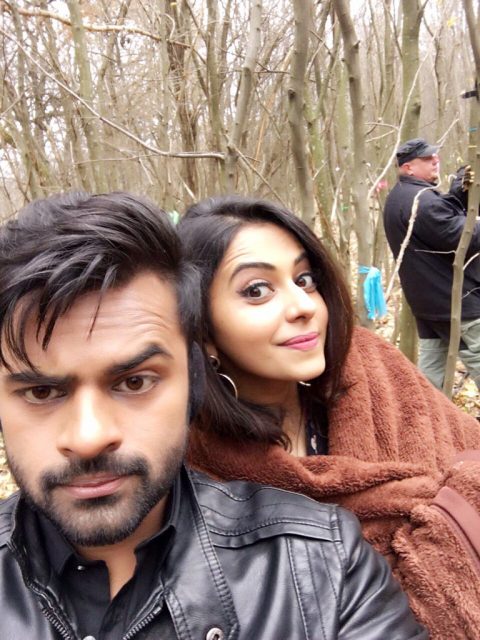 So, did you like these photos of Rakul Preet? Tell us in the space below.