Actress Raai Laxmi was spotted at Mumbai airport while she was heading for 65th Filmfare Awards (South) in Hyderabad. The actress was spotted in her comfy wear. Rai chose to wear military print leggings paired with an orange tank top and long jacket. She was all smiles for the shutterbugs before making her way inside the airport. 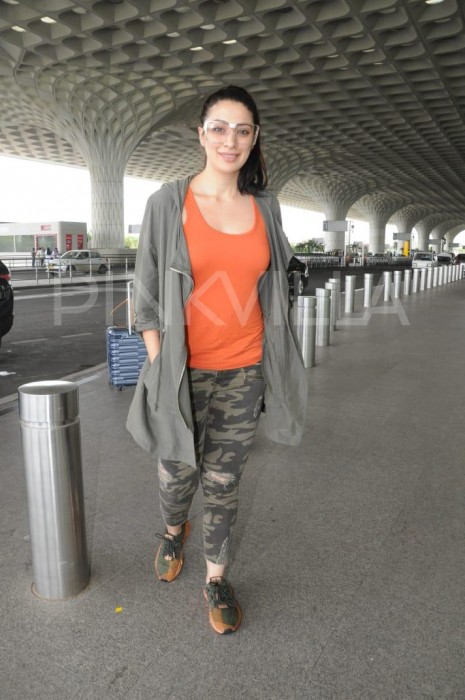 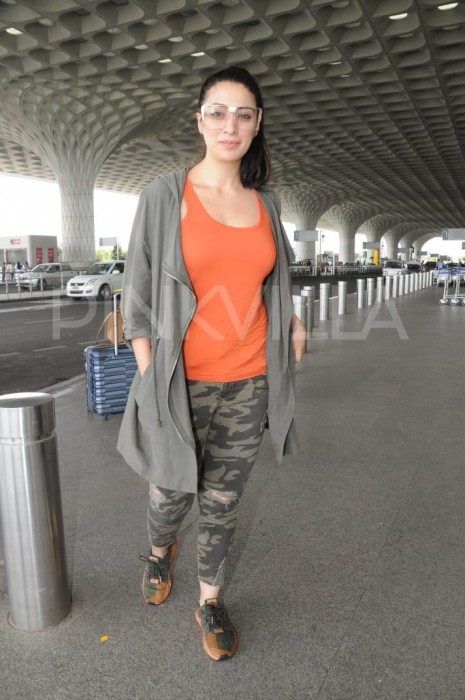 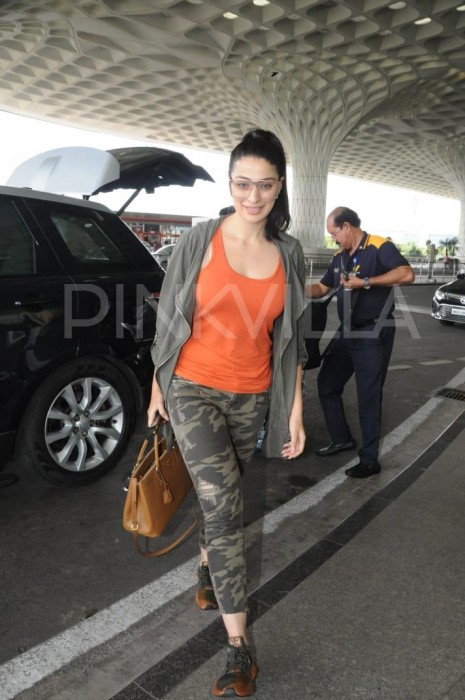 Filmfare awards will take place on June 16, i.e tomorrow. Many prominent names from the film industry will be seen in presence. Vijay Devarakonda has been nominated alongside the likes of Chiranjeevi, Balakrishna, Venkatesh, Prabhas and NTR Jr in the Best Actor category in the 65th Filmfare Awards (South).

On the work front, Raai Laxmi will be next seen in the upcoming movie Neeya 2, which also stars Jai, Varalaxmi and Catherine Tresa in major roles. Regarding the movie, Raai recently in an interview with a leading daily said, “Neeya 2 has elements of fantasy, thriller, love, etc. This, too, is a ‘snake film’ like the yesteryear flick. I will be seen in three appearances in the movie; one among them will have a ‘naagin’ look”.

She further added, “All the three heroines in the movie appear in different time periods — present, past and future.”

However, I have combination scenes with the other two. Regarding her future projects, she said, “I will be announcing my second Bollywood project soon. Also, I’m doing a film with Mammootty sir in Malayalam. This is the fifth or sixth movie I’m doing with him”.

Besides Neeya 2, Laxmi will be seen in Mammootty starrer Oru Kuttanadan Blog. Written and directed by Sethu, the shooting of the movie will take place in Alappuzha.