KTR and Ram Charan attended the audio launch of ‘Kaadhali’ yesterday in Hyderabad.

There can be no denying that Ram Charan is one of the most charismatic and popular young stars in the Telugu film industry, today. Ever since making his debut in 2007 with ‘Chirutha’, , the 32-year-old star has found firm footing in the industry courtesy his good looks, boyish charm and sincere performance. Moreover, he has worked with some of Tollywood’s finest directors right from SS Rajamouli to Srinu Vaitla to name a few.

Now, his fans have a reason to rejoice. In an exciting development, the actor attended the audio launch of the Telugu movie ‘ Kaadhali’ at a posh hotel in Hyderabad, yesterday. As expected, the event proved to be quite a high profile affair and created a buzz amongst fans. Besides Charan, Telangana minister KTR too graced the occasion.

Interestingly, Charan and KTR got along quite well and were spotted having a chat. Here are some pics from the event. 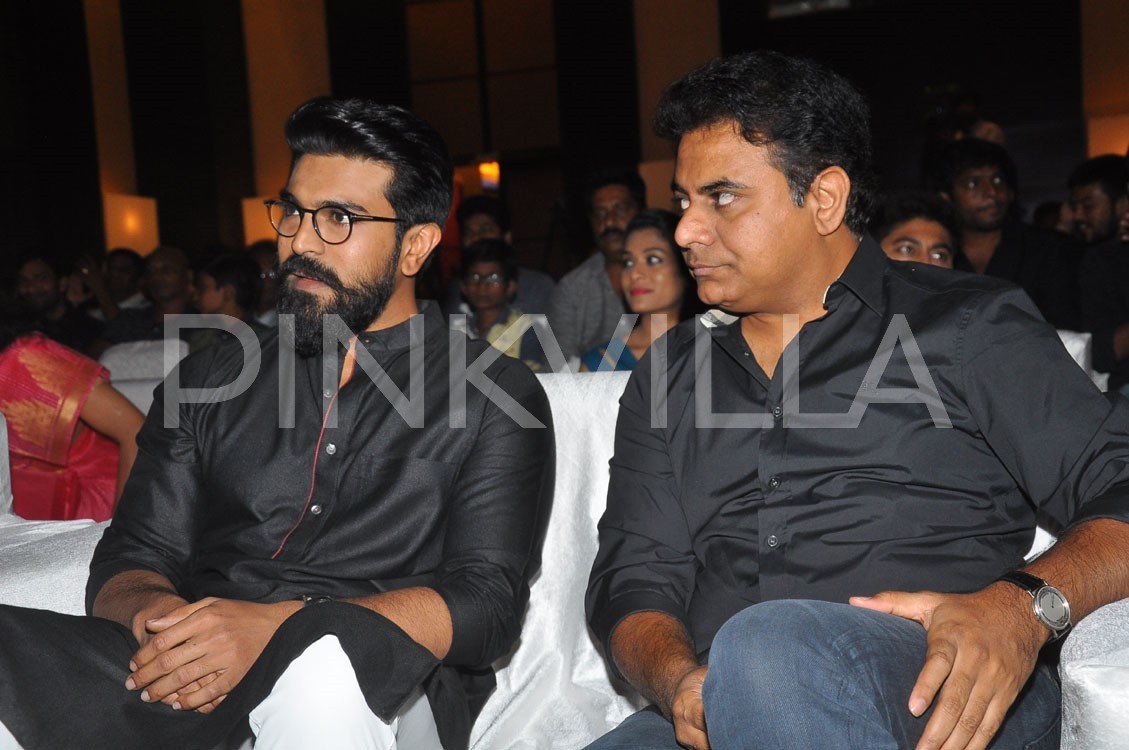 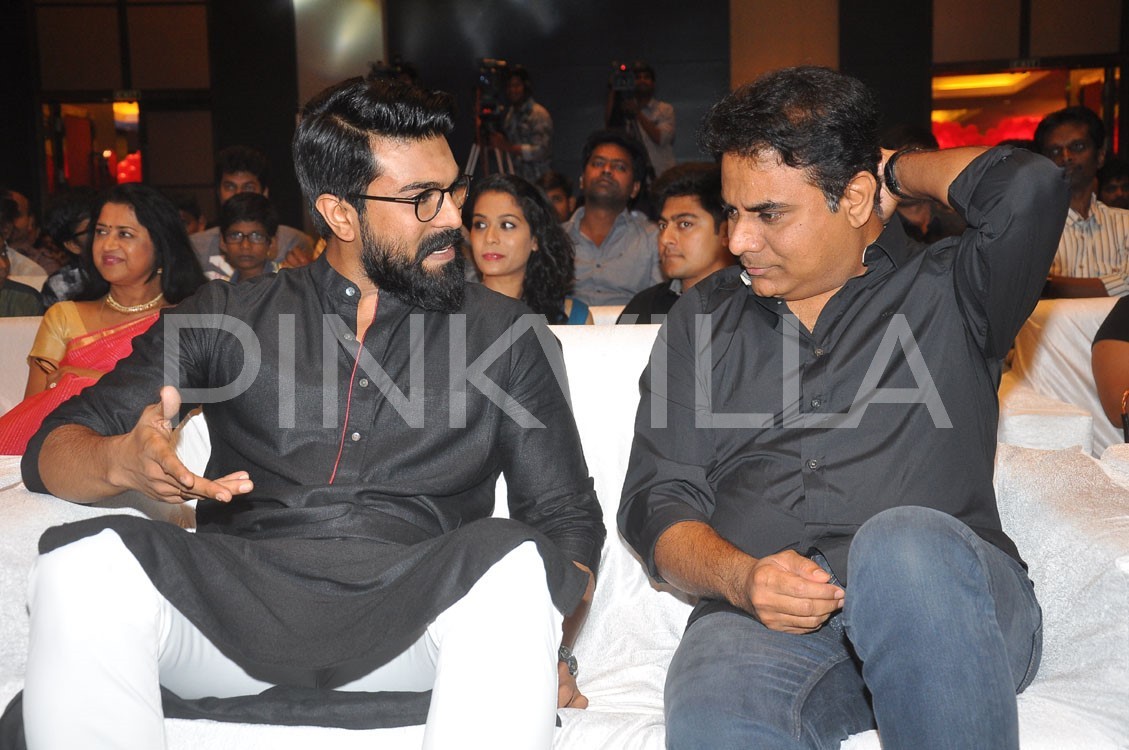 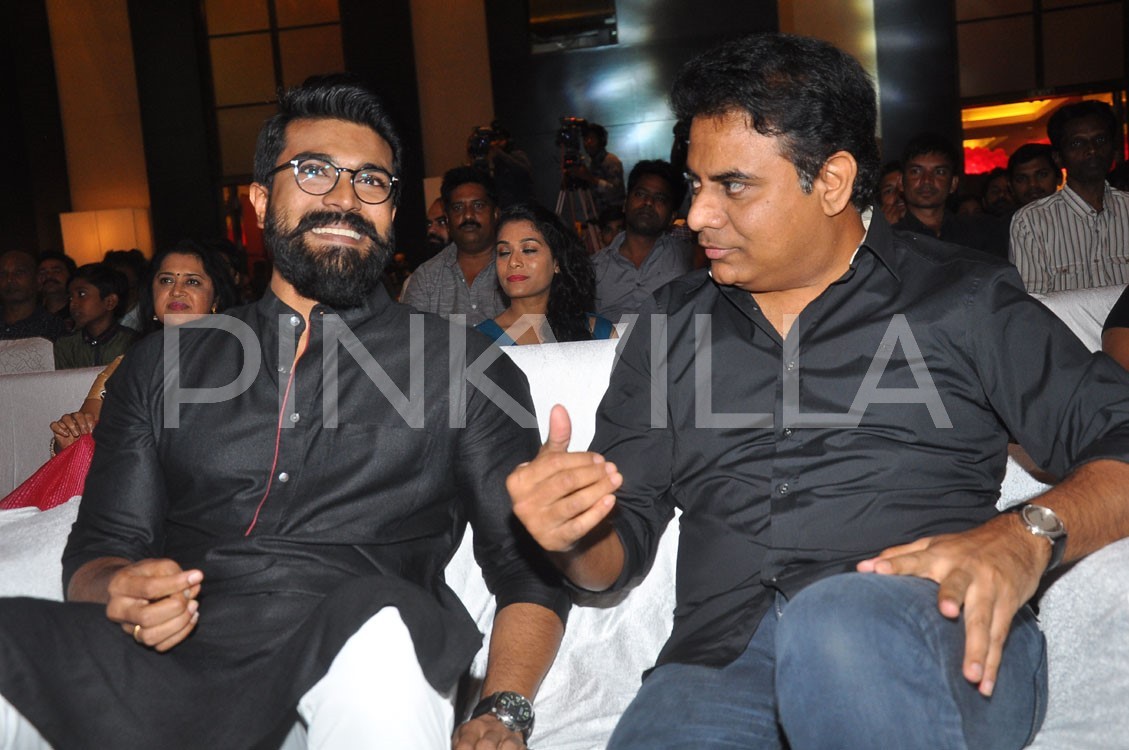 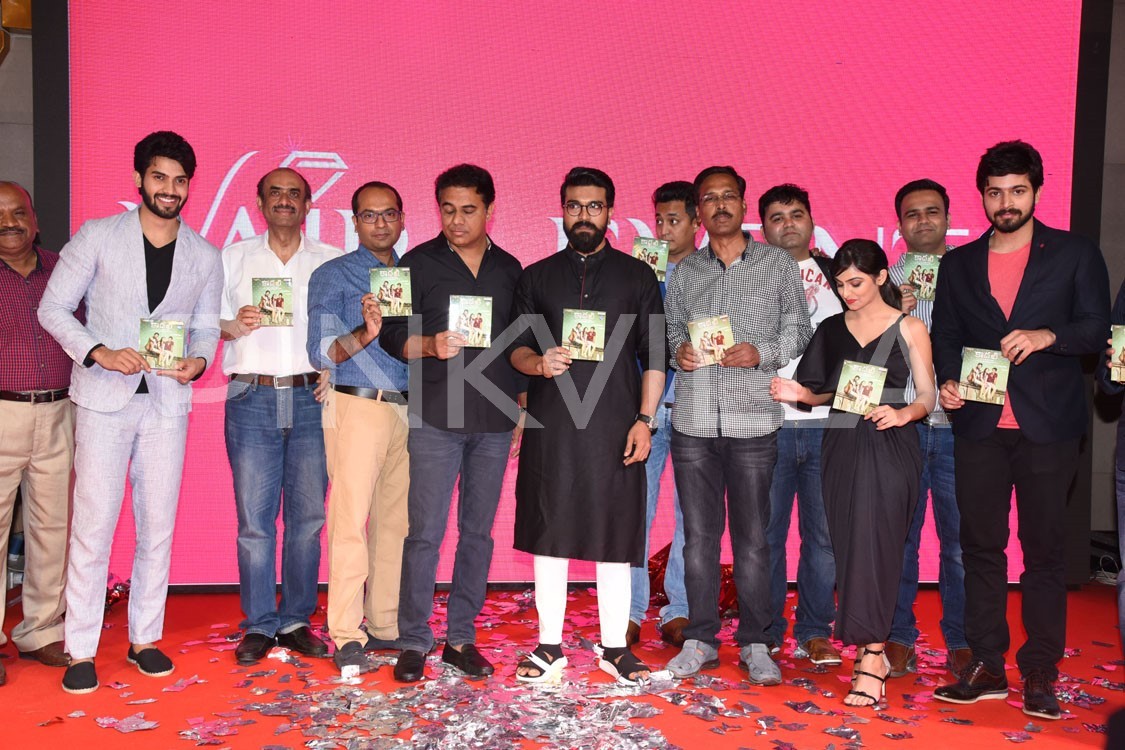 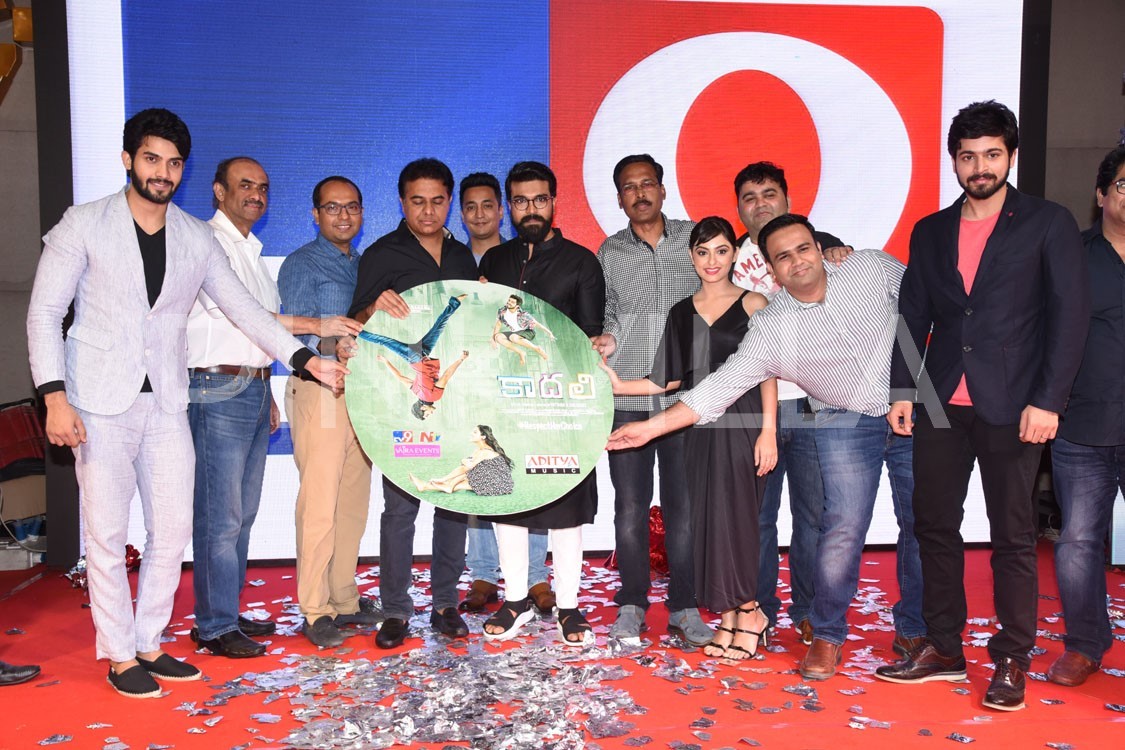 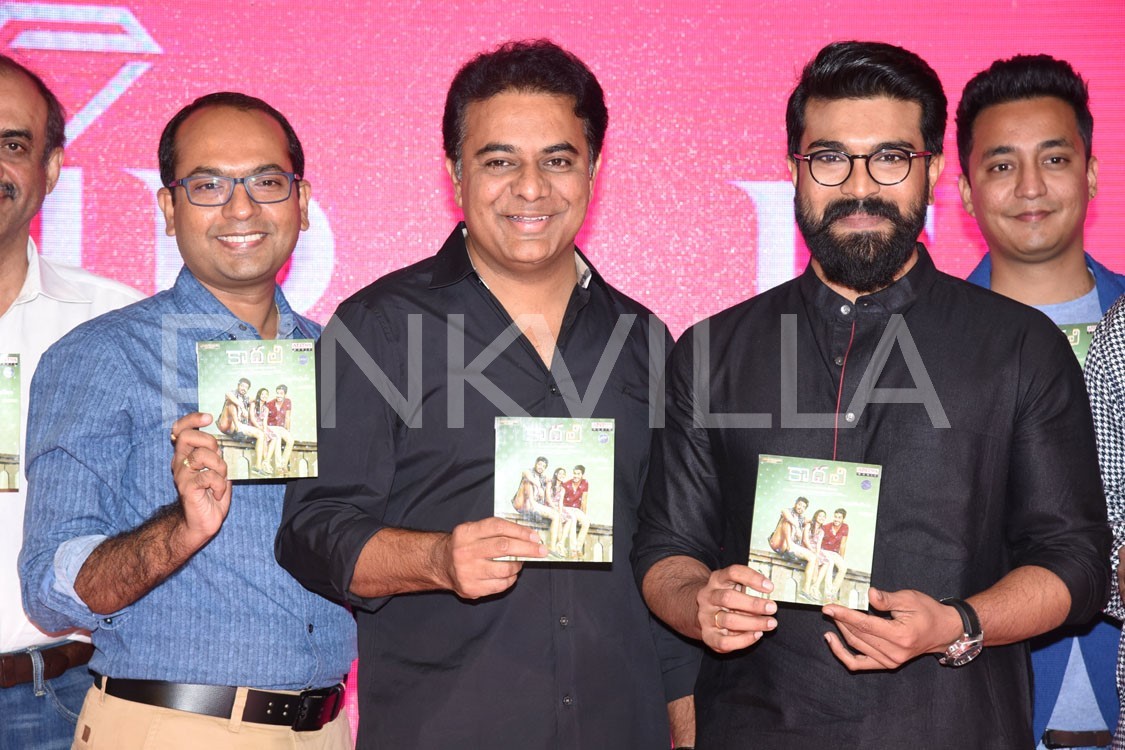 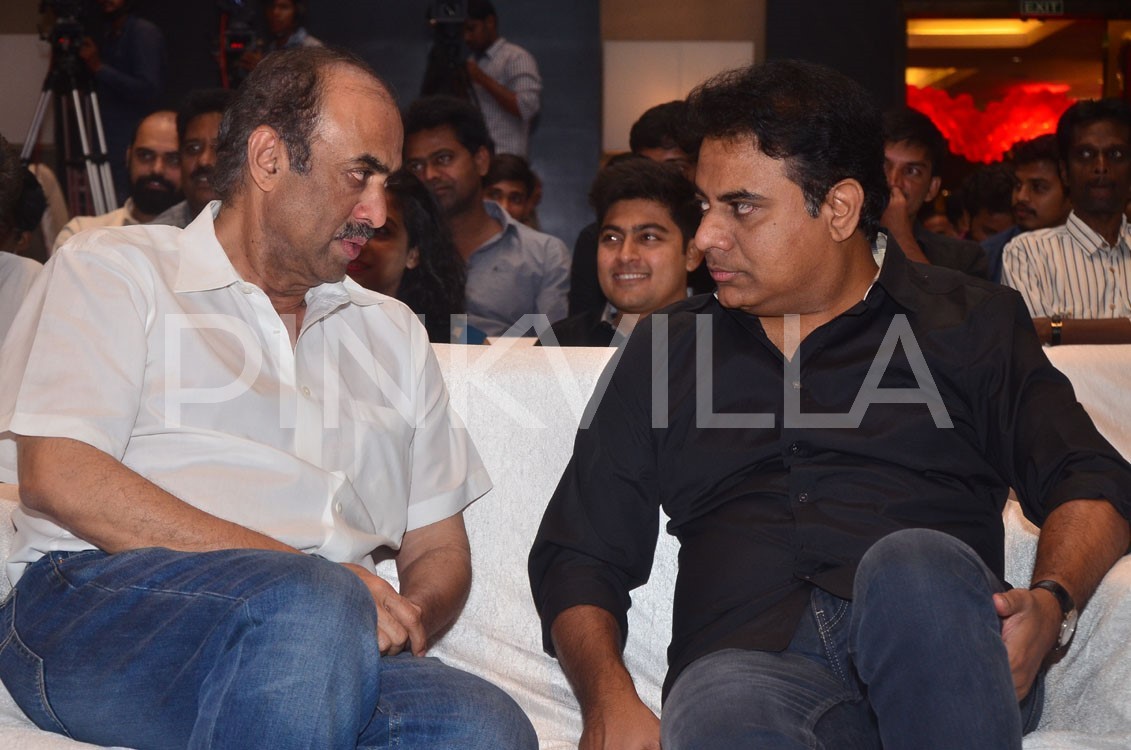 It goes without saying that Charan carried off his bearded avatar quite well and proved that he is one stylish person. Way to go!

On a related note, he is currently shooting for RC 11.It is being directed by Sukumar and also features Samantha Ruth in the lead. As far as ‘Kaadhali’ is concerned, it revolves a young lady who likes two guys and explores the theme ‘respect her choice’. It features newcomers Pooja, Harish Kalyan and Sai Raunak in the lead. The makers chose a Tamil tile for it as the female character in the film hails from Tamil Nadu.