The actress was clicked making her way at the airport wearing black culottes paired with a white plain top.

Shriya Saran is one of the most talented and popular stars in the Southern film industry. The talented actress has won hearts of her fans with her stunning personality and perfect style game. Shriya was recently spotted at Mumbai airport in a cool appearance. The actress was clicked making her way at the airport wearing black culottes paired with a white plain top. The gorgeous was all smiles for the shutterbugs which only made her look more beautiful. Sporting a casual look, the ‘Gopala Gopala’ actress looked smart and seemed to be in a good mood. She surely knows how to leave an impact with grace at the airport. 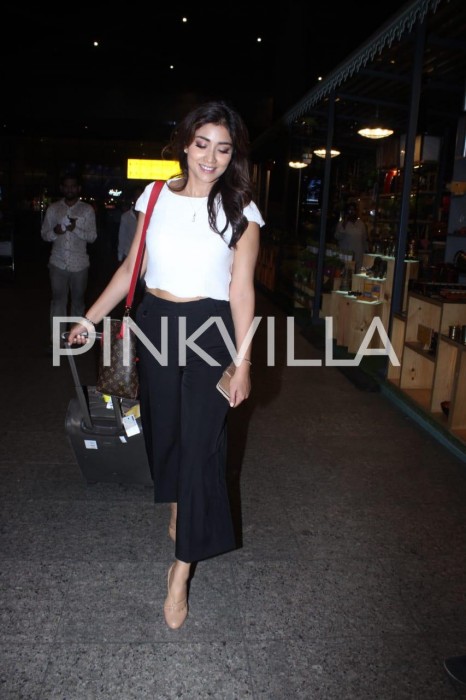 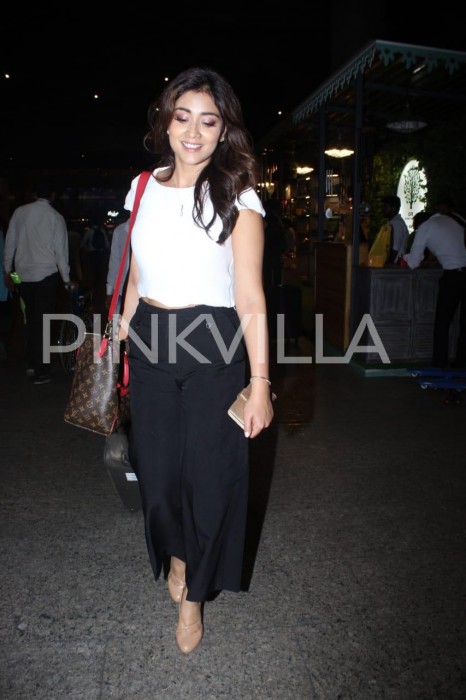 On the work front, Shriya Saran has two films- ‘Gayatri’ and ‘Naragaooran’ in her kitty. Last year in January, she was seen opposite Balakrishna in Gautamiputra Satakarni. Directed by Krish, The film did well at the box office despite releasing on the same day as ‘Khaidi No 150’ and received rave reviews. She was also seen alongside NBK again in ‘Paisa Vasool’ and delivered a decent performance.

On the personal front, the actress got married to her long-time Russian boyfriend, Andrei Koscheev in March this year. It was a low key affair attended by very few celebrities. The only celebrities present at the private affair were Manoj Bajpayee and Shabana Azmi.