The mortal remains of the legendary filmmaker was placed at his residence in Hyderabad.

After a prolonged illness, prominent filmmaker and writer Dasari Narayana Rao passed away on Tuesday, May 30, 2017, in Hyderabad. The South Indian film fraternity expressed their shock over the demise of the legendary filmmaker since he was one of the pillars of strength in Tollywood. The mortal remains of Dasari Narayana Rao were brought back to his residence in Hyderabad and celebrities from the film fraternity paid their last respects to him.

Daggubati Suresh Babu, Daggubati Venkatesh, Actor Ali and producer C Kalyan among many others visited Dasari’s residence to pay their last respects. Manchu Mohan Babu was by his side since the moment he was said to be critical in the hospital. Mohan Babu is one of those actors who was introduced and encouraged by Dasari Narayana Rao, and they shared a great bonding.

Dasari Narayan Rao made his debut as a director in Telugu cinema with Thatha Manavadu which had yesteryear comedian Raja Babu as the lead actor. Thatha Manavadu won a state Nandi Award. The film was screened in the theatres for a record 25 weeks.

Besides being a filmmaker, Dasari Narayana Rao was a politician, writer and a poet. The actor holds a Limca world record for directing the most number of films. Besides Telugu, Dasari has directed few Bollywood, Tamil and Kannada films too.

Paying their respects to Dasari Narayana Rao, all the shootings that are in progress in Telugu industry currently have all been cancelled for tomorrow, May 31, 2017. The Telugu Film Producers Council made this announcement and mourned the demise of the legendary personality.

We present to you few photos of celebrities who visited his residence to pay last visits: 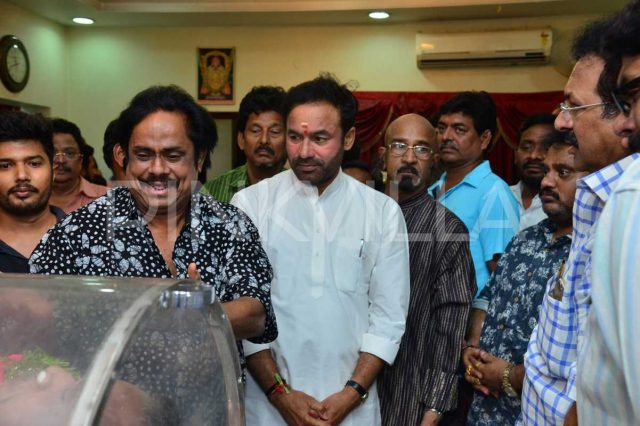